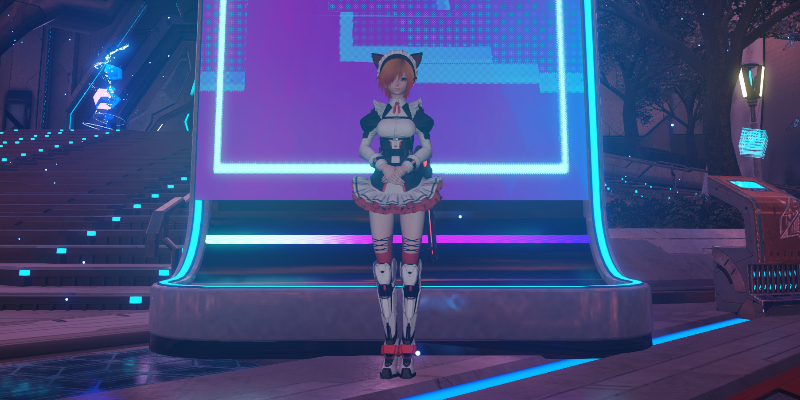 To celebrate the ninth anniversary of Phantasy Star Online 2, Sega is running a new event. Until August 4, players will be able to earn Seasonal Points by various means, which can then be used in PSO2 New Genesis to purchase items from the new NPC, Xiandy.

Xiandy is located by the stairs leading up to the large tower in Central City. To earn Seasonal Points to spend at her shop you’ll need to farm them, and the best way to do so is by completing any tasks that reward them and farming mobs in relevant PSE Burst zones. Up to 99,999 can be earned per week and the event will run over four weeks.

What to buy from Xiandy

It’s all good and well earning Seasonal Points, but all that time grinding them out is wasted if you buy the wrong thing. Not all of Xiandy’s offerings are worthwhile, whilst some of her other deals are too good to pass up. Understanding which items are worth buying is key to not misusing your hard-earned points.

There are two cosmetics available for this event. First, there’s the ‘Moony & Sunny – Heart’ chat stamp. When consumed this gives the player access to a new stamp showing these two adorable Tames monsters hugging a heart. It’s cute and at just 5000 Seasonal Points it’s worth purchasing if you like the look of it.

The other cosmetic available is the Twinkling Ribbon accessory. This is a hair ribbon that can be used to personalize your character’s look a bit. Once again, it is only 5000 Seasonal Points so feel free to purchase this if you feel it suits your character’s aesthetic. Be aware, though, that neither of these cosmetics are tradable. This means that you can’t horde them to be sold off for a sizable profit in the future once they become rarer.

For 1000 Seasonal Points you can buy 20 Star Gems to use in PSO2 New Genesis. Star Gems are used in the SG Shop, accessible through the shop button on the main menu. In this shop, various items can be purchased like items that increase rare drop rates and a Salon Pass to customize your character with. 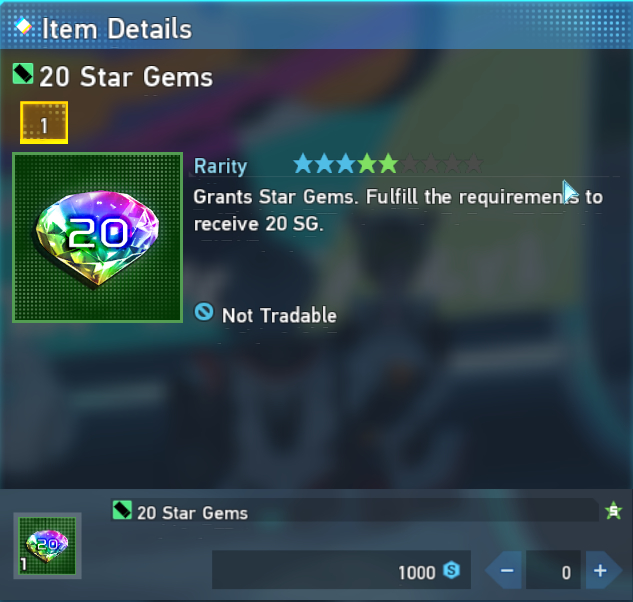 This isn’t the worst deal but it’s also not the best. I’d recommend checking out the SG Shop and looking at everything that’s available. If nothing else, it might be worth purchasing one N-Rare Drop Rate [24h] +50%. These can be used on the release day of a new boss to greatly increase the chances of rare drops. Given how expensive these unique items tend to be on day one there’s serious N-Meseta to be made.

Many players were excited for the brand new weapon series announced for this anniversary. The Glissen weapons are three-star rarity and are the first weapons in New Genesis to feature an elemental bonus. They can be purchased from Xiandy for 10000 Seasonal Points. Against enemies that are weak to electricity, Glissen weapons deal extra damage. However, against enemies not weak to electricity they are greatly outperformed by regular four-star weapons.

In practice, this series isn’t that great. Although Glissen is best in slot against specific enemies, it isn’t worth the N-Meseta or N-Grinders required to level these up. Most players are better off purchasing the Resurgir weapons relevant to their class and then creating a more versatile multi-weapon. Alternatively, if it’s DPS you want, an upgraded Straga weapon performs about as well as a Glissen equivalent. Even if you really want to try a Glissen weapon out, I’d recommend grinding the PSE Burst areas for a drop instead. Spending Seasonal Points on these is wasteful.

Daily runs to harvest both can easily return in excess of thirty ore in less than five minutes. Players looking to maximize efficiency are better off doing that than spending Seasonal Points which take longer to grind. However, if you happen to need a specific upgrade and are out of ore spawns to mine, this is an okay alternative.

Four augments are available at Xiandy’s shop for 1000 Seasonal Points each: Lightning Exploit I, Might III, Precision III, and Technique III. The latter three are all good options for melee, range, and techs respectively. If you don’t already have these augments and don’t want to grind them out, these provide decent value. 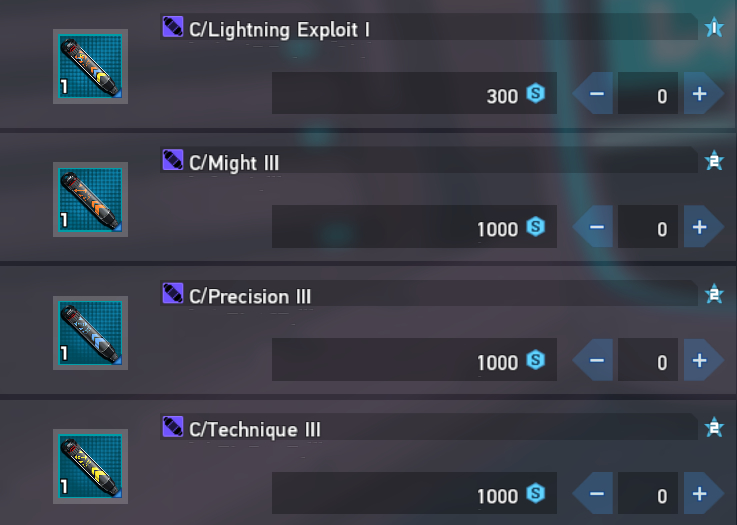 Lightning Exploit I is interesting because in a month’s time it won’t be that good. Over the course of July though it’s probably the best DPS augment in New Genesis. Most enemies in this event are weak to electricity. Given how cheap it is to purchase ten of these, putting them on either a weapon or unit could be worthwhile.

At just 300 Seasonal Points per one, this is well worth puring points into. An Alpha Reactor is an item in PSO2 New Genesis specifically designed to be sold. By talking to Eutroy the item vendor in Central City these can be sold for 3500 N-Meseta each. 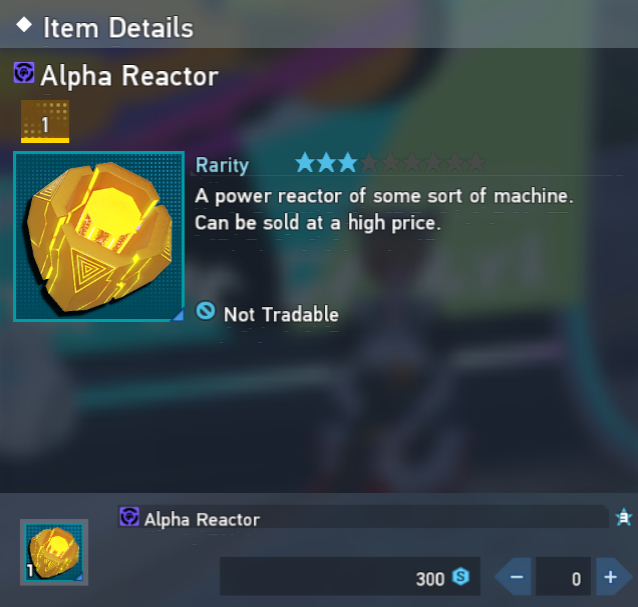 Up to 100 Alpha Reactors can be purchased from Xiandy. At 3500 N-Meseta each, that works out at 350,000 N-Meseta for just 30,000 Seasonal Points. This is worth prioritising over all of the shop’s other offerings, particularly for free-to-play players. Free-to-play players can’t sell items on the Personal Shop so making N-Meseta can be especially difficult. This is a great opportunity to make some fash N-Meseta to reinvest into equipment upgrades and cosmetics.

N-Grinders are the cheapest item available at Xiandy’s store costing just 100 Seasonal Points each. They are used to enhance weapons and units. For each weapon or unit used to upgrade one N-Grinder is required. Getting three units and a weapon to +40 requires hundreds of N-Grinders. 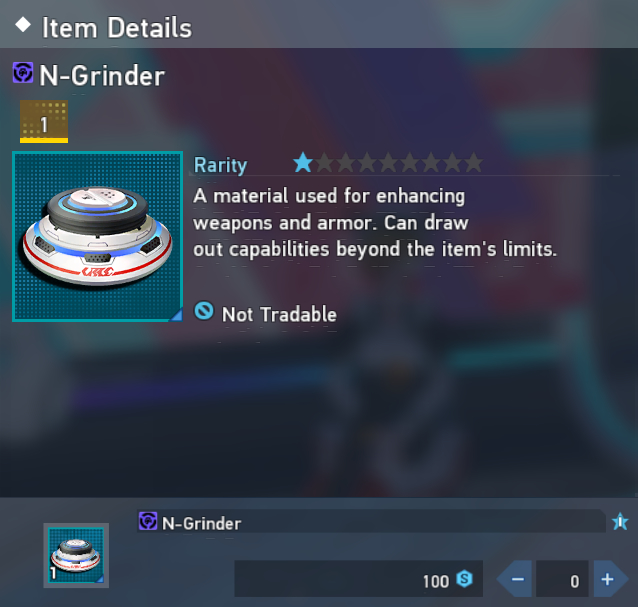 This isn’t the worst deal since it can save time for those looking to upgrade their equipment as soon as possible. Although, I don’t recommend purchasing too many of these as N-Grinders aren’t rare. By breaking yellow boxes across Aelio and killing Rappies they can be farmed in large quantities. It’s possible to stumble across hundreds of these without trying so unless you’re desperate there are probably better options.