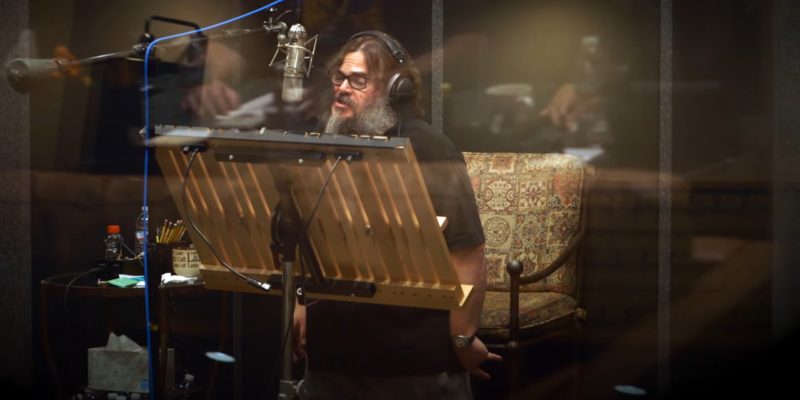 As part of this year’s Xbox Games Showcase 2020, Double Fine revealed some more details about Psychonauts 2. The popular 2005 platformer’s sequel was first announced last year but details since have been sparse. That is until now. Most notably, we now know that none other than Jack Black will be responsible for composing at least some of the game’s music.

Jack Black is arguably best known for his contributions to comedy rock band Tenacious D, but he has also played several roles in various movies. Some examples include Kung Fu Panda, Jumanji: Welcome to the Jungle, and School of Rock. Also, he played the main character of the action-adventure game Brutal Legend, Eddie Riggs.

Both Jack Black and game director Tim Schafer were widely responsible for the success of Brutal Legend. Black’s appearance in Psychonauts 2 is not a coincidence, as Tim Schafer is the lead director behind this project too.

One of the big changes this time around is that the Psychonauts license has been acquired by Microsoft. The original game was published by Majesco for just about every notable 2005 platform. Contrary to what you may expect, Microsoft is not gatekeeping the sequel. As was the original plan, Psychonauts 2 will still launch on PC, Xbox, and PlayStation.

The trailer provided a glimpse of what kind of gameplay fans should expect. Unsurprisingly, it seems to borrow many ideas from the original game. This means you can look forward to an old school action platformer with a fresh lick of paint.

The final release date was not confirmed as part of the conference. Psychonauts 2 has already been delayed once, so fans may have been eager to get some confirmation on its launch. Regardless, you can likely expect to see Jack Black in action either late 2020 or early 2021.

Fable returns with a teaser trailer, and that’s about it