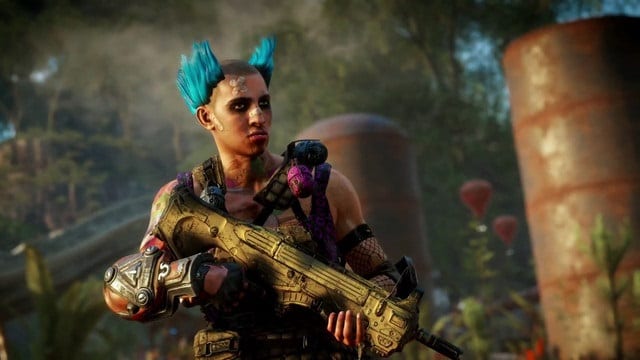 Rage 2 had a mostly positive reception when it launched back in May. According to our review, it is an above-average shooter, though with a lackluster story and a very bare open world. Even before the official release, Bethesda Softworks had already published a roadmap for the game, promising a lot of content for 2019. In July, we saw the release of the New Game Plus mode. Today, Bethesda announced that the Rise of the Ghosts expansion will release on Sept 26, a couple of weeks from now. You can see the reveal trailer below, in case you missed it.

For this expansion, Avalanche Studios and id Software “cracked the insanity factor,” already quite high in the base game, from “an 11 to a 12.” This should make for a seriously insane expansion. Rise of the Ghosts features a brand-new story in a new region, the Overgrown City. This is a city that’s littered with the Ghosts, a cannibalistic faction infused with Feltrite Crystals. The expansion includes a new weapon, the Feltrite Laser Launcher, which can disintegrate the Ghosts. There’s also a new ability, called Void, that allows players to use the force on Ghosts, suspending them in the air.

Rise of the Ghosts and more

Rage 2: Rise of the Ghosts releases on Sept 26 for PC, PlayStation 4, and Xbox One. You can find out more about the expansion on the official website.