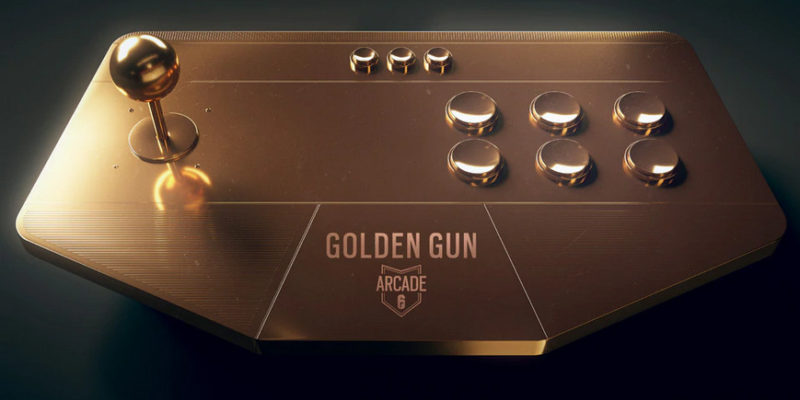 The world of Rainbow Six Siege is filled with constant tactical action. Even Splinter Cell‘s Sam Fisher has gotten in on the action. But, every now and then, you have to take a break from the whole “save the world” thing and have a little fun. Ubisoft is giving players a chance to blow off a little steam over the next few days by reintroducing the golden gun arcade mode to Rainbow Six Siege. The limited-time mode will run from October 1 to 5.

The rules of the golden gun arcade mode should be familiar to anyone who played Goldeneye back in the day. You get a pistol that can kill anyone in a single hit, but can only fire a single shot before you have to reload. If you hit your shot, you get immediate gratification. If you miss, however, you open yourself up to being domed by a more shrewd gunner. The latest side mode for Rainbow Six Siege isn’t just about killing though. Each match can be won by either killing all 5 enemy operators or by securing an area. The three maps included are Border, Coastline, and House.

There are a couple of other limitations. Mira, Goyo, and Amaru will all be sitting this exercise out. Deployable shields will also be disabled to prevent any exploits. Players who hop on Rainbow Six Siege during the event will be able to purchase a limited-time skin for the D-50 pistol. The skin, aptly titled “Extravagance,” will be available only during the event for 12500 Renown. Ubisoft has said it can also be purchased for 360 R6 Credits. It is currently showing up in game for only 300. 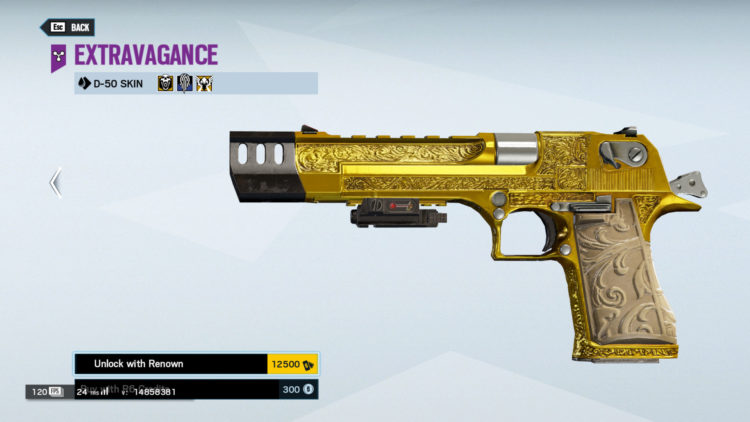 Rainbow Six Siege has been experimenting with these short-form modes for a while now. While the Rainbow Six Siege golden gun arcade mode may only be around for a few days, if players respond well, Ubisoft plans on bringing it back again in the future. In the meantime, try not to get spawn-peaked on Coastline.