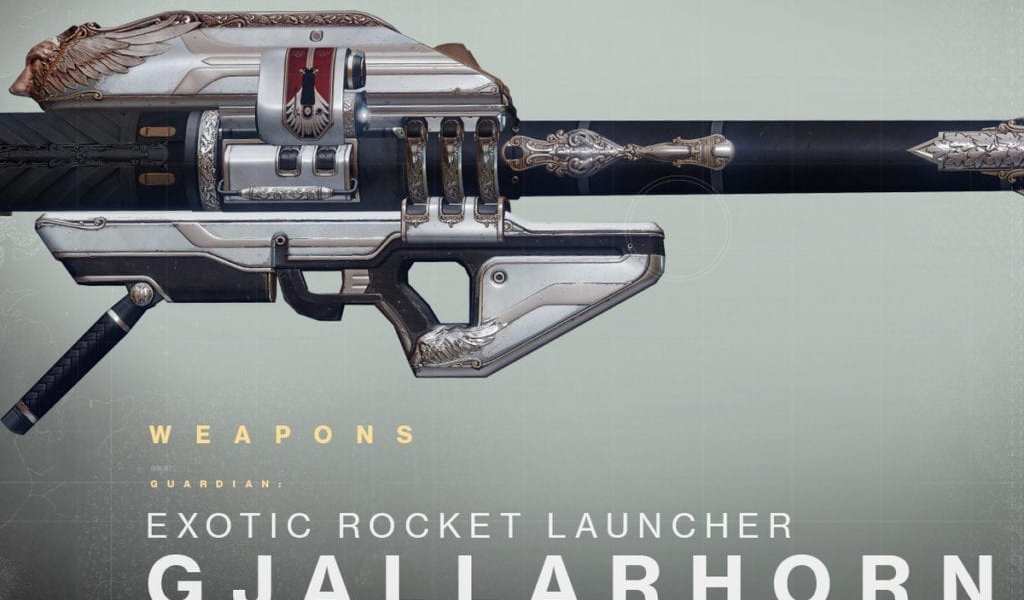 Ahh, the Gjallarhorn, gaming’s answer to the question: “What if we turned the BFG 9000 into a rocket launcher?” It is the most well-known weapon from Destiny and more recent FPS games. The rocket launcher stands side by side with the aforementioned BFG from Doom and Goldeneye 007’s Golden Gun as virtual weapons that have become iconic. That’s why the celebrations for “Gjallarhorn Day” have erupted, in which even Reddit admins have gotten involved.

Watch the video below showing various Guardian reactions to getting the Gjallarhorn as a random drop in the game. 3:00 happens to be our favorite.

For those unaware, Gjallarhorn was an exotic rocket launcher that fired mini-tracking explosives called Wolfpack Rounds. These were devastating to behold in Destiny, and it was used to great effect. Raiding teams melted bosses in seconds all because of this bad boy. It was also sold fairly early on during Destiny’s lifespan. On its second week since launch, an NPC called Xur sold the Gjallarhorn and millions of players skipped out on it. After all, the currency known as Strange Coins had been hard to come by, and so no one was sure if it was worth spending on a rocket launcher.

Time passed, and players witnessed videos of others destroying Atheon, a boss in the Vault of Glass raid. Then, its true power unfolded, becoming a requirement for many LFG teams. By the time the second DLC House of Wolves came out, the majority wanted teammates to have it because it made everything a breeze.

It was a weapon that everyone desired to have, but since Xur sold it during the second week, it hadn’t made an appearance again. All you had to rely on was RNG to reward you. Until… August 14, 2015. Xur, who had been selling an assortment of weapons every weekend, suddenly, to the surprise of everyone, sold Gjallarhorn again! I remember during those days when people literally did double takes, not knowing if they were seeing things. Bungie claimed that they did not influence what Xur was selling… okay.

Much fanfare ensued in the game, among clans, and throughout social media. On Reddit, everyone exploded with excitement and exuberance. August 14, 2015, became known as Gjallarhorn Day. It was an event to mark one of the greatest moments in the history of the Destiny community, and fans decided to celebrate it on the Friday closest to August 14th each year.

Here’s a video of reactions when Xur sold it on that fateful day.

On the first Gjallarhorn Day, players saw the main Destiny subreddit, r/DestinyTheGame (r/DTG), make it to the front page of Reddit. Because of all the commotion, people from many Reddit forums tuned in to see what was going on. To this day, the top post in r/DTG remains when user The_Orange_Bird asked for 5,000 upvotes to turn r/DTG into a Club Penguin-themed subreddit. He didn’t just get 5,000; no, his post garnered 69,000. Other users followed suit in succeeding years as well. Even former r/DTG boss, Cozmo23, who’s now a Community Manager for Bungie, spurred on the fun.

This year is no different. Cozmo23 and the Bungie folks asked for upvotes and revealed they’d be handing out Cayde statues. Cayde is a beloved NPC in who will, unfortunately, meet his end in the upcoming Forsaken expansion for Destiny 2. Many r/DTG users and players also joined in on the mix:

Even the admins of Reddit joined in on the fun. Reddit’s own Br0000d posted an image of a Ghaul figure getting “shadowbanned” or getting dumped in the trash bin. And Redtaboo also popped up. With several posts on r/DestinyTheGame making it to Reddit’s front page in a short span of time, what else can you expect?

A personal experience with Gjallarhorn in Destiny

Even though Gjallarhorn Day is officially over (aww), I can definitely relate to all the craziness going on. I was one of those who skipped on grabbing the weapon when it was originally sold. When it became a mainstay of PvE raiding, I was often asked by random people if I had one. I was in fear of getting kicked. I had to make up for it by being more skillful and knowledgeable so as not to make the team feel like I’m a burden — all because of lacking one weapon.

During The Dark Below in the Crota’s End raid, because I didn’t have the Gjallarhorn, I simply told people that I’d “use the sword” to take down the boss. I had to practice masterfully in bringing him down in one phase, all while my Gjallarhorn-wielding fireteam sat by a window relaxing.

Come House of Wolves and the Prison of Elders, players used the Gjallarhorn to melt Skolas in a couple of seconds. You can see that in action in the video above courtesy of another Destiny Guardian. If you did not have a Gjallarhorn, you could not bring him down fast enough. You actually had to — gasp! — learn the entire encounter’s mechanics. I ended up having to develop strategies and become a Sherpa (guide) for various groups who were struggling all because they didn’t have that launcher. 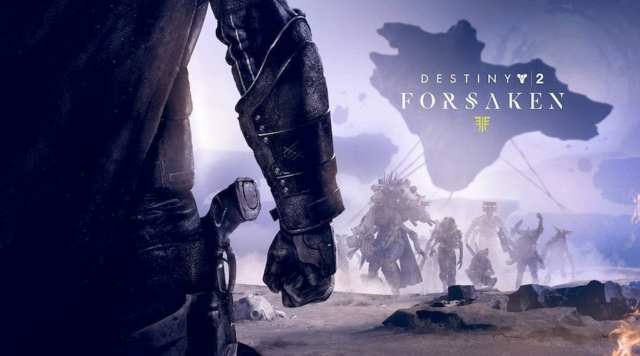 Another Gjallarhorn Moment in Destiny 2?

September 14, 2014, saw the release of Destiny. It took me 9 months to finally obtain the Gjallarhorn from a random drop. Yes, 9 months! To put that in perspective, my son, who was born a couple of weeks premature, had a shorter time in the womb than me obtaining the weapon! And I played every week!

I remember that my Gjallarhorn Moment happened when it dropped during the Deathsinger encounter in Crota’s End with little to no fanfare. I simply yelled an expletive and then said: “Oh, I finally have it.” Then I audibly sighed, knowing that the wait was over.

Destiny 2 became available for PC, not just exclusive to consoles. As you can see, we’ve done a lot of coverage on the franchise. It has a dedicated following of members who actively participate in its community, and that’s a community which PC players are joining now. Still, we’ve always wondered: “Will we have another Gjallarhorn Moment?” Time will tell. Who knows, maybe future expansions for Destiny 2 will bring Gjallarhorn back.

For those of you who have the game on the PC now, did you experience a Gjallarhorn Moment years ago? Let us know.

Twitch competitor Steam.tv goes live, then gets taken down [update]