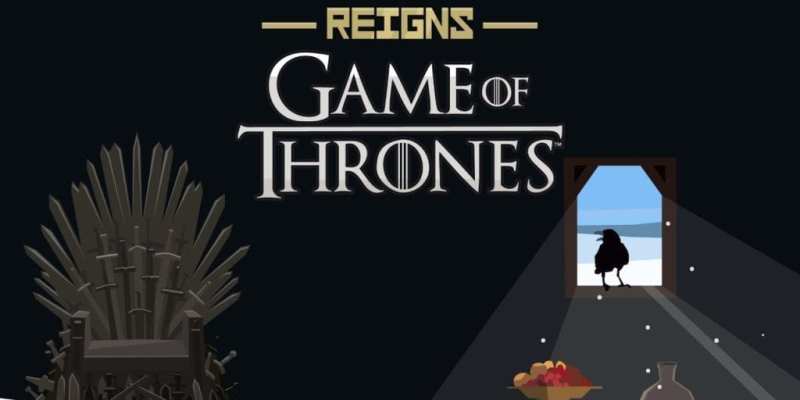 Game of Thrones fans are in for a treat come October.

Nerial, Devolver Digital, and HBO today unveiled Reigns: Game of Thrones, an exciting new entry in their smash-hit swipe ‘em up Reigns series. This new edition is based on the award-winning HBO TV series Game of Thrones.

Although the Reins series itself has found some popularity on mobile devices, it and Reigns: Game of Thrones are also be available via Steam.

In Reigns: Game of Thrones, you guide one of the many famous characters from the show. Heroes and villains including Cersei Lannister, Jon Snow, Daenerys Targaryen, and more, will all be at your disposal.

You can swap around each of the characters, taking on new challenges and figuring out mysteries. As an example, you can use the power of the Red Priestess, Melisandre, to view the doings of other characters. From what we’ve been told, you can even find out what would happen if Sansa Stark married Jaime Lannister. Fanfiction writers are going to lose their minds. 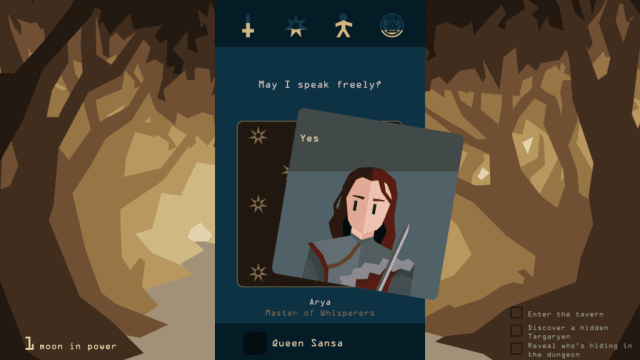 Fight for the throne

Basically, players choose characters in order to lay claim to the iconic Iron Throne. However, you need to carefully navigate the somewhat complex relationships and hostile factions of the Seven Kingdoms.

“Employ ruthless tactics to outwit political rivals, wield impervious charm on your fickle bannerman, and maintain the balance and favor of the people to extend your reign to maybe, one day, survive the horrors of a winter in Westeros. Decide the fate of Seven Kingdoms and those that reside in your land to the soaring score of the HBO series.”

It sounds very interesting and does look like an old-school style RPG design wise. Reigns: Game of Thrones will be available on the App Store, Google Play, and Steam for £2.99, $3.99, or €3.99 (depending on locale). It will launch officially on October 18, but you can pre-order now. For more information check out the website.

The Destiny 2: Forsaken “Last Stand of the Gunslinger” trailer hits you right in the feels