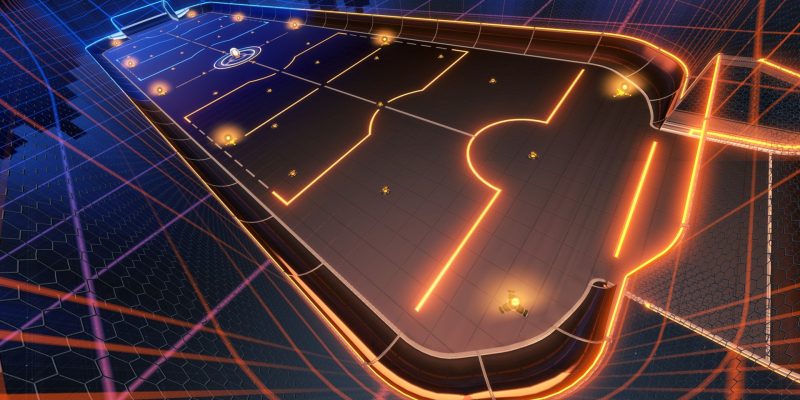 Rocket League revealed on Twitter that a new Rocket Labs limited-time mode (LTM) called Corridor is now available in-game. This new arena follows on from the Galleon LTM that featured in Labs at the beginning of the year. Rocket Labs are Psyonix’s way of experimenting with Rocket League gameplay. The quirky arenas mix up how the game is played and give players new ways to test their rocket car controls.

Galleon had an elevated area behind each goal, which made for some interesting defensive and offensive rotations. Corridor is a lot more straightforward. You could even say it’s twice as straightforward. The Corridor LTM is roughly double the length of the regular Rocket League arenas. It’s also a lot narrower.

Corridor is a 3v3 arena that could not be named more appropriately. It feels like you’re playing in a narrow hallway without much width to maneuver. While there isn’t much space to be found between the sidewalls, there’s a lot of room above. Corridor is an excellent arena to practice your aerials. There are also tons of boosts for you to pick up, so you’ll always have the power you need to soar. The gameplay in this Labs LTM is intense. The narrow arena means there’s less space to rotate and there’s usually at least one other car right on you. The elongated field might make you think that gameplay will be stretched. You would expect players to constantly be trying to launch the ball downfield and then chase it. In my experience, that is the opposite of what happens. Corridor is good for practicing your tight movement skills and quick defensive and offensive maneuvers.

Rocket League recently cruised into Season 3, with a whole new Rocket Pass full of rewards for players to unlock. Season 3 also introduced significant improvements to the trade-in system that makes it easier than ever to upgrade your unwanted items.