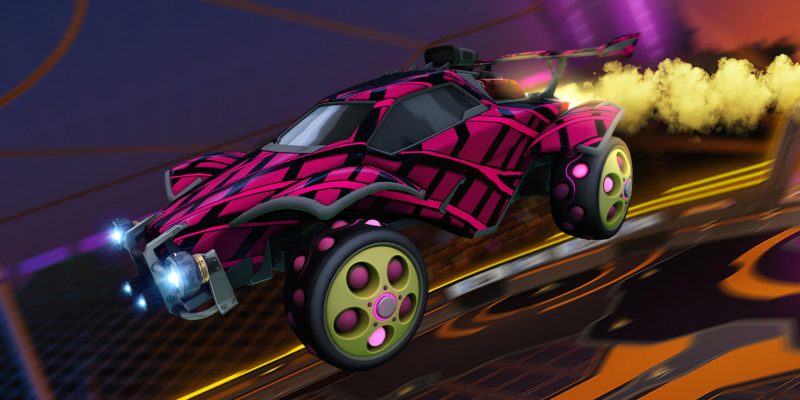 Players who prefer not to spend money on in-game cosmetics rejoice. For Rocket League Season 3, the trading system for cosmetics has received a much-needed update. The new system is considerably easier to use, and the eligibility of items is a lot more player-friendly.

If you’re unfamiliar with the system, you can trade five items of the same rarity for one item that is one tier higher. So, five Uncommon items for one Rare or five Import Items for one Exotic. Nothing about the quality of trading changes with the Rocket League Season 3 update.

Trade Ins are now managed from a specific section in the Garage. Eligible items are separated into three sections: Core Series Items, Tournament Items, and Blueprints. One very nice change is that Tournament Items can now be traded in regardless of the series they were earned in. Here’s what the new Trade In screen looks like.

Here’s what else is new in Season 3

Along with the simplified trading system, Rocket League Season 3 adds an update to the frame rate options for PC players. There is now a ‘Frames Per Second’ dropdown menu which will give you options to choose from based on your GPU and display. Your settings will also now be synced across all of your linked accounts.

Rocket League has also received a UI refresh to the match selection screen. In addition to that, Psyonix is continuing to add Monstercat content to Rocket League. The Season 2 headliner was Kaskade, a DJ from the label. There’s also some new content from musicians Vindata and Fransis Derelle. Plus, something from the sublabel, Monstercat Silk.

Of course, there are also a bunch of bug fixes. You can check out the complete Rocket League Season 3 patch notes here. Don’t forget, there will also be a ton of new cosmetics to collect with the Season 3 Rocket Pass. Including the new Tyranno car.