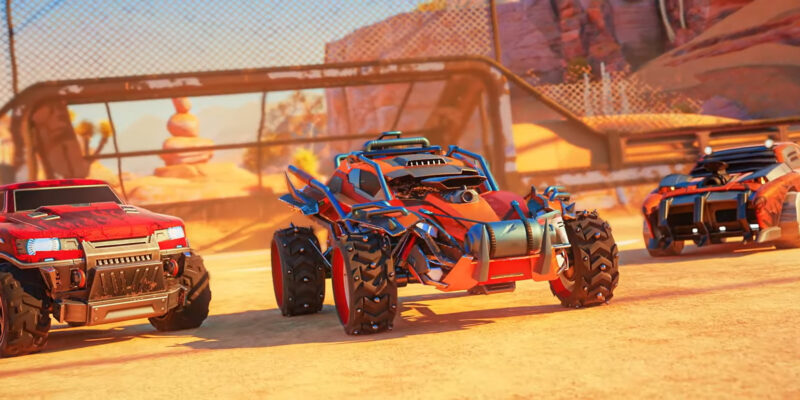 With just a 30-minute break between the end of Rocket League Season 3 and the beginning of Season 4, there’s no time for car soccer players to take their foot off the gas. As we recently discovered, the new season is taking Rocket League to the dirt and canyons of the desert. It also adds the long-awaited 2v2 Tournaments and updates the Tournament schedule.

The new season also includes some contentious changes to the Casual playlist. Players who leave matches early will now be penalized with timeouts, which will prevent you from playing for between five minutes and two hours. So, use the new forfeit option instead of simply leaving.

The main highlights of Rocket League Season 4 are the new Arena and the new Rocket Pass. We got a glimpse of the new Arena, called Deadeye Canyon, in the teaser from a few days ago. However, you can get a much better look at it in the new cinematic trailer. The trailer also gives you a look at the base Outlaw — the Season 4 Rocket Pass car body.

Along with the season launch trailer, Psyonix also put together a video showcasing a bunch of the cosmetics you can acquire in the new pass. There are some creative wheels, including wagon wheels, ones made from stone, and ones that look like pieces of dynamite strapped together. There’s also a sheriff hat topper which is hilarious.

My favorite cosmetic from the pass is the finger-guns goal celebration. I love how wacky and cheesy it is. With all the other cosmetics having a fairly serious feel about them, the finger-guns are going to make me laugh every time I score a goal. I just really hope the horse neighing you can hear in the video isn’t an engine noise. That would be very annoying.

You can check out the complete patch notes for Rocket League Season 4 on the game’s website.