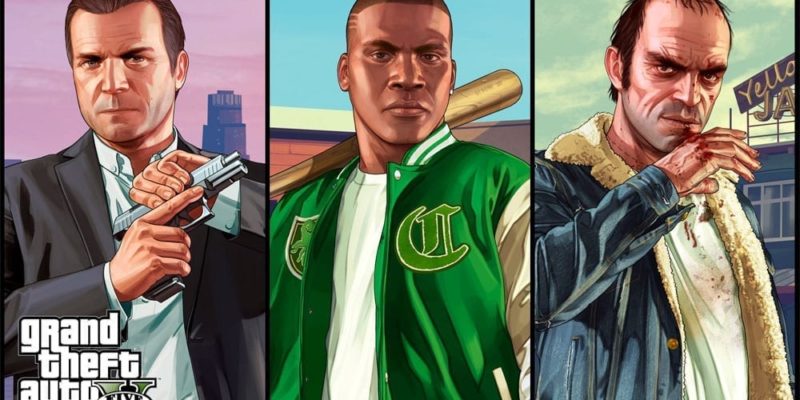 Cheating in games is starting to catch up to both the developers of these cheats and those who promote it. Much like Fortnite, Grand Theft Auto V has been ripe for cheating to occur. The GTA V developers are not taking this kindly, however. Rockstar Games and Take-Two Interactive Software are now going after those behind the ‘Infamous’ cheat.

Last month an Australian Federal court granted search and seizure orders against several people believed to be connected to this. Yes, most of the lawsuits and cases have occurred in the USA, but this one took place in Australia.

The Federal Court of Australia just signed off on several broad enforcement actions. These do not only restrict the defendants from any cheating related activity. It also subjects them to a search and assets freezing order. The court issued these orders against the defendants known as Christopher Anderson, Cycus Lesser, Sfinktah, Koroush Anderson, and Koroush Jeddian.

Alongside the search and frozen assets, the court barred these individuals from cheating in GTA V. They can face imprisonment if they refuse to comply with the order. 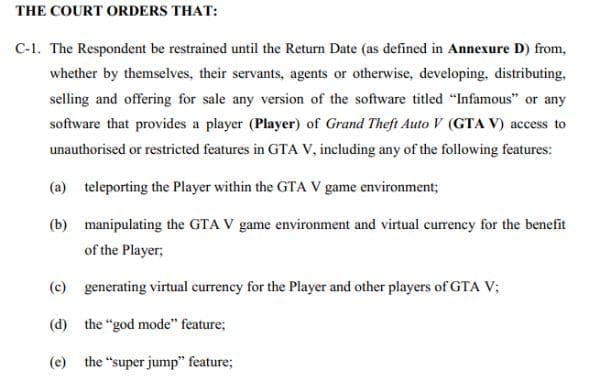 What Is The ‘Infamous’ Cheat

The ‘Infamous’ cheat is a mod menu that basically lets players do whatever they please in the game. This includes obtaining the best vehicles, weapons, and perks right from the get-go. Or it could allow players to make blood, guts, and fireworks erupt from the in-game character models.

Two Melbourne locations were actually raided. Law enforcement entered the target residences and vehicles to search, copy, and remove all relevant evidence, computers, or storage devices related to the Infamous cheat. Take-Two Interactive and Rockstar Games were both identified as “applicants” for this search order. Two lawyers from Bird & Bird law firm, who are representing Rockstar and Take-Two, participated in the “search party” that was allowed to look through their computers. Others involved included independent lawyers and an independent “computer expert.”

Alongside searching their residences for and seizing relevant evidence, the courts have also frozen the defendants’ money. The Federal court order prevents the alleged developers behind the Infamous cheat from taking out more money than needed for their regular expenses.

“You must not remove from Australia or in any way dispose of, deal with or diminish the value of any of your assets in Australia (Australian assets) up to the unencumbered value of AU$286,609.80 (the Relevant Amount),” the order states. 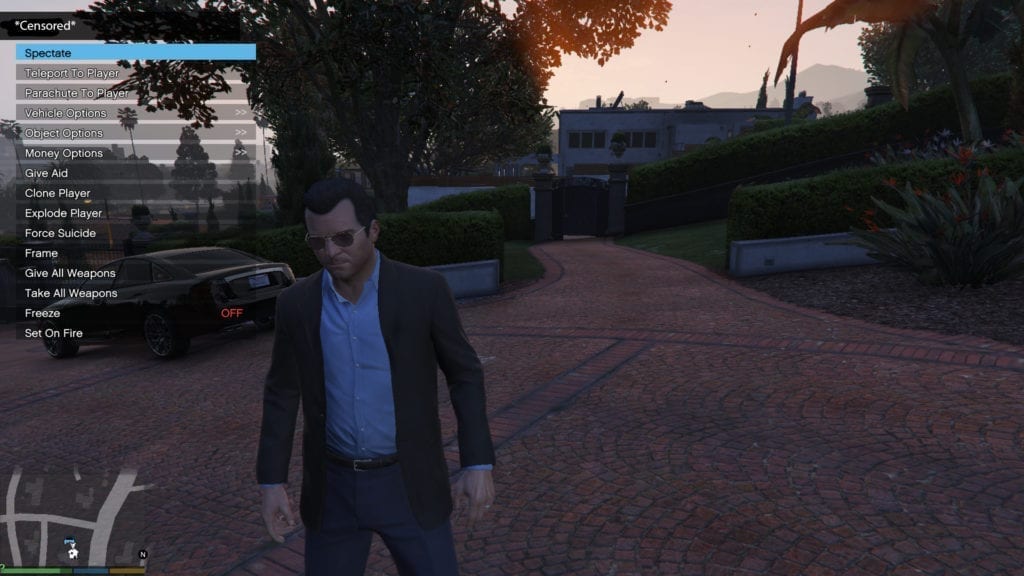 Besides physical currency, the freezing order also extends to any cryptocurrency and PayPal accounts assigned to Christopher Anderson. The accused have yet to file their defense, but that will likely come later this month.