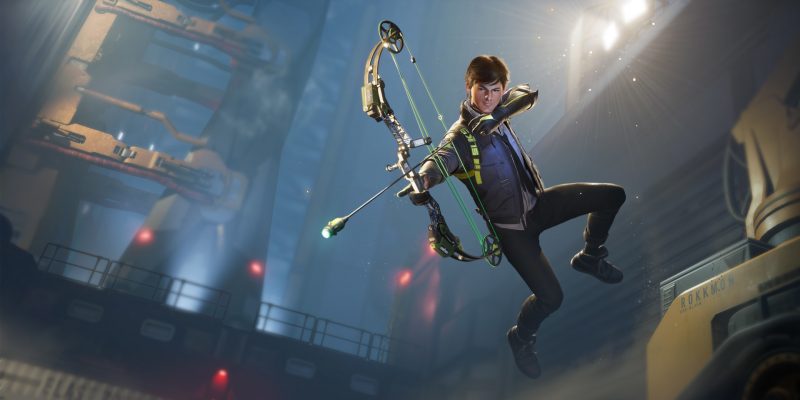 Rogue Company (the in-game organization) is always on the lookout for new talent. A 21-year-old with an Olympic medal in archery, for instance, is someone whose skillset it could use. The archer goes by the name Seeker, and he joins the Rogue Company roster with the latest patch. The patch also includes a new map titled Hollows.

If you’re interested in the Rogue Company narrative, we’re told Seeker was recruited to help the organization with the assault on Jackal’s Hollows Base. That’s why the new character and map are dropping together.

Seeker’s bow is the key to his abilities. He can fire an Arrow Scanner which reveals enemies along its flight path. I’m getting definite feelings of Hanzo from Overwatch here. Seeker is also capable of placing Sticky Sensors at strategic locations. As you can tell, he excels at gaining intel on his enemies. Seeker will also deal 60% more damage with bounced projectiles liked his Bounce Grenades. You can check out the new recruit being put through his paces by Kestrel in the trailer below.

He may wield a bow, but Seeker still uses guns in combat. He’s young, not foolish. He can use the new Primary Weapon, the Sahara Assault Rifle, as well as the Arren L2-12. His Secondary Weapon is the A3 Salvo, and his Melee is a baseball bat.

Jackal’s Hollows Base is a top-secret location built into an underground cavern in Southeast Asia. Jackal is preparing to launch a stealth weapons platform into space from the location. Thankfully, Rogue Company has located the base and is preparing an assault to foil the villains. If you haven’t seen the footage of the new map, you can check it out below.

Along with Seeker and Hollows, the latest Rogue Company update includes a lot of balance changes, and tweaks to the various game modes. There is, of course, also a long list of fixes. You can check them all out in the highly detailed patch notes on the Rogue Company website. There’s no mention of the proposed updates to the game’s anti-cheat.