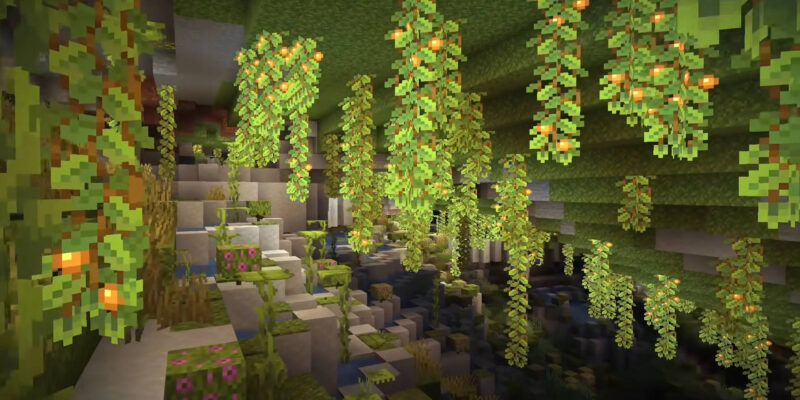 When Mojang Studios first unveiled its ambitious new Minecraft update, titled Caves and Cliffs, back in 2020, the developer initially wanted it to come out as a single update. However, due to the sheer scope of the update, the developer decided to release it in two separate halves. Mojang Studios already released the first half of the update on June 8 of this year, and it incorporated a whole host of new blocks, items, and wildlife into the game. And just today, the developer dropped the update’s second half, dubbed 1.18 Caves and Cliffs Update Part Two, which promises to significantly switch up the standard Minecraft experience.

For some, the new cave biomes stand as the most significant additions made in the new update. These biomes, which include Dripstone Caves and Lush Caves, serve to add more visual variety to a game that has existed for over a decade. In addition, the update changes quite a bit regarding the world’s procedural generation, allowing for more interesting biome configurations, “such as deserts on top of hills.” The update also significantly expands the world’s vertical space, which allows for much taller mountains and deeper exploration than what was previously possible.

So, is there anything else?

Of course, the second Caves and Cliffs update implements quite a few more additions and changes, including the usual bug fixes, which Minecraft fans can read more about here. Additionally, Mojang Studios uploaded a new trailer on the Minecraft YouTube channel to coincide with the update’s release. Although this cinematic trailer contains no gameplay footage, it should nonetheless get players pumped for the update thanks to its constantly-changing scenery and energetic pace. Ultimately, though, nothing will give players a better sense of everything the new update has to offer than trying it out for themselves. And truly dedicated Minecraft players have certainly already done so.