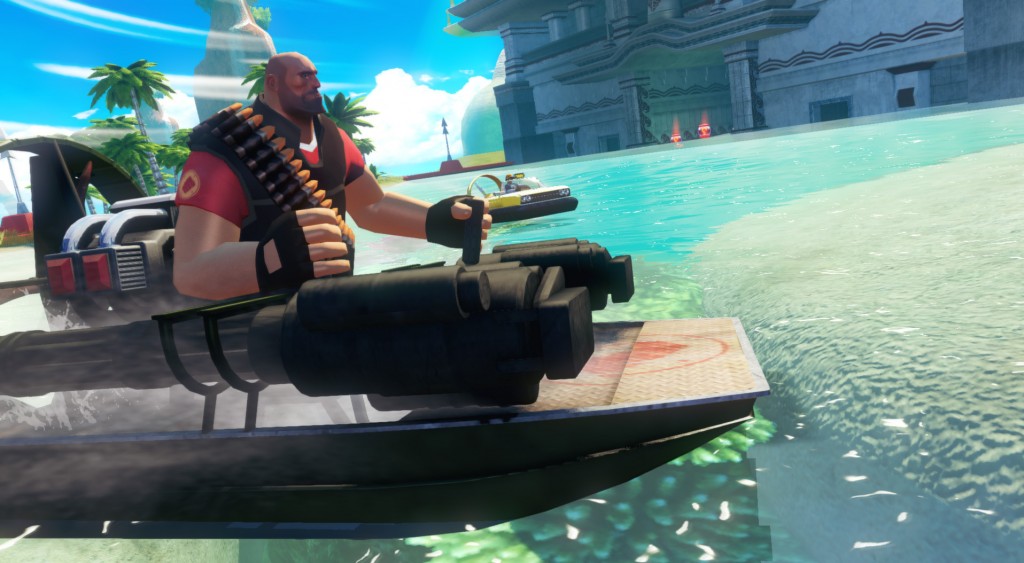 If you were expecting a plethora of Sonic games, perhaps with things like Binary Domain or Alpha Protocol thrown in for good measure, then… nope! There are a few Sonic games within, but there’s also a bit of a focus on DLC – some stand-alone, and some requiring the original title.

As per usual, it’s a tiered offering. The $1 or more tier nets you what you were probably expecting; you get the Dreamcast Collection (containing Sonic Adventure DX Director’s Cut, Crazy Taxi, Space Channel 5 Part 2, and SEGA Bass Fishing), whimsical dream-flier NiGHTS Into Dreams, the rather excellent Mario Kart-’em-up Sonic & SEGA All-Stars Racing Transformed, the Caesar in Gaul DLC for Total War: Rome 2, and the Miles’ Tactics DLC for Football Manager 2015. No, I have no idea what that is either.

Pay more than the average (currently $3.32) and you also get the wonderfully broken Empire: Total War, and Company of Heroes 2: The Western Front Armies – Oberkommando West. I have a soft spot for Empire because I accidentally kick-started a world war by invading France, and Oberkommando West apparently offers multiplayer access to Company of Heroes 2 so I guess that’s a pretty good way of finding out if it’s your sort of thing. Also, Empire has been out for awhile so it might actually work properly now, although I’d probably find that a bit of a disappointment.

The “final” tier is $12, and that throws in a copy of Total War: Shogun 2 – Fall of the Samurai, the stand-alone expansion for Shogun 2 which focused on the Boshin War period, in which Western influence resulted in a bloody civil war between the Shogunate and forces trying to restore power to the Emperor.

The actual final tier is $50, and that gets you a seriously expensive Dreamcast t-shirt. At that price I’d hope that the t-shirt is actually a working Dreamcast.

As ever, there are more games to come, and if they’re worth an additional news story I’ll write about them when revealed. Paying more than the average gets you access to whatever future games are added.

I’d say that most of the tiers are worth it – the first tier gets you a few classic Dreamcast titles plus the superb Sonic Drives A Car 2, the “average” tier gets you the completely bonkers Empire: Total War, and Fall of the Samurai was a really, really good stand-alone addition to Shogun 2. Although obviously if you already have it or reckon you can get it cheaper in a Christmas sale, opting for one of the lower tiers would be more sensible.

You can peruse the SEGA Humble Bundle for yourself here.

Dark Souls 2: Scholar of the First Sin – Why PC users are feeling aggrieved

By Cameron Woolsey10 mins ago

By Greg Bargas49 mins ago
News