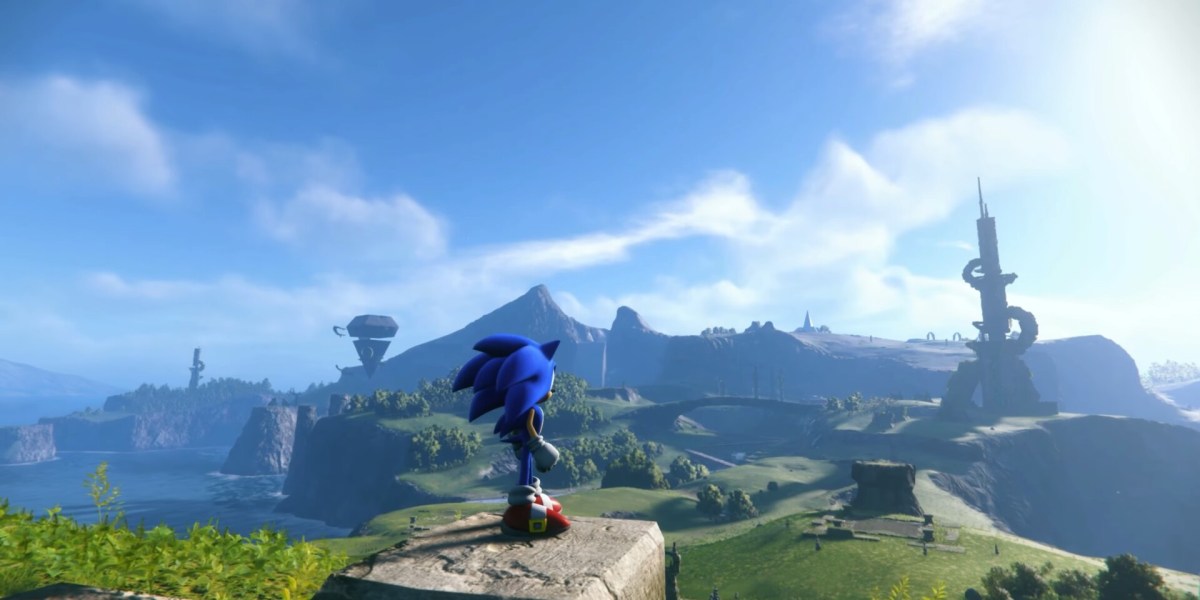 The rumors were true, Sonic Frontiers has been announced for a release in late 2022. First teased earlier in the year on the Sonic Central livestream, the new Sonic game was shrouded in mystery. Technically, it still is. But the trailer itself suggests that leaks calling it an open-world game appear to have been accurate.

Sonic Frontiers, judging by the trailer, will be the Blue Blur’s first open-world adventure. One scene in particular certainly gives some Breath of the Wild vibes. It’ll be interesting to see how Sonic Team will tackle lightning-fast speed with wide-open places. Generally, games of the genre are all about moving around and exploring every inch of the given world. With Sonic’s patented hyper speed, I wonder how well the concepts will mesh.

We still have time to find out. Sonic Frontiers was announced with a holiday 2022 release window. It misses Sonic’s 30th birthday, which was this year. Instead, we were blessed with an almost perfect remaster of Sonic Colors (if you weren’t playing it on Switch, anyhow). However, it should be interesting to note if Sonic Team manages to get past its recent funk. It’s been a good, long while since we had a truly great Sonic game from Sega’s own studio. Will Frontiers break the curse?

Sonic Frontiers announced, chili dogs may not be included

The game does have some information about it floating around. Not long after it was announced, Sonic Frontiers had its Steam Page go live. There are some damn pretty screenshots in the page. I wonder if it’s from the in-game engine, because if it is, wow.

“Worlds will collide in Sonic the Hedgehog’s newest adventure,” reads the game’s description. “An experience like never before, accelerate to new heights and experience the thrill of high velocity open-zone freedom. Battle powerful enemies as you speed through the Starfall Islands – landscapes brimming with dense forests, overflowing waterfalls, sizzling deserts and more!”