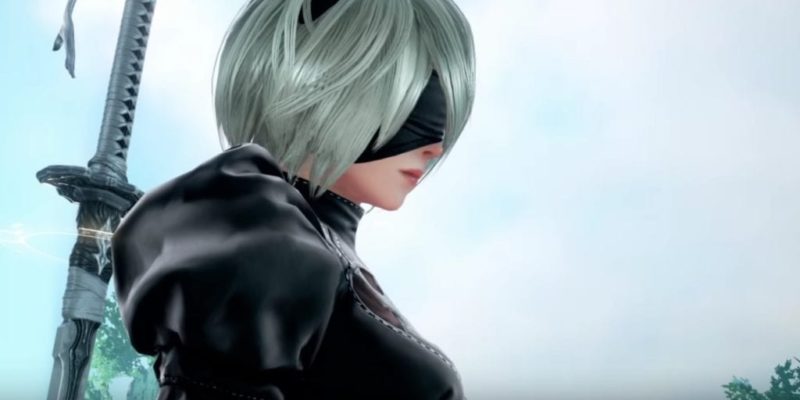 For most of us, weekends are a means of relaxation. Most developers tend to be off-duty; nothing too urgent, nothing major happens on weekends. Then, of course, Bandai Namco decides to announce that 2B from NieR: Automata will be joining the Soulcalibur VI roster! Who could’ve expected that? Check out the trailer below which features fan favorite Ivy taking pleasure in the humiliation of her opponents followed by 2B’s reveal. Looks like a rivalry is brewing.

NieR: Automata was one of Square Enix’s newest IPs. The action/RPG/bullet-hell shmup hybrid took the world by storm. Characters such as 2B captured the hearts of many fans and critics, and the game was hailed as a uniquely special game from one of the industry’s leaders in RPGs. No doubt, fans of NieR: Automata wondered when they’d see 2B next.

Well, the answer to their question is “soon” — that’s because she’ll be joining the cast of Soulcalibur VI. The latest in Bandai Namco’s fighting game franchise has received generally favorable reviews from long-time players and critics alike. Our own Greg Bargas checked it out in our benchmark and tech review, and he highly recommends the game for PC users as well.

Soulcalibur VI is surely shaping up to have a memorable roster. 2B’s inclusion, though no date is set, will definitely be hotly anticipated by fans of both the Soulcalibur series and NieR: Automata. 2B joins Geralt and long-time character Yoshimitsu as the guest characters for the game. We’re only worried about Greg since, after he created his own Chun-Li and Mega-Man characters, he told us that he was planning on crafting his own 2B in the game. Oh well, looks like that’s going to be put on hold indefinitely.

Are there any chances that we’d see more guest characters in the future? Dante, perhaps? What’s Sephiroth up to? What about Kitana? Are there any characters from other games and franchises that you’re looking forward to? Let us know.

Lethal League Blaze Is Out, Here Are Some First Impressions