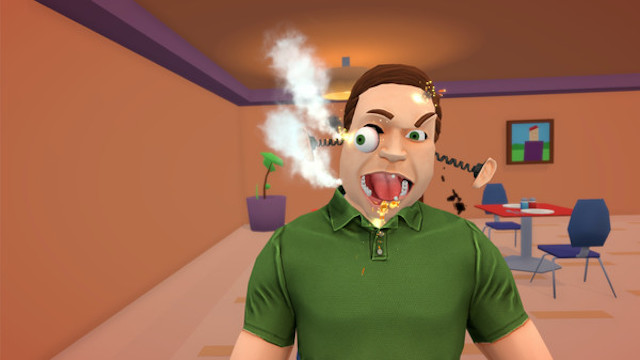 Speaking isn’t for everyone. Sometimes it’s just hard to find the right thing to say. Fortunately, Affable Games is here to lend a hand. The company has announced that its humorous new game, Speaking Simulator, is set to drop on Steam later this month. The wacky adventure will make its debut on January 30, and you can is wishlist it now.

Can you come up with the right words?

So how does a speaking simulation work if you’re not using a microphone? Well, it’s a lot trickier than you might expect.

Speaking Simulator puts you in control of the mouths of certain characters to make words come out. But finding the right thing to say isn’t always easy, as there are a number of functions to take control of. This includes not only the lips and their movement, but the tongue as well. And, no, you probably shouldn’t bite it.

The goal of the game is to “learn quickly” how to say the right things, “if you don’t want your face to explode.”

That said, you’ll need to keep a balance of things. “If you make errors,” Speaking Simulator‘s product listing reads, “your systems will overload.” As a result, you’ll need to relieve pressure through a number of “facial explosions and mechanical glitches.” Yeah, it’s a true test of speaking-ness, especially if you don’t want your eyeball to pop out of your head.

There are ten different social situations in all, including interviews (yikes), eulogies (double yikes), and romantic conversations (hope you like being single). Prepare for a lot of gibberish and madness when the game arrives later this month.

Again, you can wishlist Speaking Simulator on Steam, and you can check out its maniacally silly trailer below. Beware: it may not have much to say as far as making you a dialect master. (May we suggest avoid consistent cursing, perhaps…?)

Fallout 76 announces Wastelanders playtest, seeking players to try it out