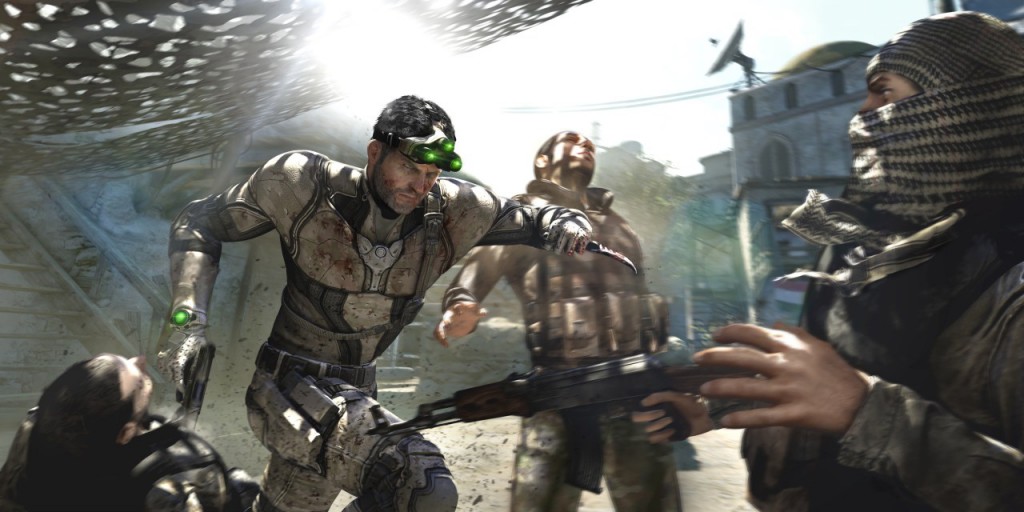 Ubisoft Toronto has shown off the latest entry in the Splinter Cell series at Microsoft’s E3 press conference (see new screens below).

Sam Fisher’s back (although seemingly not voiced by Michael Ironside, which is a bit of a worry) and appears to be acting as the leader of the brand new Fourth Echelon. Despite this he’s still dropping into hotspots around the globe to sort out problems manually, but I suppose that’s more interesting than Splinter Cell: Upper Management.

The “Blacklist” subtitle refers to the crux of the game’s plot. The Blacklist is a “terror ultimatum”, with US interests coming under terror attacks until the US removes their troops from occupied regions. Topical!

The segment of gameplay shown off at the conference was set at the border between Iran and Iraq, with Sam trying to capture and interrogate a terrorist leader in an attempt to stop the next Blacklist attack. Conviction’s Mark and Execute function was back, along with “killing in motion”, allowing you to mark targets and execute them while charging forward. Despite this – and a later section in which Sam burst through doors while a mounted machine gun tried to cut him down – it still looks like there’s a bit of stealth involved, with plenty of stabbings from behind cover, and the like. Plenty of

As this is the Microsoft press conference, Kinect support has also been revealed. You can, for instance, shout “Hey, you!” to draw a guard nearer for a stabbing, or – as Sam is now leading Third Echelon – shout “Now, Grim!” to call in a rocket strike on the aforementioned mounted machine gun.

Splinter Cell: Blacklist is due out in Spring 2013 with co-op and spies vs mercs modes turning up along with the full single-player campaign.