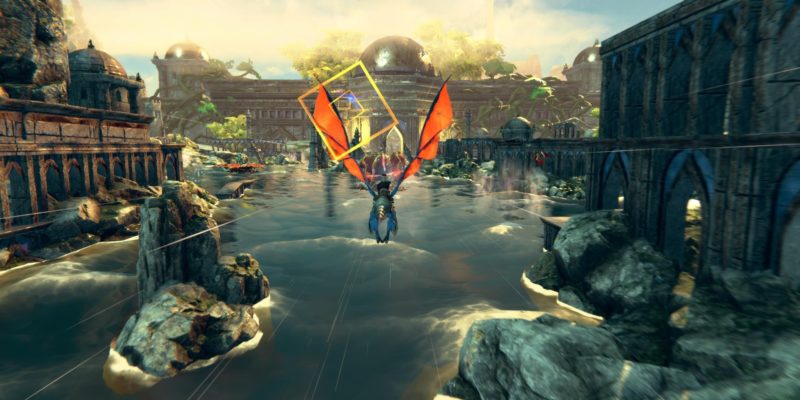 It’s no secret that Google’s Stadia gaming platform is begging for some new titles. Right now, there are a total of 42 different games available, hardly an impressive count when compared to its competitors. Fortunately, this number will soon be increasing. Google has announced five new titles are coming to Stadia, including Panzer Dragoon.

The Panzer Dragoon remake had already been announced for a winter 2020 release on PC and Nintendo Switch. However, what fans likely didn’t see coming was a timed exclusive Stadia release. That’s right, at some point either in Spring or Summer, the Panzer Dragoon remake will launch exclusively on Google Stadia. Those without access to Stadia will have to wait at least a few months longer to play it.

Panzer Dragoon and four others

Besides Panzer Dragoon, Google also announced three other titles will be coming early to Stadia. These are Lost Worlds: Beyond the Page, Stacks On Stacks (On Stacks), and Spitlings. Finally, the announcement revealed the Serious Sam Collection as the fifth title, but not as a Stadia exclusive. This won’t be a unique game, but rather just a convenient mashing together of the existing HD remakes.

Additionally, Stadia’s Borderlands 3 playerbase will receive the Moxxi’s Heist update as well as the ongoing seasonal event. It’s nice to see what is arguably Stadia’s most popular game getting new content, but that Moxxi expansion was available on the Epic Store December 19. If anything, it just seems to emphasize how far behind Google’s game streaming platform actually is.

For many, the issue with Stadia is that Google expects you to pay more for a worse experience. Of course, the addition of SEGA’s iconic rail shooter Panzer Dragoon is nice, but let’s not kid ourselves. An announcement like this is not comparable to how Pokémon games can single-handedly sell millions of Nintendo consoles.

It seems doubtful that many people will subscribe to Stadia just to play Panzer Dragoon a little earlier. After all, doing so requires both a $129 entry fee, and then you still need to buy the game itself. Until Google can establish a meaningful and unique selling point for Stadia, the platform will likely continue to struggle.