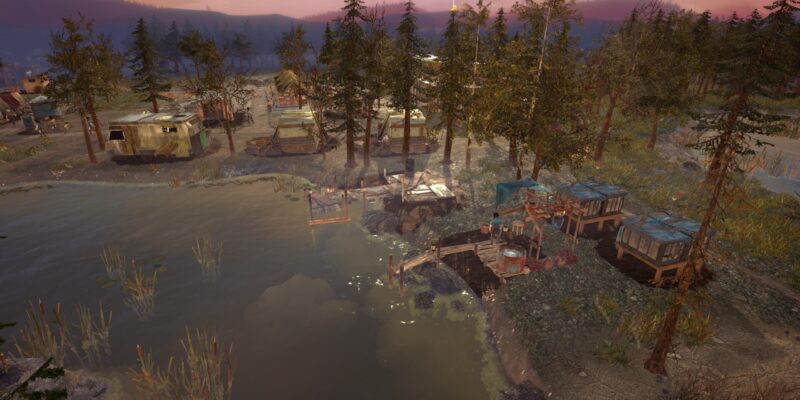 At this point, Surviving the Aftermath, a “post-apocalyptic survival management game from developer Iceflake Studios,” has remained in Early Access for over two years. During this time, the game has received a myriad of updates based on player feedback. Judging by the more recent Steam reviews, players have felt mostly positive about the changes made. Soon enough, will get the opportunity to experience Surviving the Aftermath in a completed state for the first time. The developers have officially announced that the game will finally leave Early Access on November 16.

According to a press release, the Early Access Founder’s Edition now includes the Outback Radio Pack. If players already have the Founder’s Edition in their library, then they will automatically receive the radio pack in the full version as a free update. If players want to experience the Early Access version before the full game launches, then they have until November 1 to buy it at a 25% discount.

What does Surviving the Aftermath entail?

According to the Steam page, Surviving the Aftermath requires players to “survive and thrive in a post-apocalyptic future.” To do so, players must “build the ultimate disaster proof colony, protect your colonists, and restore civilization to a devastated world.” The game allows players to “construct more than 61 unique buildings to” accomplish various tasks as well as “recruit over 80 unique Specialists, each with their own skills and motivations.” Additionally, players can “explore a vast procedurally generated world featuring six different biomes filled with resources, wildlife, rival societies and more.” Along the way, players must “make moral choices” that “can have dire consequences on [their] colony’s survival.”

With Surviving the Aftermath now finally leaving Early Access, gaming enthusiasts can see the result of over two years worth of player feedback and fine-tuning. So far, the game has only gotten better reception over time. Hopefully, that trend continues with the final release.