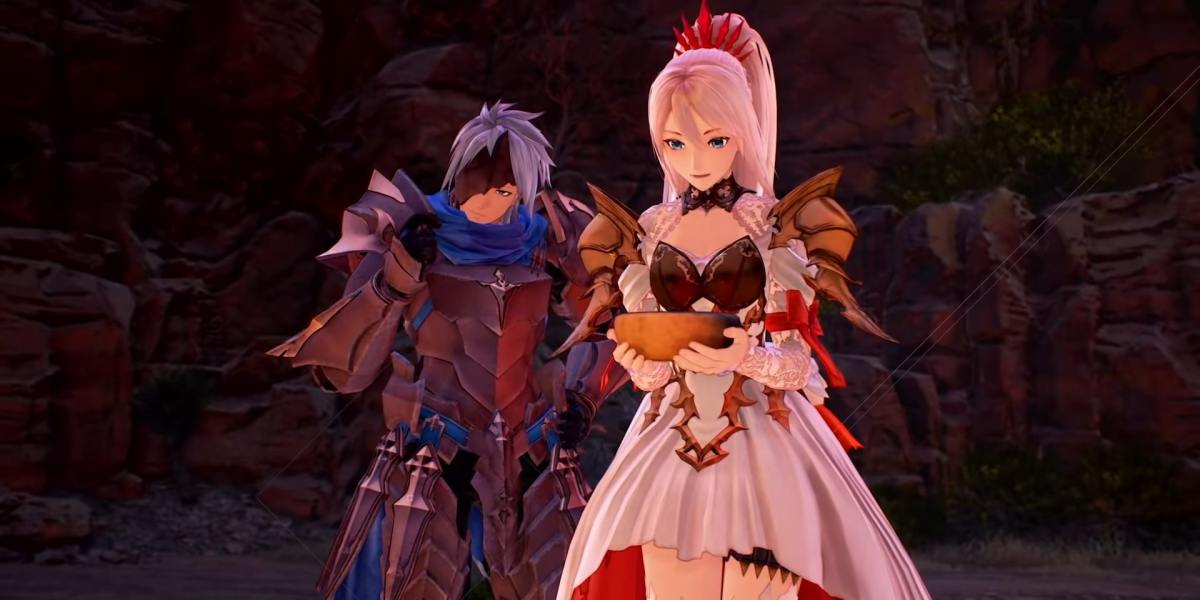 The latest trailer for Tales of Arise is not packed with action, but it does showcase a bunch of gameplay activities outside of combat. It also begins to reveal the charming personalities of a few characters and the inter-party dynamics.

Both the characters and in-game activities are incredibly important to any JRPG. When you’re not battling to survive, they are the elements that bring the world to life. As for Tales of Arise, the two worlds are locked in conflict.

A whole new world of adventure

Tales of Arise will allow you to enjoy the classic RPG pastime of fishing. You’ll also be able to farm the land and keep pigs and cows. It looks like you may even get a dog, which always goes down well. All this hunting and gathering will, naturally, end with you cooking delicious meals for your party. Why? Who knows? But the characters look happy.

That leads us nicely to the various characters you’ll meet and bond with throughout the game. In the trailer, you can see a brief shot of each character, including the protagonist, Alphen, and the woman who gives him the blazing sword, Shionne. There are also some royal owls that look like they’ll bring some charm to events.

Towards the end of the new Tales of Arise trailer, we see the various party members interacting. That’s what gives you some insight into the character of these people. It looks like an inviting group and makes me want to invest myself in their story.

Tales of Arise was originally scheduled for release in 2020. However, we all know how 2020 went for most game developers. During Summer Game Fest in June, Bandai Namco revealed that Tales of Arise will be released on September 10. You can head over to Steam to wishlist or pre-order the game now. Pre-orders start at $59.99 USD for the standard edition.