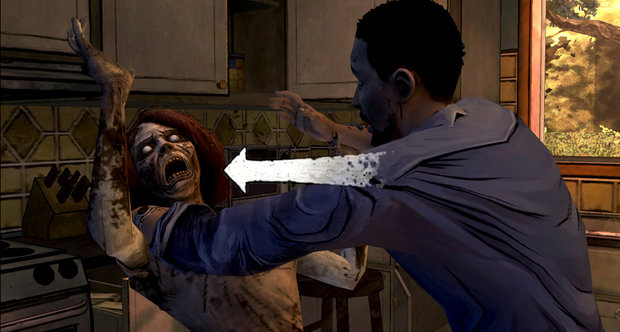 Originally intended for an April launch, Telltale’s The Walking Dead is coming to iOS devices this Thursday (26 July).

Episode 1 ‘A New Day’ will cost $4.99, with future episodes also available on an a la carte basis for $4.99. Alternatively you can save $5 by purchasing episodes two through five up front for $14.99.

The second episode, ‘Starved for Help’ currently has a release date of “available soon”.

As you have probably grasped from the screen above, the iOS edition will have touchscreen controls. Other than that, the experience promises to be the same as the console and PC editions – albeit on a smaller screen.

If you’re wondering if The Walking Dead is any good, you can find out in our review of the first two episodes here.

The Walking Dead iOS will be compatible on the following: