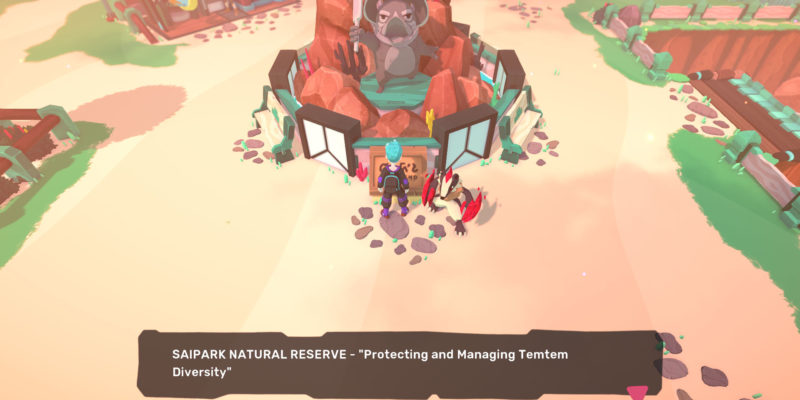 Temtem’s latest update from developer Crema has introduced the first new content to the game since it entered early access a month ago. The update adds a new endgame area called the Saipark, the first natural reserve in the Airborne Archipelago. It offers a higher Luma encounter rate, and the Temtem found here have better stat rolls. Plus, Temtem found in the Saipark can also have techniques usually only acquirable through breeding.

However, with the latest update, Crema has reduced the Luma encounter rate in the rest of the Airborne Archipelago from 1/6,000 to 1/8,000. So, the Saipark is going to be even more welcome for those who love their Temtem with a bit of sparkle.

How the Saipark works 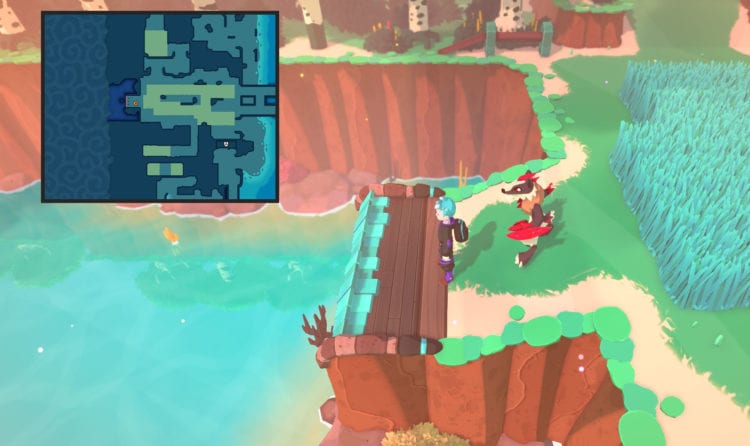 This is where you can find the hook to get to the Saipark.

You can access the Saipark using the hook on the west side of the Prasine Coast. Each week, only two Temtem will be roaming around the park. Before you can get in, you’ll need to pay an entrance fee, which will differ based on how rare that week’s Temtem are. You’ll also need to pick up the park’s unique Temcards, called Saicards. Regular Temcards won’t work in the park.

Your entrance fee will include a batch of Saicards, and more can be purchased when you run out. But each time you purchase a new pack of Saicards, the price will increase. I would imagine that this is designed to prevent players from spending all their time in this one area. The Saipark should be viewed as a treat, not a zone to be farmed. It’s very similar to the Safari Zone found in Pokémon.

This week in the Saipark

Crema has no in-game screen that lets players know the details for the Saipark each week, so we’ve had to dig up the info on Twitter. The two Temtem available in the park this week are Barnshe and Oceara. Both are very rare encounters, so this is an amazing opportunity to pick up these Temtem. Plus, they both have a double chance of being Luma, so 1/4,000.

The initial fee this week is 3,500 Pansuns, and that will also get you five Saicards — not much of a chance of catching a Luma then. But I think it’s important that Crema keeps Lumas as rare as possible without them seeming unattainable. 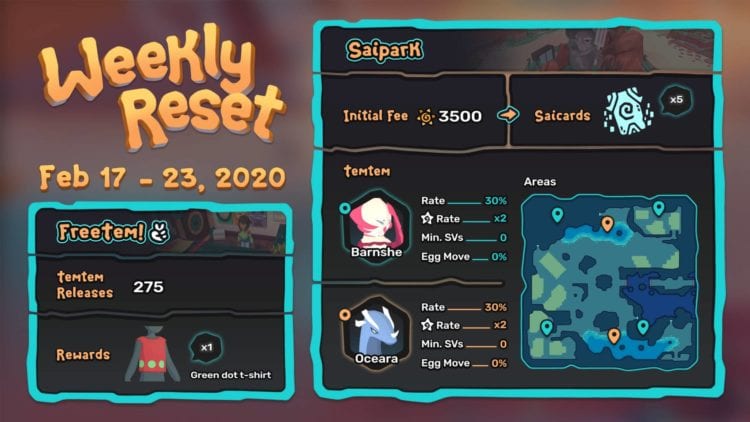 The latest Temtem update has also introduced a Player’s Vault, which can be used to store items between resets. This is a nice way for players to be able to start over without losing everything they’ve done. However, if you reset while there are items in your vault, you’ll need to wait 10 days before you can do it again. Crema is trying to prevent players from rushing to valuable items, collecting them, selling them, and then doing it again. The things people do for money!

There are a bunch of other improvements, fixes, and balances that have been made with the update. You can check out the complete list in Crema’s update post. If you need any help with the game, you can check out our Temtem guide hub, which has a ton of valuable information.