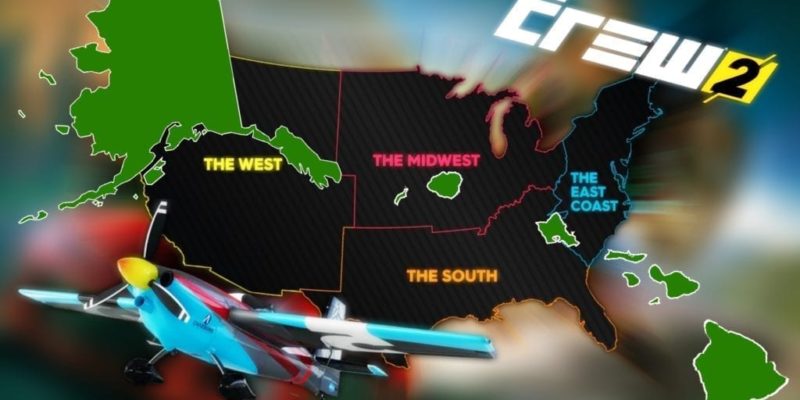 What sets The Crew 2 apart from the other open-world racers out there, outside of its neat instant vehicle-swapping mechanic, is the sheer size of its map. The game invites players to explore every nook and cranny of the US, with its promotional material proudly emphasizing that “all of America is yours to explore and ride your way.” But, there’s one little problem with this — it’s a lie. Sure, you can take a road trip in a hypercar from New York to San Francisco, but this technically doesn’t qualify as being the “all of America”. There are still two states that go completely unrepresented here, Alaska and Hawaii.

To an extent, I can kinda forgive Ubisoft’s Ivory Tower team for not including these two States. If you pull up a map of the real USA, often Alaska and Hawaii are regulated to a small corner of the map, if they’re even included at all. That’s because neither of these States is directly attached to what’s considered the borders of the rest of the United States. Thus, Ivory Tower focused their efforts on modelling the landmass that includes the other 48 states. Nevertheless, think of the residents of Alaska and Hawaii; they deserve recognition too, no?! I think so—because these two states are arguably the most special out of them all. The reason why I say that is because Alaska and Hawaii are both remote and have incredibly extreme landscapes, albeit in very different ways. 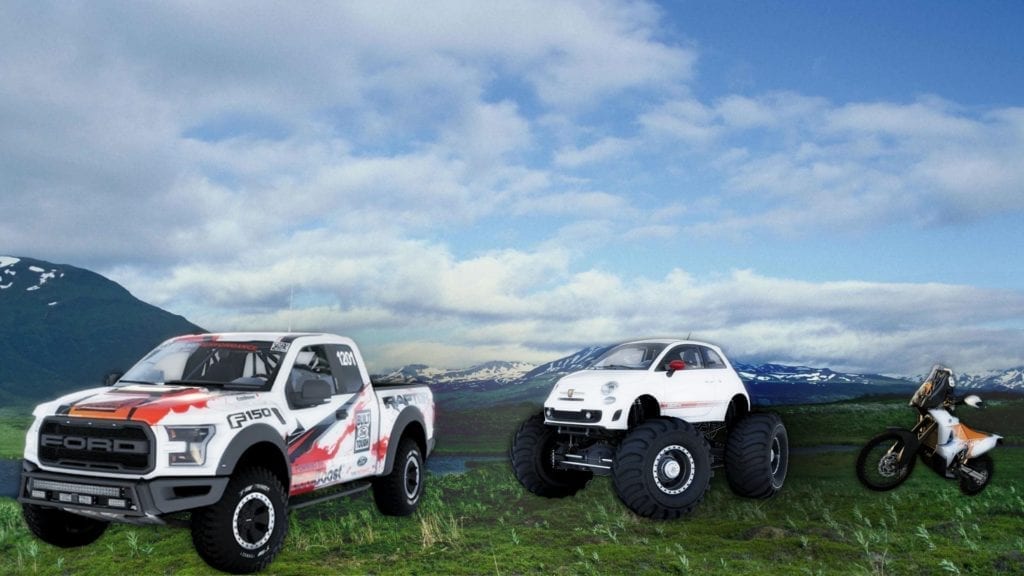 The massive Alaska (which is actually bigger than Texas)  lies to the extreme northwest of Canada and consists mostly of dense woodlands, rolling mountains, tundra and polar ice deserts in the extreme northern region of the state. Due to its remote location, the entire state only has 739,795 people (as of 2017). This leaves the majority of its territory completely untouched by man. No doubt, it would make a pretty wild driving/flying/sailing experience in The Crew 2. Off-road vehicles would be quite at home charging through the thick forests and tearing up the frozen tundras. Powerboat races can take place in the river networks and the island chains towards the south. What about a race over the Bering Strait that separates the state from Russia? Even the aerobatic planes can get in on the action by performing stunts in the valleys. Indeed, when it comes to offering a wild, open vehicle playground, a virtual Alaska does seem like a prime location. But, Hawaii offers an even more off-the-rails experience. 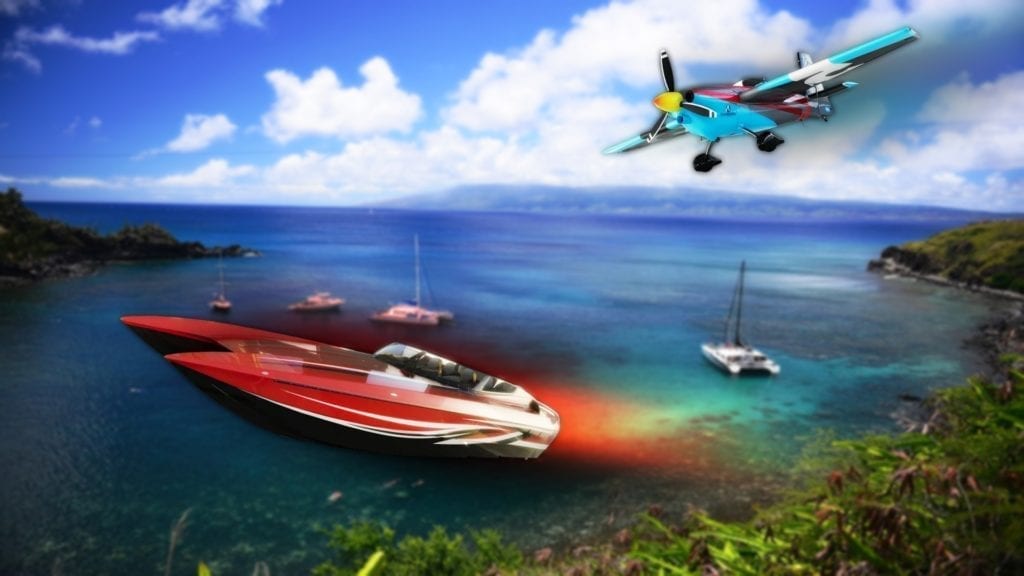 While Alaska at least has the benefit of physically being a part of the continent of North America, Hawaii sits all by its lonesome, smack in the middle of the Pacific Ocean. Flights from California (the closest state) clock in at just shy of six hours. That’s even longer than it takes to fly from California to Florida (four hours) or New York (six hours). While Hawaii is way out there, this is probably for a good reason. Hawaii isn’t just an archipelago, but a highly-active, volcanic one at that. Not to mention it’s also prone to hurricanes during the summer and fall. It’s a tropical, deadly paradise and it would make a great spot for the already ludicrous nature of The Crew 2. Powerboat races between the islands, off-roading through the beaches and around the volcanoes, along with aerobatic flights in the blue skies above. This would be a nice compliment to the game’s existing tropical vibes of Florida, albeit one that cranks up the heat even more (literally). 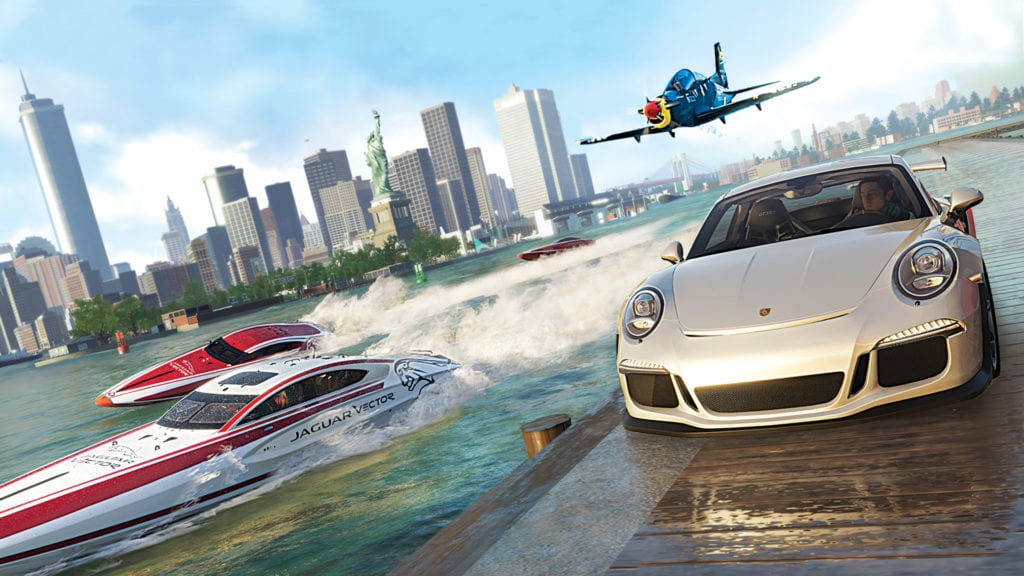 Seeing that this is the second time that Alaska and Hawaii have been excluded from the package, I think that now is as good of an opportunity as ever to introduce them into The Crew’s universe especially due to the mixed-vehicle racing of The Crew 2. As mentioned, both states offer environments that can take advantage of each vehicle type in the game, which should make not for just some fun and blood-pumping driving/piloting experiences, but also gorgeous ones at that.

I wouldn’t even mind if these states were added in as paid-DLC expansion packs. Throw in some exclusive new vehicles to really make it worth everyone’s while. The Crew 2 already borrows heavily from various aspects of Forza Horizon’s formula, so perhaps these theoretical Alaska and Hawaii expansions could be The Crew 2’s answers to Horizon 3’s Blizzard Mountain and Hot Wheels DLC packs. In fact, the themes of those packs are pretty similar to Alaska and Hawaii. Blizzard Mountain features races centered around off-road and rally cars charging through tough, snowy terrain. The Hot Wheels pack includes an offshore, life-size Hot Wheels track that’s built around islands, complete with a volcano in the middle. So, Ivory Tower, if you need more inspiration just take a look at how Playground did it.

What are the chances of something like this happening? It’s impossible to say for sure, but I believe it’s a great idea. One of the main complaints I’ve seen brought against the game, and one that I agree with, is that there aren’t many races that make use of all the different vehicle types. Land-based vehicles, in particular, are utilized far more than boats and planes. Alaska and Hawaii’s extreme terrain suit all types, but it would also give the developers an opportunity to build more triathlon-style races, if not just more general races for the boats and planes. Considering that the game is built around the whole idea of insane, out-of-this-world driving experiences, Alaska and Hawaii would fit in perfectly if Ivory Tower uses their imagination right.

Far Cry 6 Vaas: Insanity — How to survive and clear 20 waves in the finale