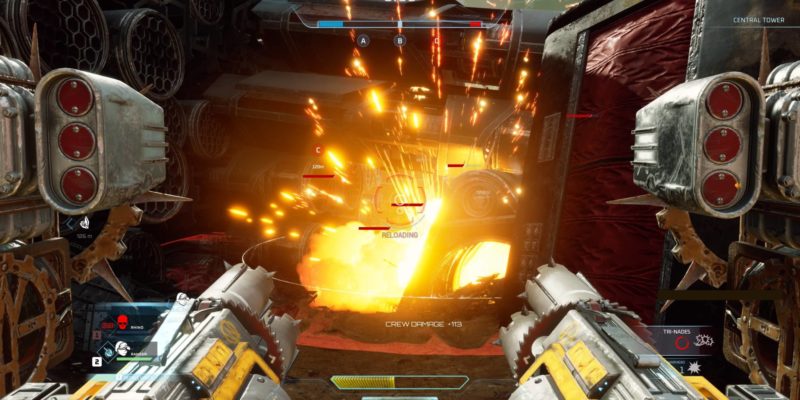 If you’ve been following the reports regarding the closed multiplayer beta for Disintegration, then you’re probably aware that the lobbies might be getting a bit more full this weekend. Initially, you could register for the closed beta through the Disintegration website. But now, things are changing slightly to bring more players into the fold. The open multiplayer beta starts today and will conclude tomorrow night at 11:59 PM PST. So, if you want to get the most out of your grav cycle, then you best start downloading and jump in.

Getting comfy with the combat

Now, I could probably give you a good rundown on team appearance, weapons, soldiers, and your grav cycle, but fortunately for you, our local guides and features writer with a typing problem has already outlined what you can expect from the various loadouts in Disintegration. This is important as in the game, control of the map or defeating enemies boils down to how you command your squad and utilize weaponry that is specific to each crew. So, if you’re needing an overview, check out the breakdown.  If you were a participant in the closed beta play session, you should still have access to the now open beta at the menu screen.

Although what’s playable at this point in the beta is focused on the multiplayer, booting up the demo shows the menu tab for the campaign. To the best of my knowledge, this is one of the first times I’ve seen anything remotely discussing a full campaign from V1 Interactive. This development is promising, as the studio was founded by original Halo co-creator Marcus Lehto.

For more information regarding the Disintegration open beta, you can head to the official site. For hardware requirements, see below.

My Beautiful Paper Smile is literal horror on paper, arrives in the spring