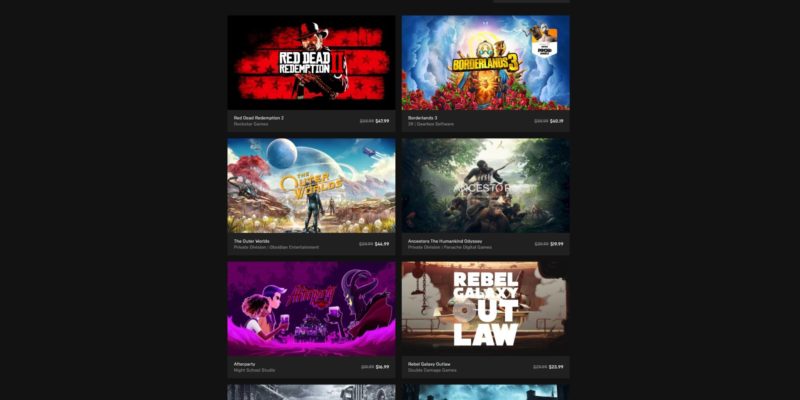 The Epic Games Store’s Black Friday sale event is now live. If you’ve had an eye on some of the exclusives available on the platform, now might be a good time to go take a look. The sale might seem a bit premature, but it also makes sense. Epic’s biggest sales competitor, Steam, typically begins its own sale on the Wednesday before Black Friday. Starting early, then, is a smart move for Epic, at least in the business sense.

Plenty of recent games up for sale

There are a surprising number of recent releases up for sale on the Epic Games Store right now. Here are but a few of the larger titles that have released in the past few months:

Those are some pretty significant savings for several marquis titles that have only just released. Red Dead Redemption 2, in particular, was a highly anticipated title that only came to PC a couple of weeks ago. Since it won’t come to Steam until December, now might be your best chance to pick it up at a discount. Then again, it might go on sale during the Steam Christmas Sale. 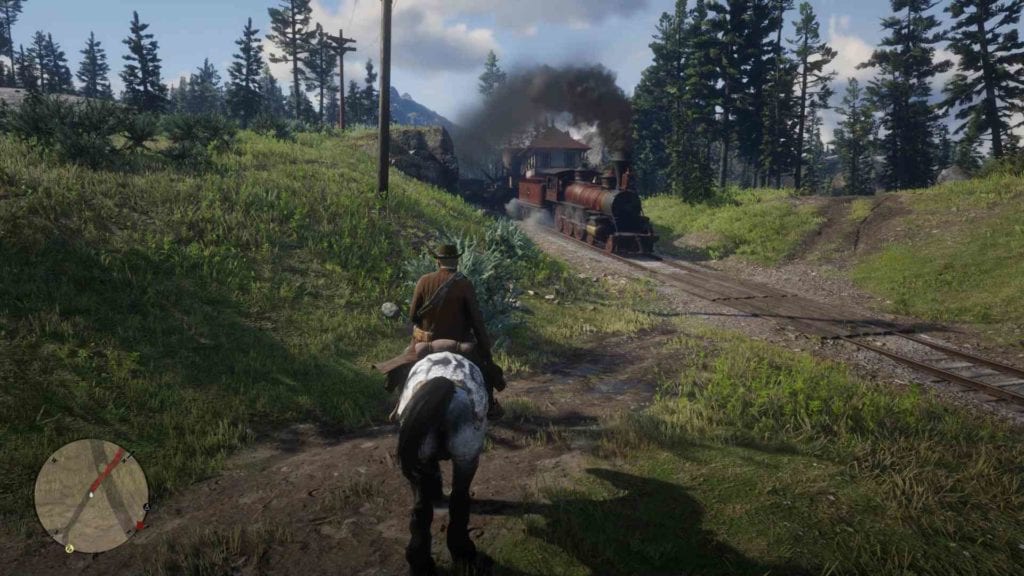 Get your hands on one of the biggest games of the year at a discount.

Epic’s Black Friday sale might be a good time to get in on Borderlands 3 as well. The first campaign DLC, Moxxi’s Heist of the Handsome Jackpot, is set to launch on December 19. That gives you plenty of time to level your characters up and grind out some good gear. The Outer Worlds is definitely worth a look for anyone who enjoys Obsidian’s brand of humor or loved Fallout: New Vegas. And even though Breakpoint had a lot of problems at launch, Ubisoft does seem dedicated to improving the game.

There are plenty of other games for sale as well. If you missed out on last year’s excellent Assassin’s Creed: Odyssey, you can grab it for $26.99. Hardcore open-world RPG Outward is half-off at $19.99. And if you never got around to crushing demons as Fury in Darksiders 3, it’s 66% off at $20.39.

Apex Legends has nerfed the Peacekeeper