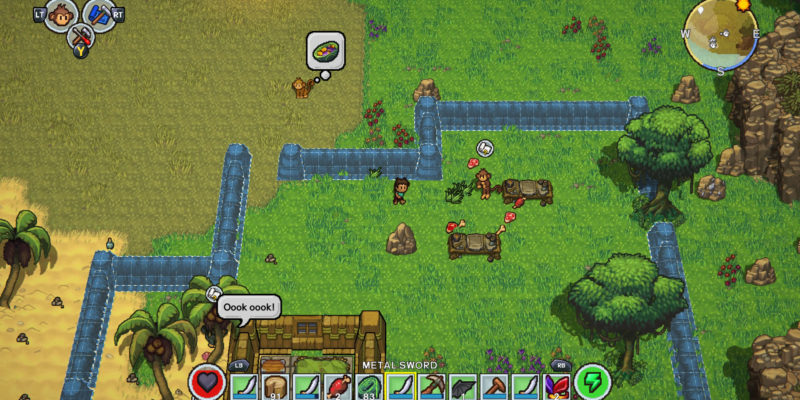 Even if you’re playing The Survivalists solo, you can still have some furry critters along with you. These are your monkey companions controlled via “Monkey Mimic Mode.” Here’s our guide to help you out.

Note: For more information, visit our guides and features hub for The Survivalists.

In The Survivalists, you’ll gain monkey companions primarily by encountering those in the wild and giving them a Monkey Meal. This is cooked via the Campfire and it requires 1x petals, 1x berries, and 1x makeshift bowl.

Anyway, try to have lots of Monkey Meals with you at all times just in case you find these creatures roaming around. Simply approach them and click on the spacebar to give the item, or drop it on the ground (“Z”) and they’ll run towards it. 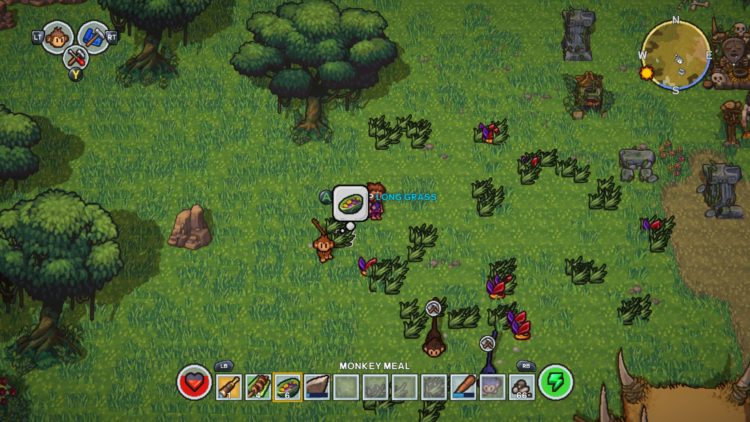 Alternatively, you might find caged monkeys deep inside vaults. These are mini-dungeons filled with skeletons, ghosts, and other malevolent entities. By destroying the cage using a weapon, you’ll free the monkey and it joins you as a companion. 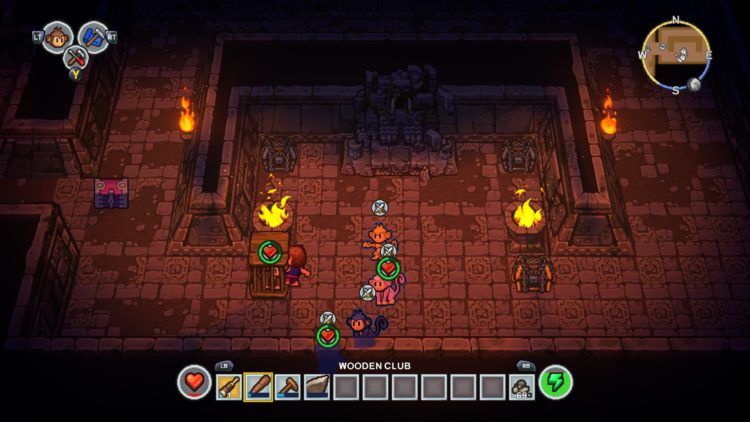 Once a monkey companion has joined you, go ahead and open the menu. This lists down all the monkey companions that are following you around. You can check their stats, the item they have equipped, as well as their expertise in various actions (which I’ll get to in a while). What you’ll mostly want to do, initially, is change their fur color to distinguish one from another.

Note: If you’re joining multiplayer games, you can only bring up to five monkey companions with you. 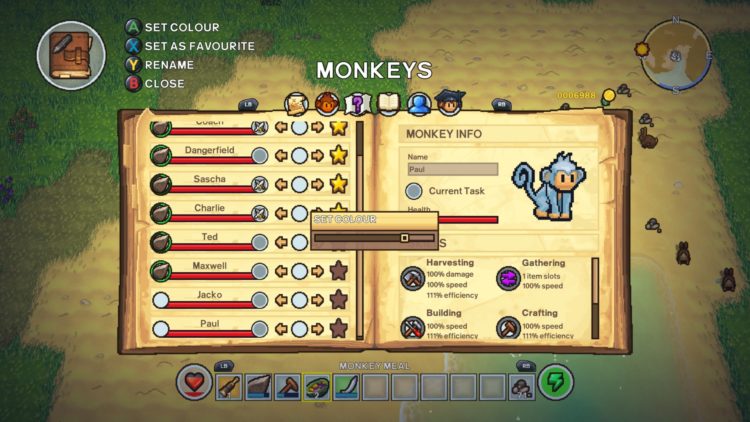 As mentioned in our official review, I found The Survivalists’ presentation of Monkey Mimic Mode a little too cumbersome and clunky. For starters, you activate this by holding “Q.” This makes them gather around you and, oftentimes, they’d cluster around. This makes individually clicking them, or click-and-drag to select several, quite a hassle indeed.

Anyway, let’s say you have at least one monkey companion selected. You can choose from these options: 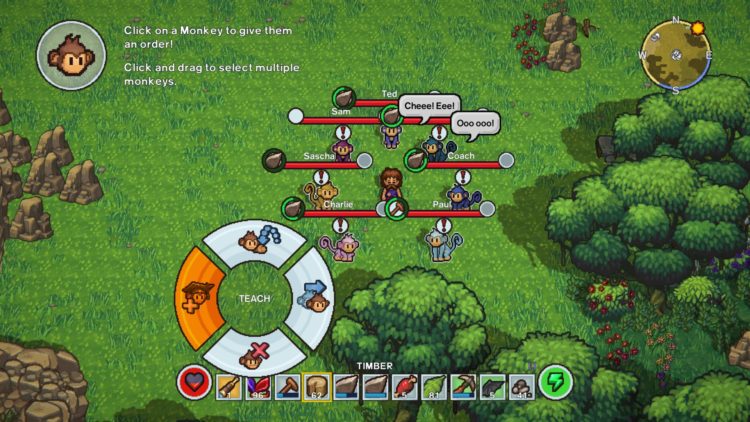 If you’re playing The Survivalists with a gamepad, Monkey Mimic Mode is activated by holding the left trigger (LT) button. Use the left thumbstick to select one, or hold down any of the face button prompts for a command. For instance, if you hold down the “Y” button (for training), a circle will appear that selects all monkeys within it. 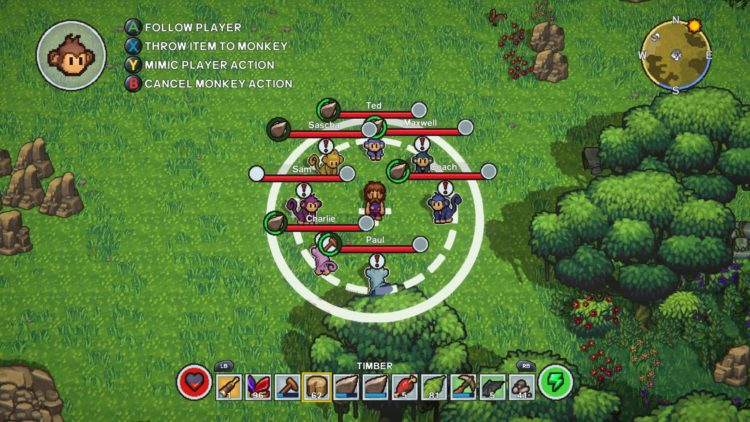 As cited before, using the “train” command will make monkeys mimic the next action that you take. You’ll even see a banana over their heads to denote that they’re learning from you.

If you strike an object like a tree or a rock, the monkey will do that. Giving it a weapon like a hand axe or pickaxe will have it destroy those objects. Sadly, it won’t pick up any materials that drop. As such, your only clue is the swathe of devastation left behind.

If you want them to dig the soil around you, use the “train” command, equip a shovel, and go dig it yourself. Then, give the shovel to the monkey and it’ll start digging for mud or sand depending on the terrain. 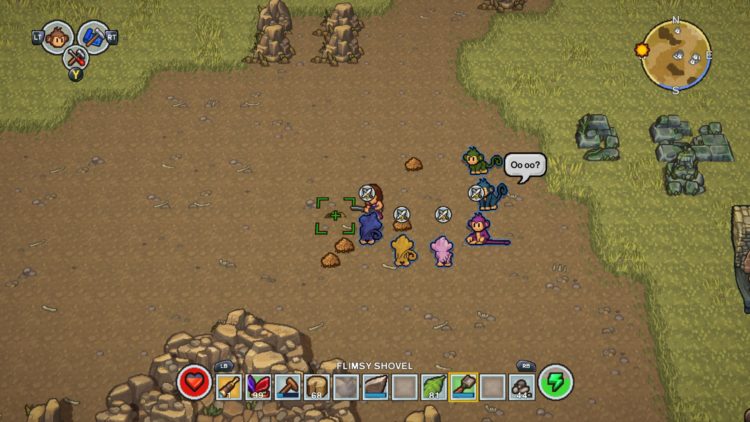 Give the monkey a weapon and strike any hostile mob. The monkey will think it’s time to attack and, if you have several with you, they’ll swarm that hapless enemy to no end. Be careful, however, because there are a few issues too: 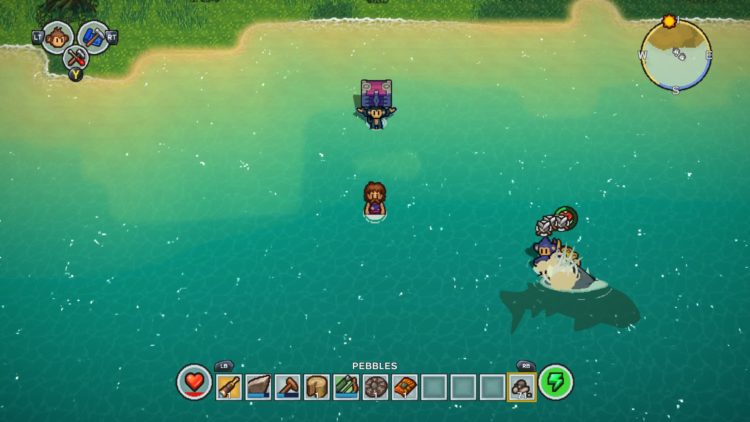 If you place ingredients in the Crafting Bench or via Blueprint Mode, or any feature that lets you cook, you can train the monkey to do the work for you. Click on the “train” command, equip a multitool, and start crafting. Once you see the crafting icon over the monkey’s head, give them the multitool and they’ll start working. 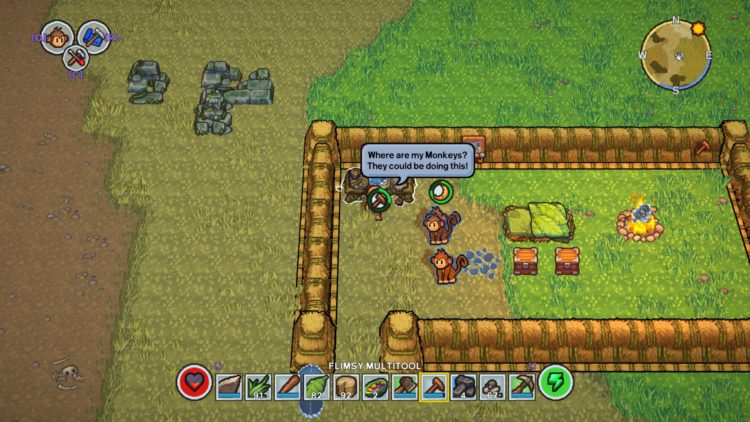 Monkeys cannot multitask. Even if they learned to fight, they’ll forget just how to do that if you gave them another order or training command. They also don’t swap between weapons or multitools, and you don’t want to micromanage that headache. Oh, and they tend to run off to various directions in the open world.

Although they don’t die, it’s a pain to track them down. The Survivalists‘ system gets too clunky, so you’re better off assigning specific monkeys to do specific tasks, and keeping it that way. 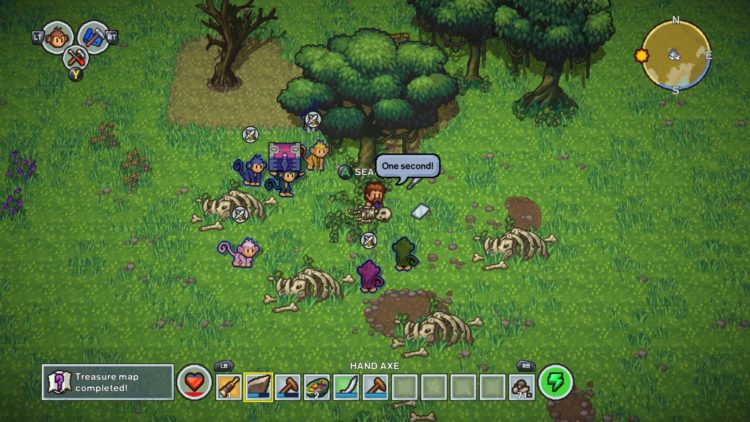 Perhaps the most ideal method you can do as you’re progressing in The Survivalists is to simply use a couple as “mules.” If you’ve crafted chests, or if you’ve purchased the Mysterious Chest from the Mysterious Stranger, you can carry these containers and pass them onto monkey companions.

They’ll lug them around and you can place newfound loot inside as you’re exploring. Meanwhile, give weapons to others so they can handle the mobs for you. 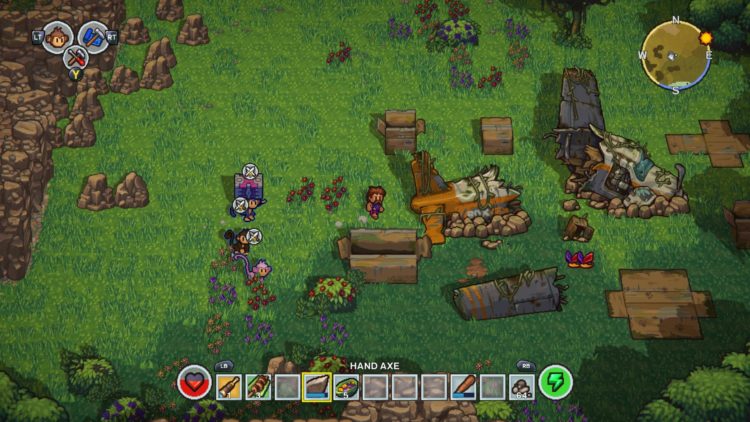 The Survivalists is available via Steam. For more information, check out our guides and features hub.

The Survivalists: Beginner’s guide to help you get started