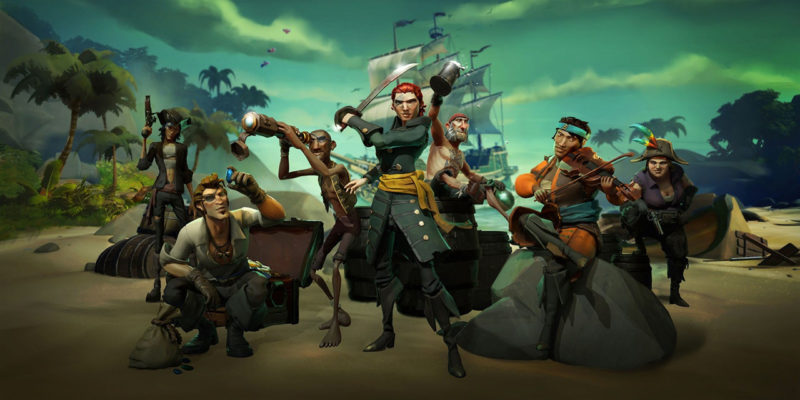 Crossplay is a valuable feature that helps maintain healthy online communities. It reduces matchmaking times and cuts the servers’ stress, which means everyone gets a smoother experience. But more importantly, it lets everyone play together regardless of the platform they’ve chosen. You could say crossplay keeps friendships alive — assuming the games you want to play implement crossplay, that is. To help take the guesswork out of what you can or should play with your Xbox friends, here are some of the best PC and Xbox crossplay titles you can enjoy together. 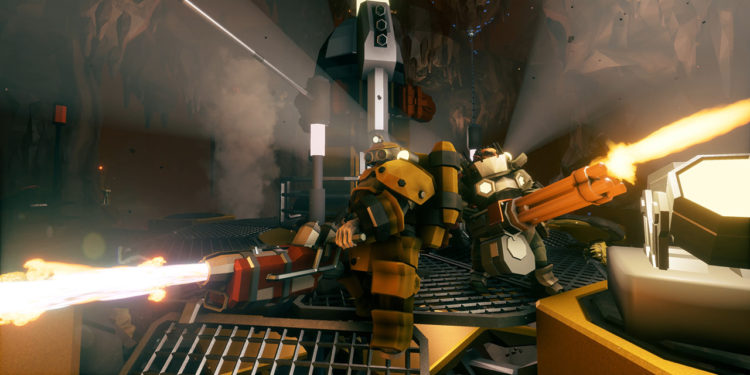 Basically, Deep Rock Galactic is about a group of space dwarves digging holes on different planets. The fun comes from the challenges you face on the way, though. Hostile caverns and tunnels infested with aggressive alien insects await you. Each time you dive in, you need to collect a specific number of resources and successfully escape afterward.

As a class-based game, Deep Rock Galactic allows for moderate freedom in choosing your play style as a Driller, Engineer, Gunner, or Scout. There’s also dwarves’ treasure horde full of gear and weapons you can use to help you survive. Deep Rock Galactic supports up to four players in co-op, and thanks to the native crossplay feature, you and your pals can play across PC and Xbox One. 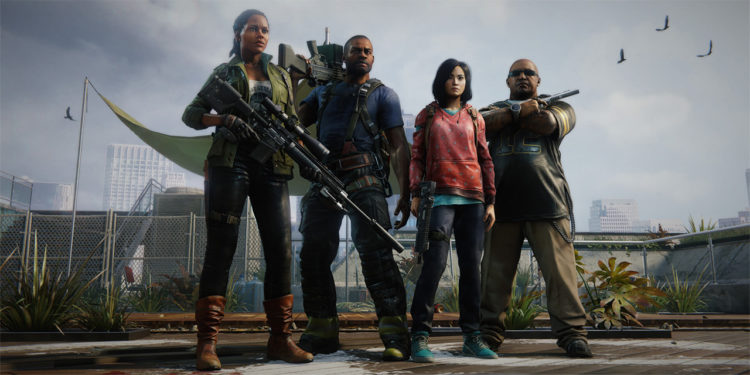 World War Z is based on the eponymous movie and features the same signature zombie swarms. In this third-person co-op action title, players travel across the world and take on various missions shooting their way through hordes of zombies. There’s a story that explores the film’s characters from a different angle.

But if we’re being honest, it’s not the main point. The action is the big draw. The living dead swarm in huge quantities, but more importantly, they’re extremely satisfying targets for you and your friends. There are several distinctive character classes and weapon upgrades to make your experience a bit more personal and unique too. Now that World War Z introduced crossplay  with one of the recent updates, it’s the perfect time to save the world. 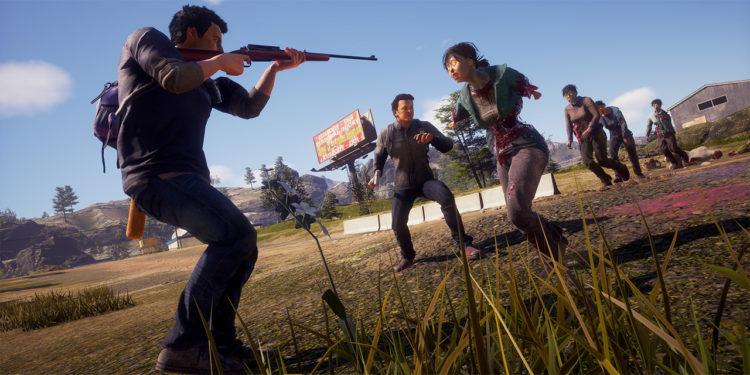 Yes, State of Decay 2 is another zombie game. But it does things much differently than World War Z. It’s an open-world survival game where you seek resources trying to build a self-sufficient shelter. You also need to assemble a team of survivors you’ve picked up from across the nasty, zombie-filled territory, and how you interact with the people you encounter might just make the difference between survival and utter failure.

With your actions, you can rebuild society on a smaller scale — as much as it can be rebuilt in a zombie apocalypse. Even better is how things change every time you play. No community will be the same twice, and that’s a big reason why it’s one of the best crossplay games for PC and Xbox owners. Obviously, State of Decay 2 is especially fun when you play cooperatively with friends, and crossplay between PC and Xbox gives you more friends you can save the world with. And don’t forget Juggernaut Edition just came out as a free update. 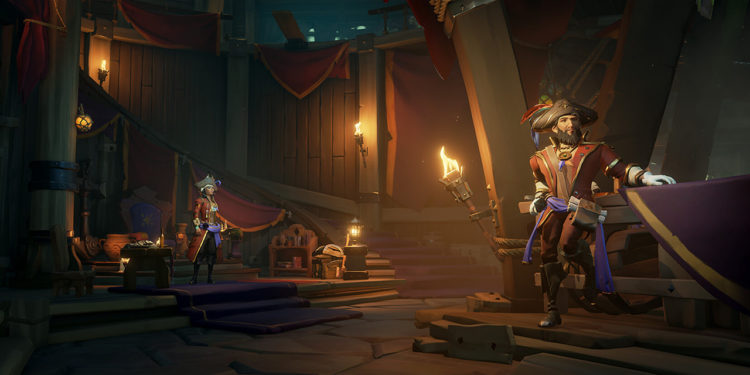 Sea of Thieves encourages players to explore the vast, aquatic world together on a ship. That’s the point — it’s a pirate’s life, and all that. There are islands to discover, booty to claim, rival player-controlled vessels to attack, and a vast story that unfolds in Adventure mode. It’s a game that’s both beautiful and fun, capable of entertaining your crew for hours.

On top of various quests and missions and earning cash and rewards, you can customize your characters and ships with a range of cosmetics, outfits, and event pets. Apart from PvP mechanics, there’re also PvE threats represented by mysterious creatures, combative skeletons, and even a Kraken. There’s so much to experience in Sea of Thieves, and you can experience it together in crossplay sessions on both PC (including Steam soon) and Xbox One. 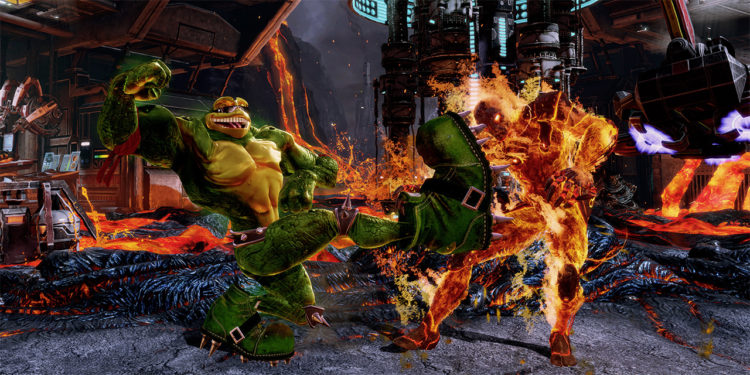 This Killer Instinct is technically a reboot of the classic franchise. As such, it inherits a rich variety of combatants and some of the series’s signature gameplay mechanics, which rely heavily on cinematic combos. And it cranks that up to 20, with dynamic stages, over-the-top finishing moves, and a number of competitive modes you can test your skills with.

The characters are all specially balanced and unique, so you can expect at least one fighter to fit your preferred play style. The progression system allows you to customize characters deeply with additional costumes and equipment as well. Fighting games are always more fun with more people to play against, and Killer Instinct is no different. With so many customizable fighting styles and wild stages, it’s a natural fit for our best PC and Xbox crossplay games list. 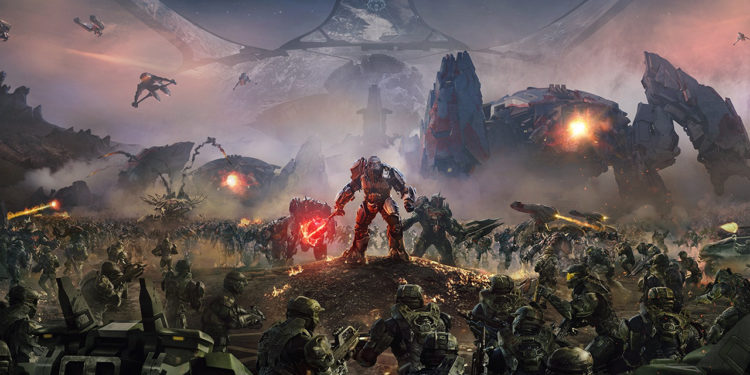 Halo Wars 2 is the only real-time strategy game on the list. It’s a pure strategic experience in the popular sci-fi universe, combining new characters and battles with classic weapons and gameplay. The game’s events unfold on the Ark, an ancient facility that also happens to be the biggest Halo battlefield at the time of release. You’ll fight to overcome the evil Atriox, a newcomer villain in the Halo universe whose minions modified classic Halo weapons to perform in unusual ways.

What makes Halo Wars 2 really stand out is how it blends genres. Like its predecessor, Halo Wars 2 combines tactics gameplay with real-time strategy for a completely unique experience. You can fight to control this enticing power across five multiplayer modes, both co-op and PvP ones, available on both PC and Xbox One. Whether you’re a Halo fan or strategy lover, Halo Wars 2 is definitely one of the best crossplay games (and one of the best strategy games in general). 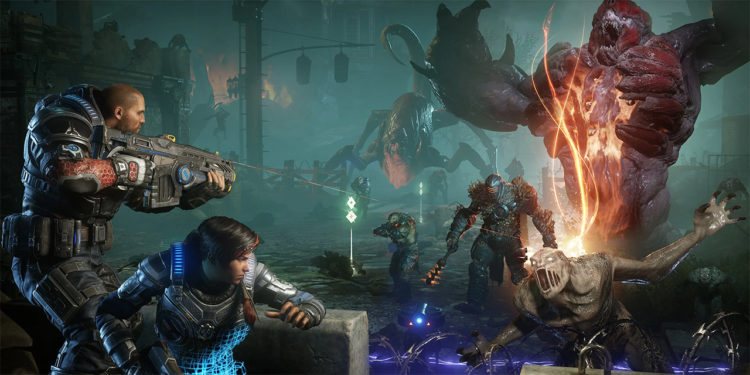 Gears 5 is the latest major chapter in the long-running Gears of War series. It tells the story of the human Coalition desperately fighting against the endless hordes of aliens known as the Swarm. This threat takes on a new, frightening dimension in Gears 5 as the Swarm takes over humanity’s robotic troops.

Outside the main, meaty story mode, there’s a plethora of multiplayer PvP scenarios, a couple of co-op modes with specific sets of rules, and even a possibility to play through the story campaign together with friends if you don’t want to go it alone. It’s these multiplayer modes and the polish in Gears 5‘s third-person shooting that make this stand out as one of the best crossplay games on PC and Xbox. 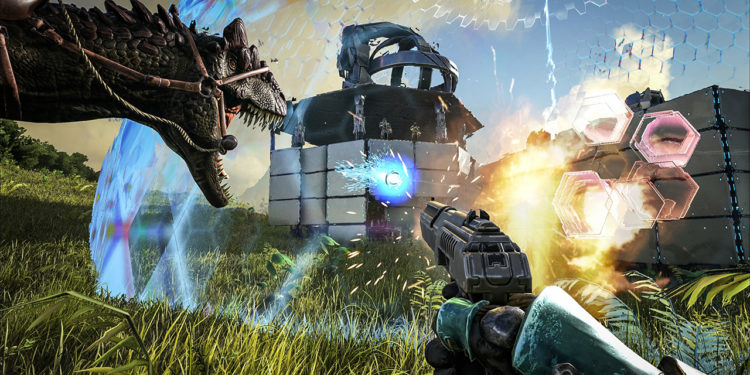 Ark: Survival Evolved starts like every other survival game out there. You regain consciousness on an island with no means to stay alive except your own resourcefulness. You then start slowly gathering materials, crafting more complicated items and equipment, and building a full-scale base to protect your possessions. Then comes the fun part.

After a while, you start taming dinosaurs and other prehistoric beasts. They aren’t pets, though. Oh no. You’re arming them with high-tech armor and weaponry and charging your mounts into exciting battles against the island’s dominant predators. If you get tired of that, you can charge them into raids against other players too or invite them to join your tribe and survive together.

These aren’t the only PC Xbox crossplay games out there, but they are among the best you can play right now. Do you plan on taking any of these for a spin with your friends?

Beyond a Steel Sky preview – No pointing, just clicking