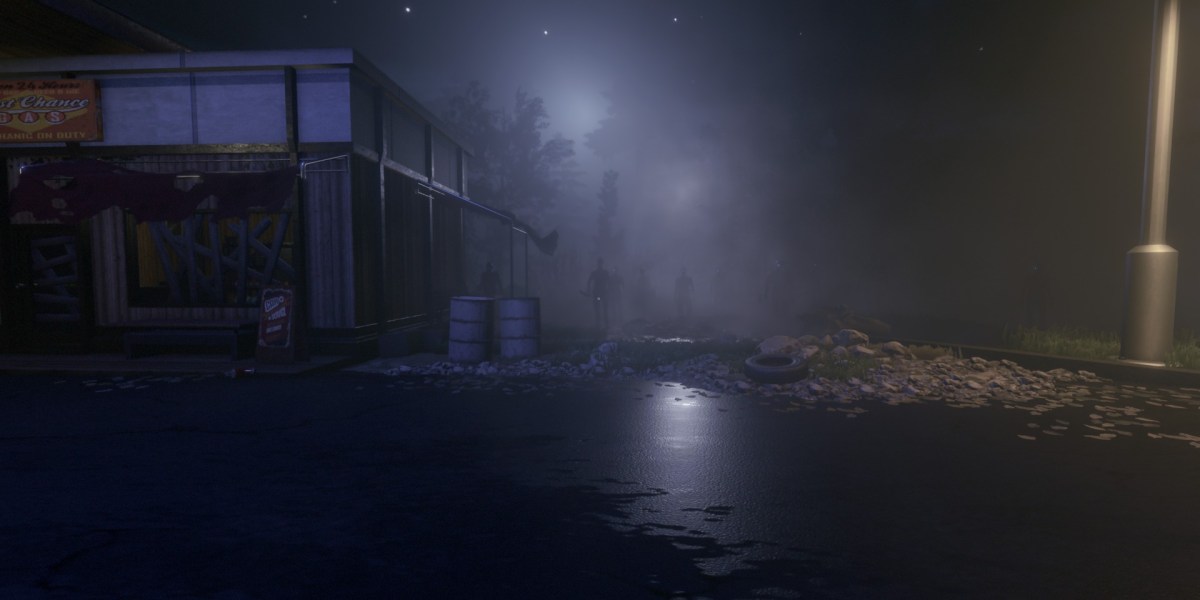 I feel like life is a dark highway, and every time I turn around, there’s a game about a guy walking around in random places to learn something about some kind of tragedy that ties into his past trauma. Those Who Remain has some neat ideas and memorable visuals, but it’s so tedious and so familiar that it’s hard to recommend to anybody but the most ardent of psychological horror fans.

A shot in the dark

Those Who Remain tells the story of Edward, a guy with some baggage. He’s got so much baggage that the game starts with him pressing a nine-millimeter into his skull before receiving a text message from his mistress. He goes to meet her at a hotel, but shockingly, the place is empty and his car gets stolen. He then follows it on foot, only to get magically transported to different areas of the town of Dormont, which has been completely overrun by shadow men with blue eyes. Light dissipates them, but they stand in the darkness with sharp objects, just waiting for their chance to strike.

The game’s narrative primarily concerns the death of a young girl that was covered up by those in charge of Dormont to protect their children from, like, two years of juvie. It’s up to Edward to search every shelf, drawer, and cabinet to find glowing documents that give him a bit more insight into why these people all completely ignored their consciences and did crappy things. It seems like the story wants to appear deep and morally complex, but it’s shallow, with a familiar, unoriginal take on the ideas of guilt and forgiveness. 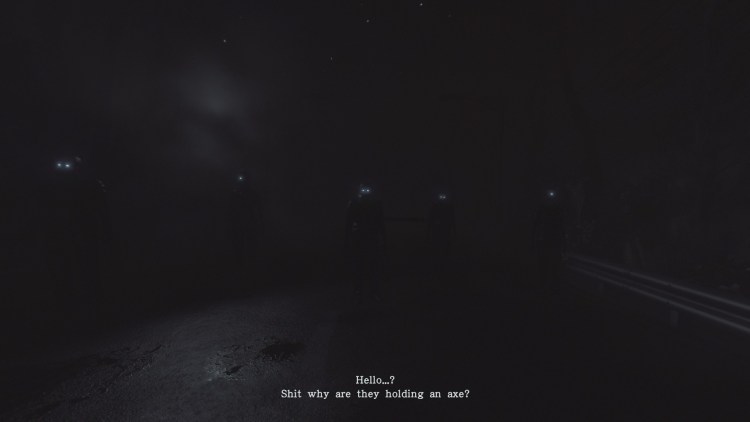 This is further weakened by the purpose of these quandaries. From what I can tell, Those Who Remain has three endings, and which one you get is based on your actions in a handful of binary choices. You need to choose the “good” choice for every action to get the good ending. On the other end, if you choose the “bad” choice for everything but one, you’ll still get the worst ending. Doing all good choices and one bad will also net you a bad ending. I replayed the game a second time to get the good ending but ended up flubbing it simply because I couldn’t even figure out how to achieve one of the good choices due to how unclear the game can be.

Gameplay-wise, Those Who Remain is mostly about looking for glowing objects. You get to an area and have to search every nook and cranny to find a thing. Oftentimes, it’s a key. If not, then it’s some other mundane item like boltcutters or an attic ease. The areas aren’t huge or anything, but they’re large enough that trying to find the one item needed to progress is a pain. Sometimes items are even hidden under or behind other items that you can pick up and move out of the way. On more than one occasion, you’ll need to open entire rows of lockers. What a joy.

When you’re not opening drawers, the game is also about running and hiding from one of a few monsters. You know the drill here. A monster’s presence becomes known, and it walks around while you’re trying to do a thing. If the monster sees you, it runs up to you, kills you instantly, and the checkpoint reloads. Most of the time, if a monster sees you, you can’t get away, so you’re going to die no matter what. And the checkpoints can often be placed before sections of mandatory dialogue or slowly going through doors, so you might have to just see the same things a lot of times until you progress through trial and error. There are also segments where you just have to run away from a monster, and some of these have the same caveats. 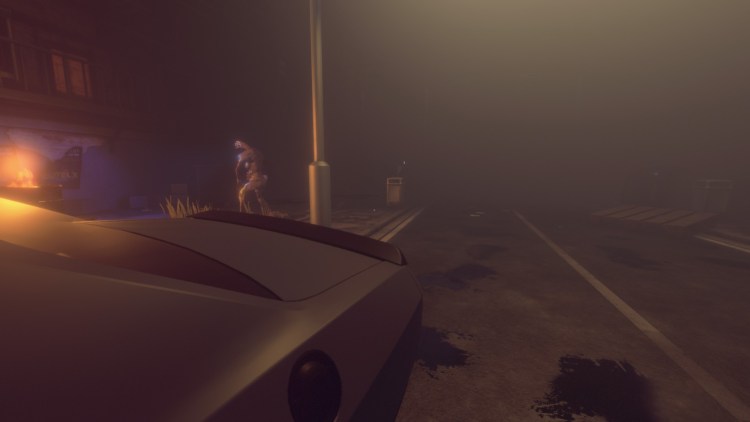 The absolute worst part of the game is a section that combines moronically tedious item fetching with monster dodging. You’re in a large maze and have to slowly transport six statues onto platforms one at a time. There’s also a monster wandering around the maze, which is very foggy. If the monster sees you, which it probably will since you can’t keep tabs on it, it’s almost certainly going to get you. It doesn’t matter if you’re on your way to grab the sixth statue; you’re going to have to do the entire section again from the beginning. It doesn’t help that monster movement in Those Who Remain is generally random, so whether you’re even able to get past them seems to be based on chance.

Almost everything you need to do in Those Who Remain is a irritating fetch quest. As soon as you get to your next objective, you realize that you need another thing to do an obvious thing, so you either need to wander around to trigger events or wander around and find the glowing items the game is so incessantly fond of.

There are puzzles in the game, but they’re all either brain-dead easy or vague to the point that you might have to solve them by guessing. The game’s other main gameplay function for progressing is that you’ll enter an “other” world through doors or closets. You often have no way of knowing if one of these is even available, so you just have to open every door and closet you come across. The other world shenanigans do lead to some mildly clever sequences where the two worlds have different layouts and the two switch back and forth on a timer, which can be neat. Plus, there are usually large differences between the way the two look even though they’re the same place, which I liked. 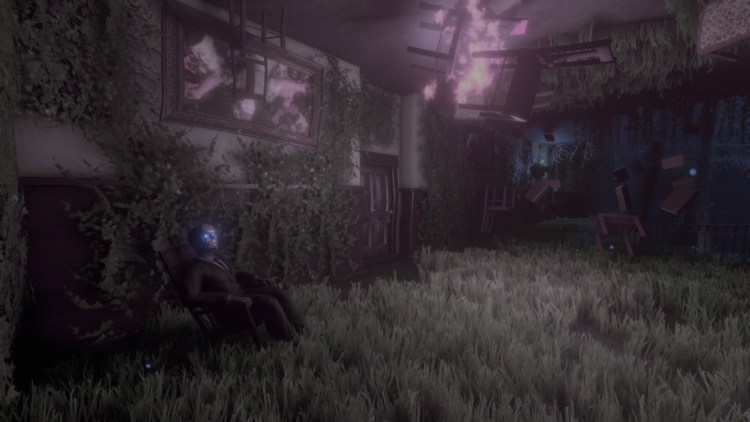 A lot of the puzzles are based around your illuminating an area, albeit in arbitrary ways. The problem with these dark places is that they’re incredibly inconsistent. Sometimes you’ll die even if there should still be enough light around you. Other times, completely dark areas won’t affect you at all. There are plenty of times where I died because I got too close to a dark place and then plenty of others where I just walked into totally dark rooms and nothing happened to me.

Those Who Remain isn’t something I’d call a bad game, but every single thing it does has been done better somewhere else. The story is mostly okay, even if the explanation that comes at the end is the most generic one imaginable. I’m not going to spoil it, but if you think, “What are the most common reasons for things to go bad in horror stories?” then the explanation will probably be on your list.

Still, it does have its creepy moments and the atmosphere is decent, even if it is undermined by some of the silliest animations I’ve seen in a while. The main character’s arm often looks and moves like a pool noodle. Anyone who enjoys rummaging around for items in the dark can find something satisfying here, but the generic story, bad monster sections, and tedious progression make for an easily skippable game. 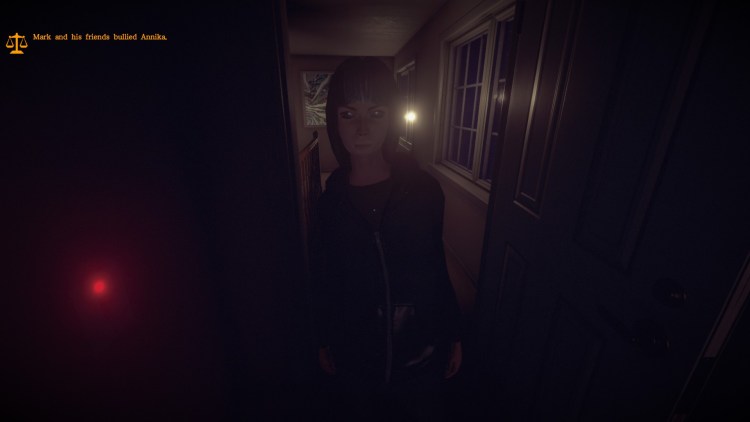 Although it often looks cool and has some strong level design, Those Who Remain is tedious, and loaded with boring item hunts and frustrating "stealth" sections/