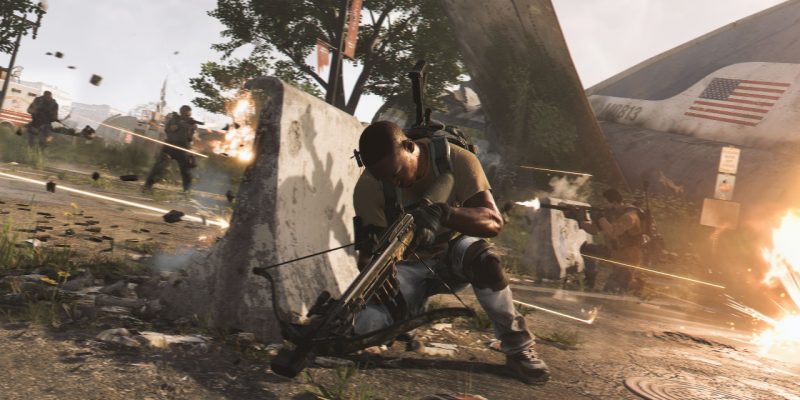 A new leak for an upcoming Tom Clancy game has surfaced. As posted by Twitter user ZeroBytes, the leak is for a Tom Clancy PvP game codenamed BattleCat. It’s a first-person shooter that is still in early development. As such, it will not feature at Ubisoft Forward, Ubisoft’s E3 event, later this week.

The leak showed several images of BattleCat‘s gameplay and user interface, and several characters from the three previously named Tom Clancy games were seen as playable. These include Echelon from Splinter Cell and The Division‘s Cleaners.

Each character in Tom Clancy BattleCat will feature their own unique ability set that will impact how you approach gunfights. The examples shown were Echelon’s radar stealth, the Outcasts’ Divine Intervention, and Wolves from Breakpoint‘s extra armor bonus. Currently, there are a lot of  unknowns regarding these abilities, but it appears that Divine Intervention is an ultimate ability that prevents allies from dying whilst active.

The BattleCat leak also detailed two game modes: Escort and Ringleader. Escort requires a team to escort a package to a specified area without the defending team stopping you. Meanwhile, Ringleader is a deathmatch game mode where rings have to be collected from killed enemies.

The Tweet was posted this morning, but it appears that Ubisoft caught wind of it. Whilst the Tweet itself is still available, the images themselves have been taken down “in response to a report from the copyright holder.” Given Ubisoft’s eagerness to have the leak taken down, it doesn’t seem too improbable that Tom Clancy BattleCat is a real thing.

Prince of Persia: The Sands of Time Remake will not be at E3