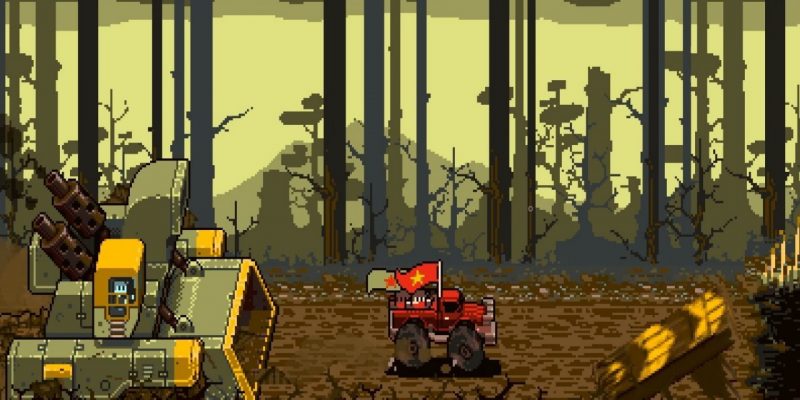 Every so often GOG will kindly give away a game for free. It’s a mixed bag as to what you can expect from this service but this weekend’s offering looks to be an excellent one. The retro-inspired arcade brawler Tonight We Riot is free on GOG until the end of the weekend.

Tonight We Riot is a shoot ’em up developed by indie studio Pixel Pushers Union 512. It may not be the most well-known title on the market, but it has been well received. On Steam it has ‘Very Positive’ reviews on average and on GOG itself it sits at a respectable 3.2 out of 5.

Adding to your collection

There are some advantages to picking up games on GOG over most other modern game distribution services. Unlike Steam or the Epic Games Store, GOG is DRM-free, with DRM standing for Digital Rights Management. Buying a game from a service that doesn’t require DRM means that you permanently own that product. It can never be taken away from you for licensing reasons.

Tonight We Riot will remain free on GOG for 48 hours, and the deal ends on May 2 at 09:00 ET. There’s time to pick it up but don’t mull over it for too long. This is a free game after all, so you’ve got nothing to lose. As for why you should consider picking up Tonight We Riot on GOG, it has a selling point that isn’t overly common in 2021. It is a genuine couch co-op game which is rare in this day and age. Arguably, it’s even harder to find these kinds of games on PC as the platform tends to lean more toward competitive than casual.

For others, its retro aesthetic and game design may be appealing. Old school shoot ’em ups are a dying breed so to have one made that is actually good is worth trying out. Be it to revisit the kinds of games you grew up with or to discover something from an age before your time.

IO Interactive’s unannounced project might be a fantasy RPG

Max Thunder is the next playable character in Streets of Rage 4 – Mr. X Nightmare DLC