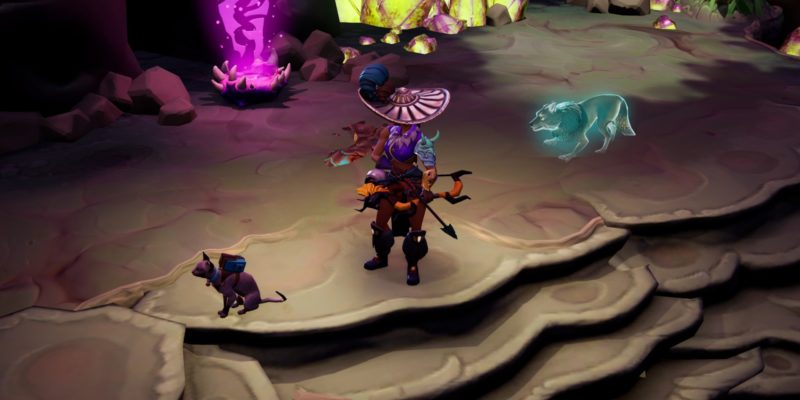 Torchlight III is a game that animal lovers might be interested in. That’s because characters are able to bring along various cute and cuddly pets to help out on adventures and dungeon delves. These pets have their own skills and inventory. Here’s our mini-guide to help you out.

1. You’ll be able to obtain your first pet as soon as you start Torchlight III‘s campaign. You’re given three choices, but you can later acquire more as you progress through the game. 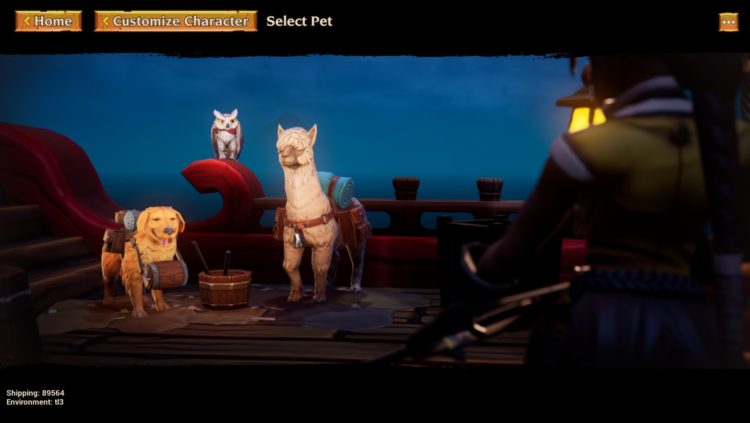 2. Pets are often found inside Pet Cages that can be unlocked once you defeat bosses in regular maps or those in Mapworks Portals. You can send them home, dismiss them, or swap them with the animal companion you currently have with you. 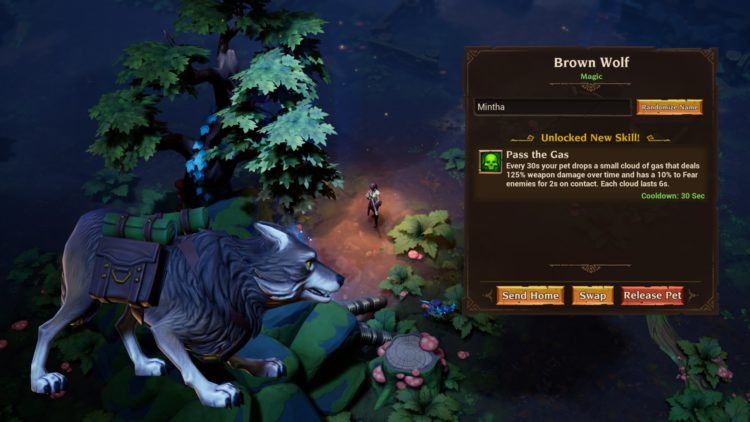 3. By default, pets can carry up to 20 items in their inventory, so you don’t need to go back to a town hub or your fort just to sell or dismantle all your gear whenever you’re over-encumbered. Likewise, you can directly sell items in your pet’s inventory by switching to that panel. You can also do this when sacrificing items to your Luck Tree to increase your Gear Luck stat. 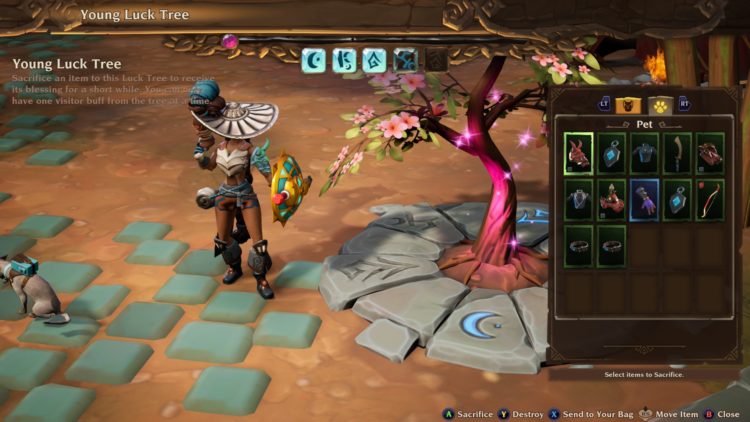 4. If you want to switch over to a pet that you’ve already found, you can do so by heading to your fort and building a Pet Shelter. The Pet Shelter has the capacity to have up to 50 of your furry friends and you can always change their names or dismiss the ones you don’t need. 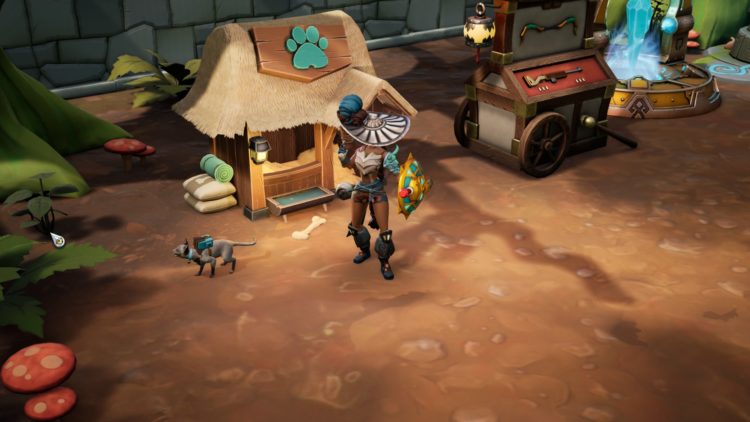 5. Pets can equip different items such as collars and tags which confer different stat boosts. Keep in mind that, while they’re quite tanky, they’re not invincible. If they’re defeated in battle (or if you accidentally dismiss them), they’ll respawn after a couple of minutes pass. 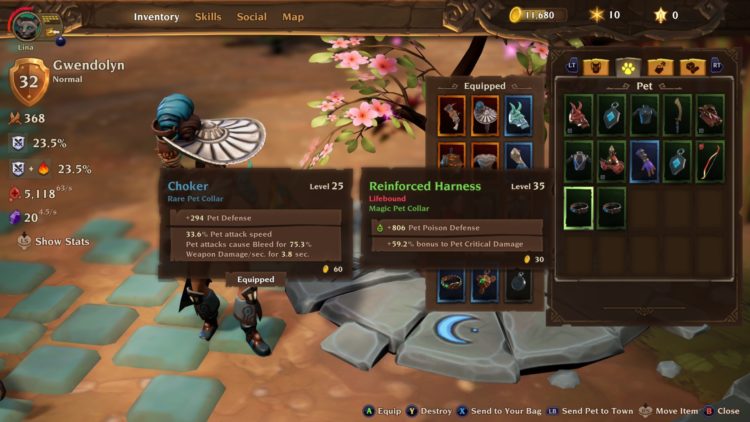 6. You’ll be able to equip pet-specific passive perks via your Legendarium. Of course, you’ll need to disenchant legendary gear that has these effects first. Some legendary gear for pets can be acquired via Torchlight III‘s quest rewards too. 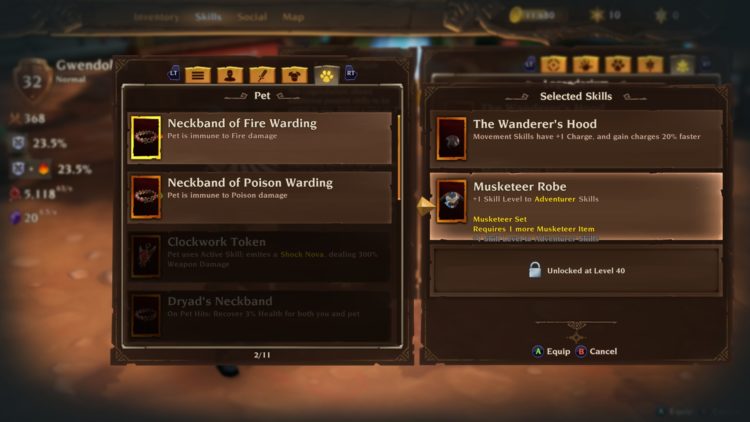 Torchlight III‘s pets come in many shapes and sizes such as dogs, wolves, cats, owls, llamas, and more. Your furry furball companions will also have a default skill once you obtain them. However, you’ll be able to give them four total skills and perks via the pet panel.

Note: Certain skills won’t be available until you’ve found a pet that has that skill already. Active skills will be cast every now and then, with each one having a 30-second cooldown. Multiple passive skills can be equipped and will be enabled always. Lastly, aura-type skills are always enabled, though you can only equip one of at any given time. 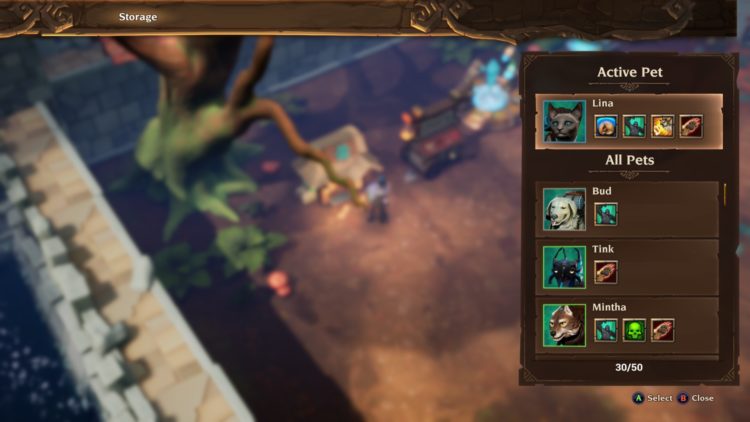 Here are some examples of pet skills you’ll find during your Torchlight III adventure: 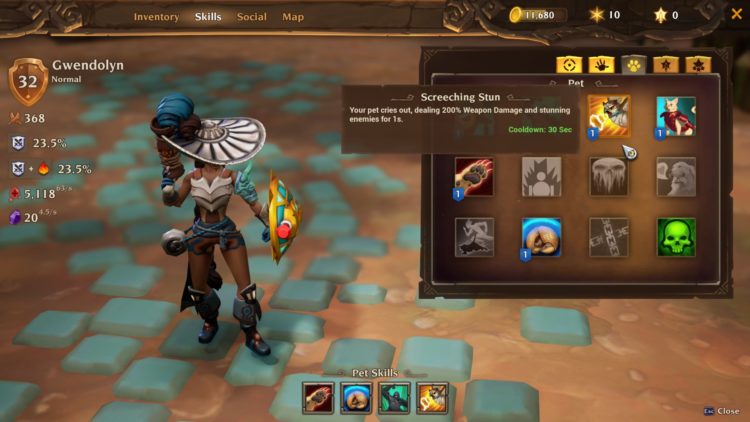