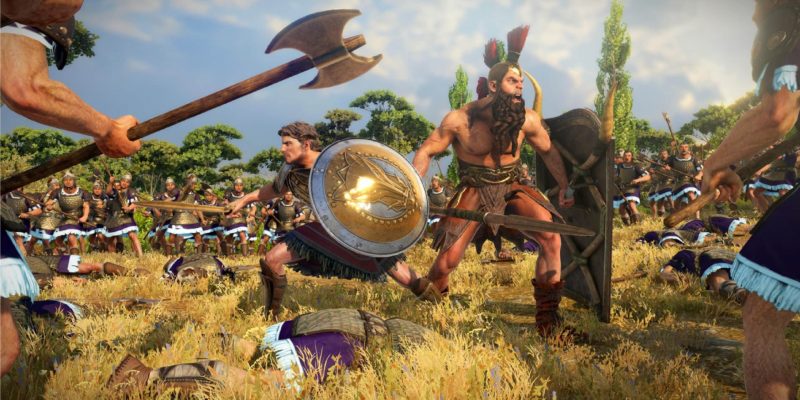 It’s been a while since we’ve had a content drop for A Total War Saga: Troy. The last time I was able to check out the game was back in September when the Amazon queens, Penthesilea and Hippolyta, were introduced.

Fast forward to the present, and two more champions join the epic clash. These two warriors, Ajax and Diomedes, belong to the Greek host, and they’re the next DLC for the game.

Ajax leads the faction of Salamis. His strength and brute force are unrivaled, and he truly is the bulwark of the Achaean host. His units, such as the Salamis Marines, Salamis Spearmen, and Ajax’s Wall also emphasize these qualities since their lord relies on slow but heavily armored infantry.

Meanwhile, Diomedes, the renowned ruler of Argos, fields a well-rounded army with soldiers that can hold the line and many more that are used for flanking maneuvers. Examples include Argive Raiders, Heroic Axe Runners, and Night Runners.

Both leaders also gain access to Paragon units. They’re obtained via special recruitment and, in battle, they’ll have higher stats and an aura ability. In Ajax’s case, he can access some units outside of his regular roster (such as the hero Neoptolemus, the son of Achilles, leading Myrmidons into the fray). As for Diomedes, he can create the Paragon unit that he wants by combining buffs from other regular troops in his roster. 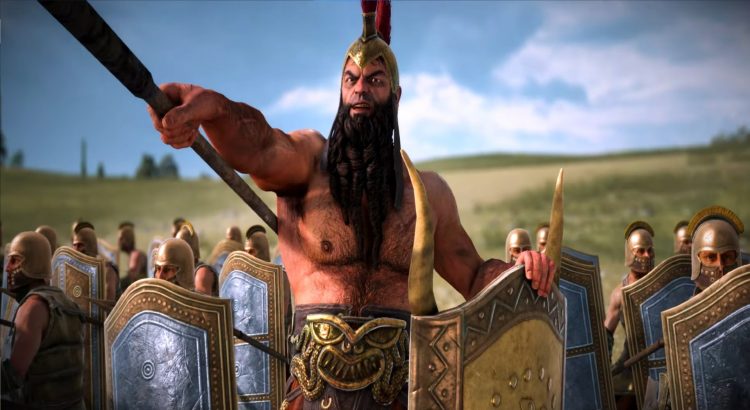 A Total War Saga: Troy’s Ajax & Diomedes DLC also introduces unique faction mechanics for both Salamis/Ajax and Argos/Diomedes. There’s even a new special event to conquer Troy (and steal the Palladium) which can come into play during the campaign. Likewise, there’s the new Thebes campaign model and battle map for you to try out. Additionally, all owners of the base game would get to experience new content via a free update. The free update adds Hephaestus as a god for the Divine Will system and the Divine Craftsman as an epic agent.

A Total War Saga: Troy – Ajax & Diomedes will be available on January 28 via the Epic Games Store. For those still holding out for a Steam release, you’ll only need to wait until August 2021. The DLC will also be made available on Steam by then.

Anyway, if you’re keen on learning more about the upcoming DLC, you can watch the announcement trailer below and check out its FAQ page. If you already own the game, though, don’t forget to head over to our guides and features hub.

The Medium live-action trailer pulls out all the stops

By A.K Rahming10 mins ago
Hardware