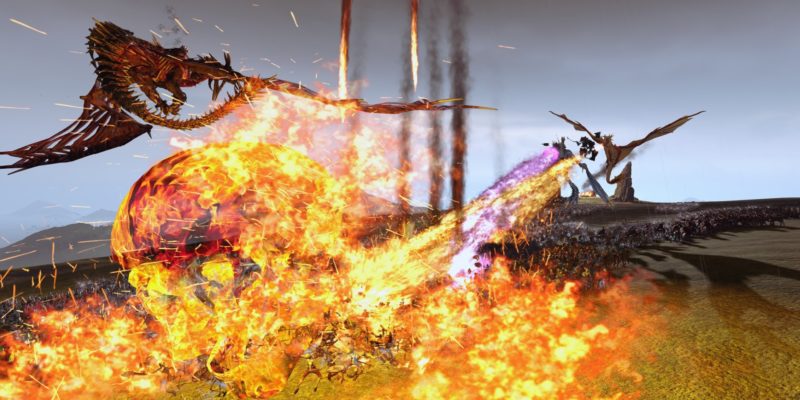 Total War: Warhammer II‘s newest FLC lord, Prince Imrik, aims to obtain the Armor of Caledor unique item (seen below). That will lead him to a quest battle against three disparate armies. Here’s our guide to help you out. 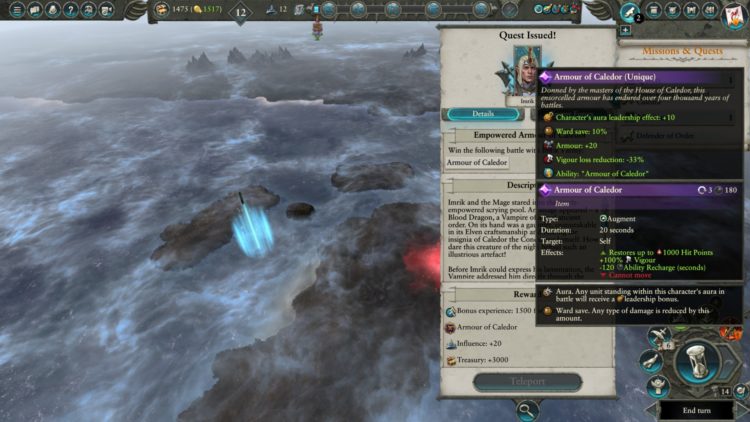 Here are the quest steps for Prince Imrik’s unique item which you can complete as you’re progressing through the campaign: 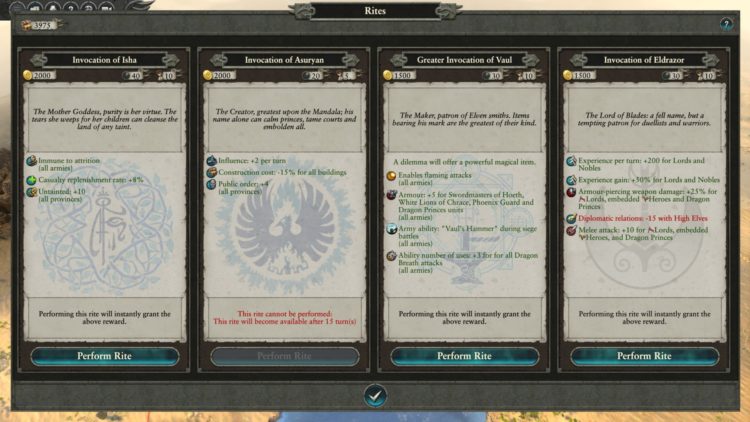 In the quest battle for the Armor of Caledor, Prince Imrik will be up against three armies:

Note: If you need the extra help, you could always tame your first unique dragon or reach level 14 (to have Minaithnir, a Star Dragon, as a mount) before tackling the Prince Imrik’s Armor of Caledor quest battle. 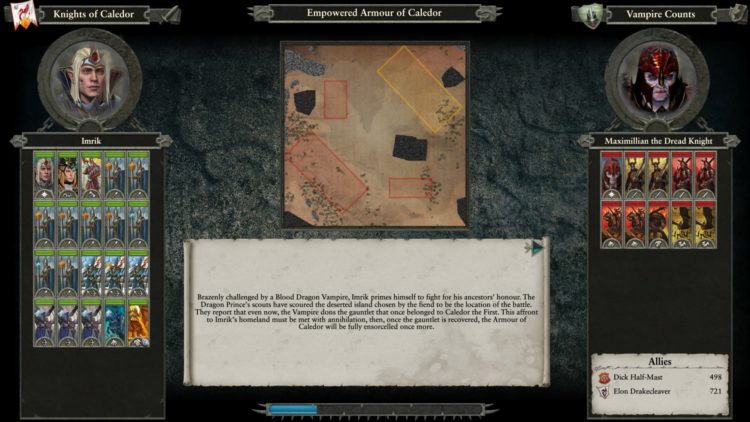 The fodder army of Druchii will advance first towards your right flank. You should have enough time to prep your own units and maybe fix your checkerboard formation.

While this is going on, the Vampire Coast artillery will start blasting you from your left flank. The idea is to send Imrik (hopefully on Minaithnir already), your Sun Dragon, and your Dragon Princes to blitz the undead sailors. Just be careful of triggering the Bloated Corpse’s explosion with your cavalry (Imrik and the Sun Dragon can soak the damage, but your expensive horsies can’t). If you’re lucky, Imrik’s charge or the Sun Dragon’s breath attack would make the Bloated Corpse explode on its own allies. 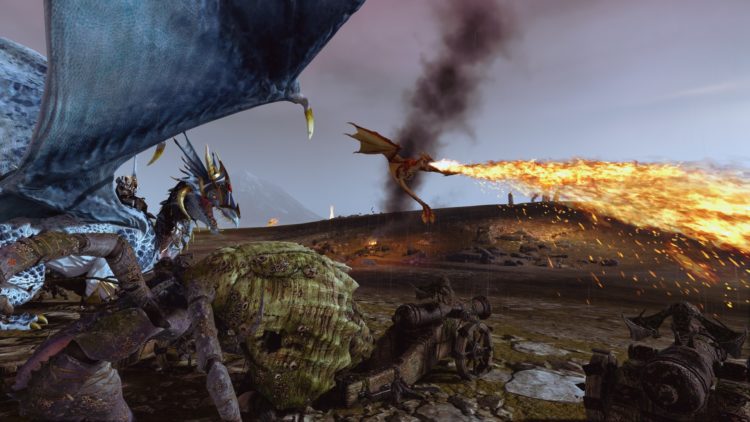 As for your main army, Mikaela should be fine casting spells on her own to help keep the Druchii at bay: 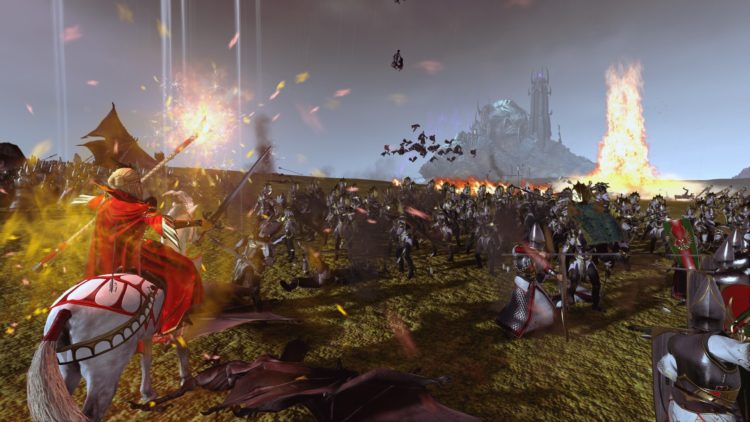 Once you’ve routed most of the Dark Elf army, the Blood Dragon Vampire’s force would advance. Because Imrik and co. are closer, many of his troops would head over there: 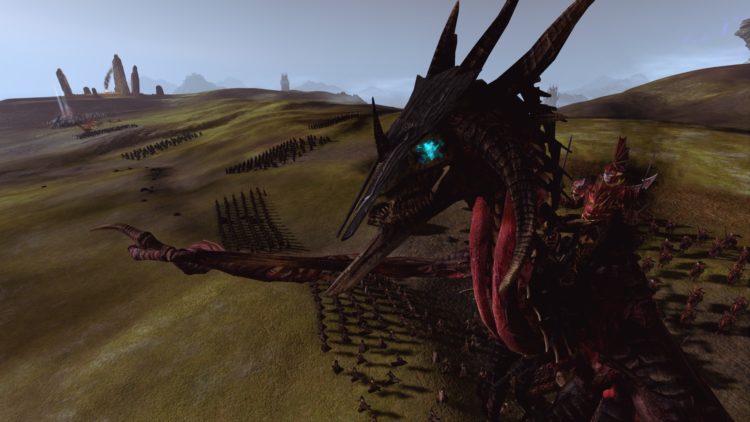 Try to inflict as many casualties as you can before retreating back to your lines. All three hostile armies should now converge and attack, so consolidate and face the combined threat: 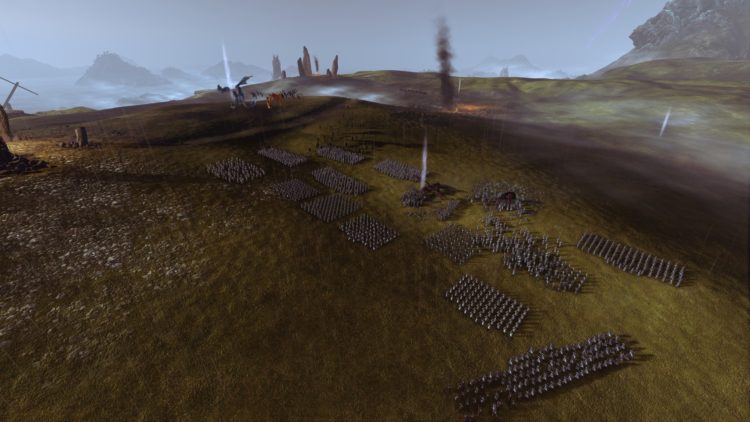 Since you’ve got dragons, flame spells, flammable attacks, fire-based debuffs, and hordes of undead, you know you’ll be barbecuing a few zombies today: 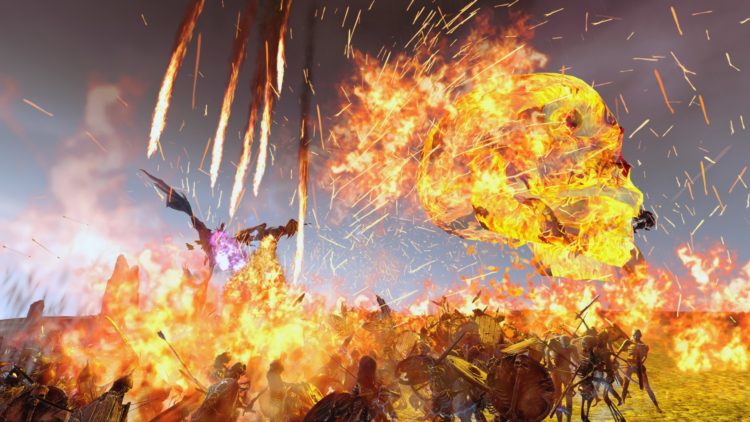 Total War: Warhammer II – The Warden & The Paunch is available on Steam. Since Prince Imrik is an FLC lord, you’ll need to download him separately. For more information about the latest add-on, check out our guides and features hub.