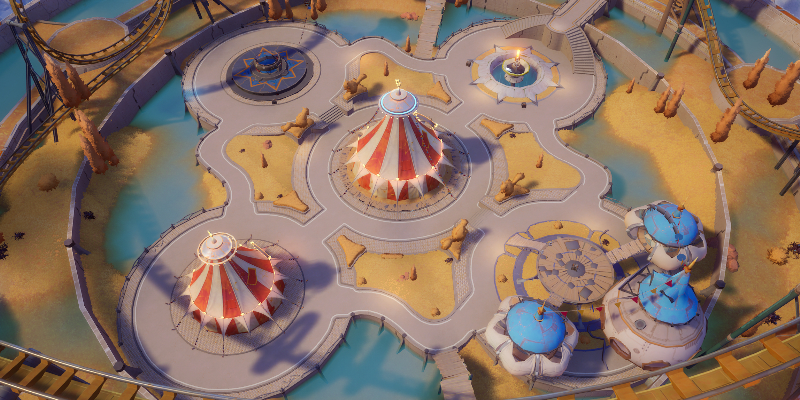 Most MMORPGs will task players with completing a variety of dailies if they want to be efficient. The amount of dailies varies from game to game, with Tower of Fantasy having more daily activities to complete than most MMOs. To help you get into a routine, we’ve put together this guide on the dailies you need to be doing in Tower of Fantasy.

The best Dailies to do in Tower of Fantasy

The dailies listed below are in order of priority. The higher they are on this list, the more important it is that you are completing them every day. If you want to save time consider skipping the daily activities further down on this list as they are not as impactful.

Each day you are given four new bounties to complete. These vary from simple collection tasks like ‘Collect 20 Strawberries’ to hunting down a specific enemy like ‘Defeat the Overpower commander.’ Completing these bounties rewards a lot of experience, a good chunk of gold, nuclei, and various other miscellaneous items.

To find your bounties hold left ALT while in the overworld to enter cursor mode. Then select the symbol of two crossed swords located at the top right of the open-world interface. Finally, click the recommended tab and then Daily Bounty. Your four bounties will be listed here and can be tracked to make completing them nice and easy. 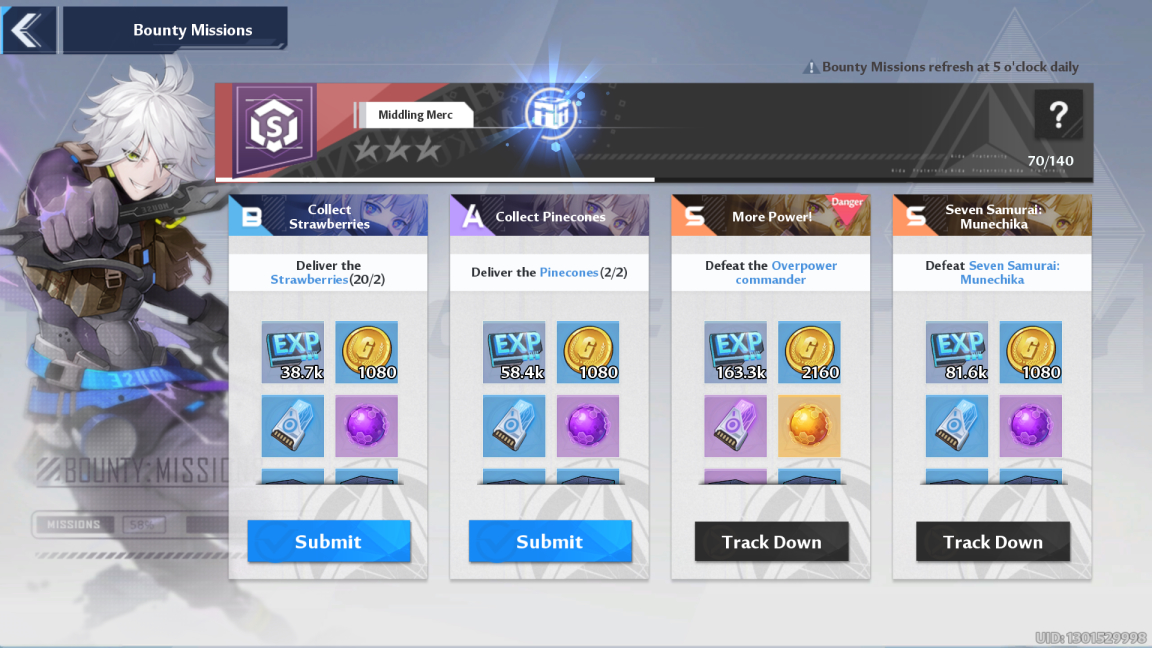 One of the best dailies to complete in Tower of Fantasy are the vitality missions. Vitality is a currency that passively refreshes over time. It can be used to complete one of five mission types. These missions reward energy crystal dust which is used to purchase various items. Consider checking out our official Vitality guide for more information.

Vitality missions can be found by once again selecting the crossed swords in the open world interface. Then click ‘Select’ and you’ll be able to see how much Vitality you have and the five available different missions. The best missions to complete are either Interstellar Exploration for enhancement items or Joint Operation for SSR matrices. 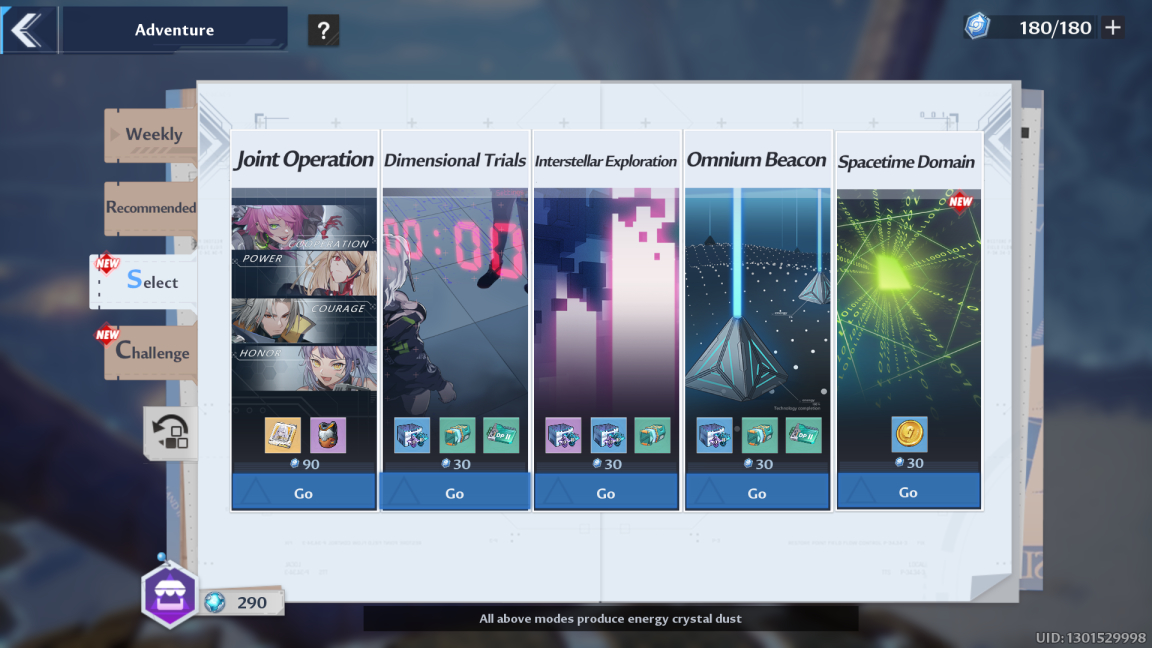 Another important currency in Tower of Fantasy is training points. These can only be earned by completing training missions, of which only two can be completed per day. The main use of training points is to purchase special gifts which can be given to your simulacra to awaken them. Awakening simulacra unlocks their traits — some of which are very strong. For example, Samir’s Shadow trait provides a flat 20% damage buff as long as you avoid being hit by incoming attacks.

As with most of the important dailies in Tower of Fantasy, the training tasks can be found through the adventure menu. So, as before, click the crossed swords at the top right and then select ‘Challenge’ in the following menu. Finally, go to training and then follow wherever the marker takes you. Don’t be disheartened if you fail a training mission on your first attempt. Some of them are surprisingly hard and require practice. 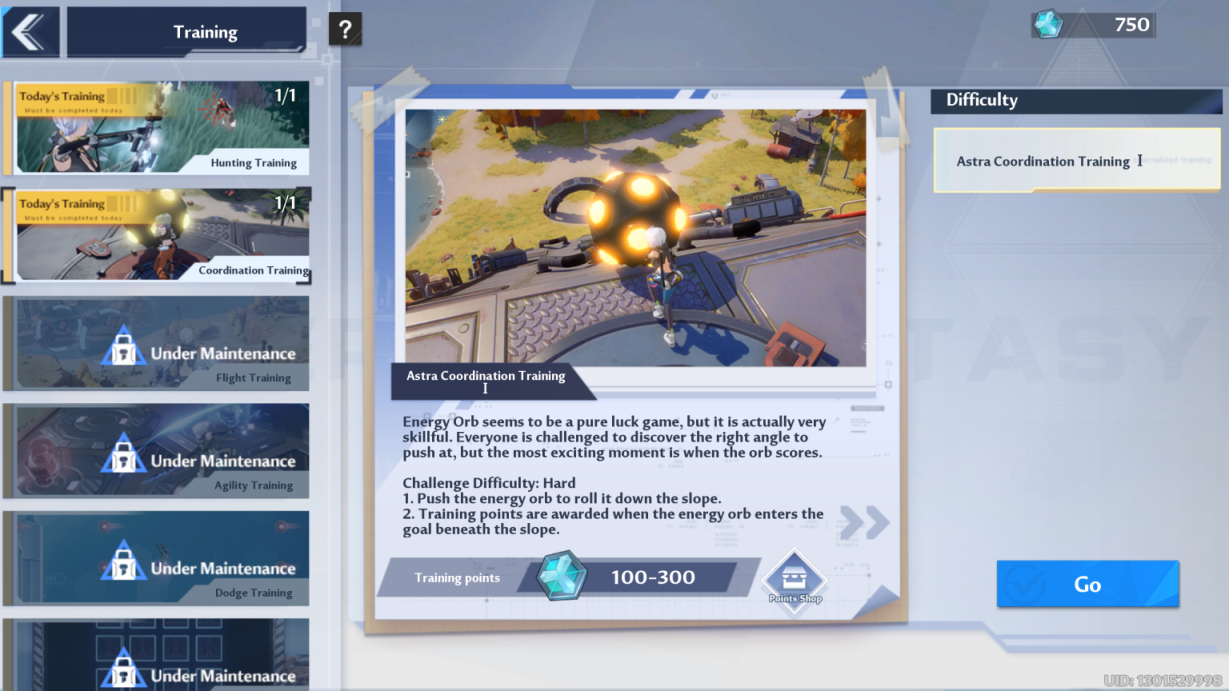 Everybody’s favorite robot companion isn’t just limited to helping out on the frontline. In her spare time, Mi-a runs a local café where she can cook up some fine dishes for you. You can visit her café three times a day, and it’s worth doing. Eating Mi-a’s food fills up your satiety, awards experience, and gives you a random buff.

To go to Mia’s Kitchen, once again head over to the adventure menu by clicking the crossed swords while in the open-world interface. Then click ‘Recommended,’ the same tab you selected to find your daily bounties. Finally, click Mia’s Kitchen and eat up. You don’t have to wait around for the animation of Mi-a cooking the food to finish to get the rewards. Just start the activity and immediately back out and you’ll still receive the experience and buffs. 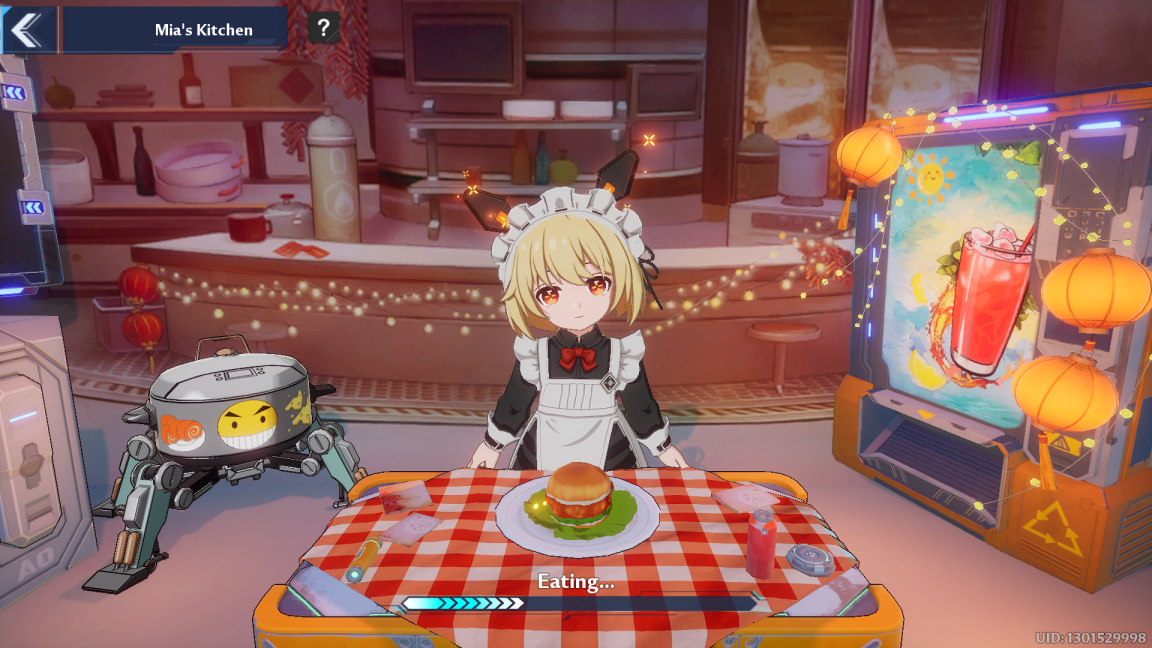 The remaining dailies on this list are less important, but can be useful for Tower of Fantasy players who are looking to optimize their gameplay. The first is the Black Market Mystery Box which can be found just west of the Black Market Spacerift in Banges.

Head to the location shown below and you’ll find an NPC named Hopkins. Hopkins will ask if you want to try your luck at his mystery box game. Select ‘Yes’ and two mystery boxes will spawn. Choose either one and open it up. You’ll receive two random gifts that can be used to awaken a simulacra of your choice. 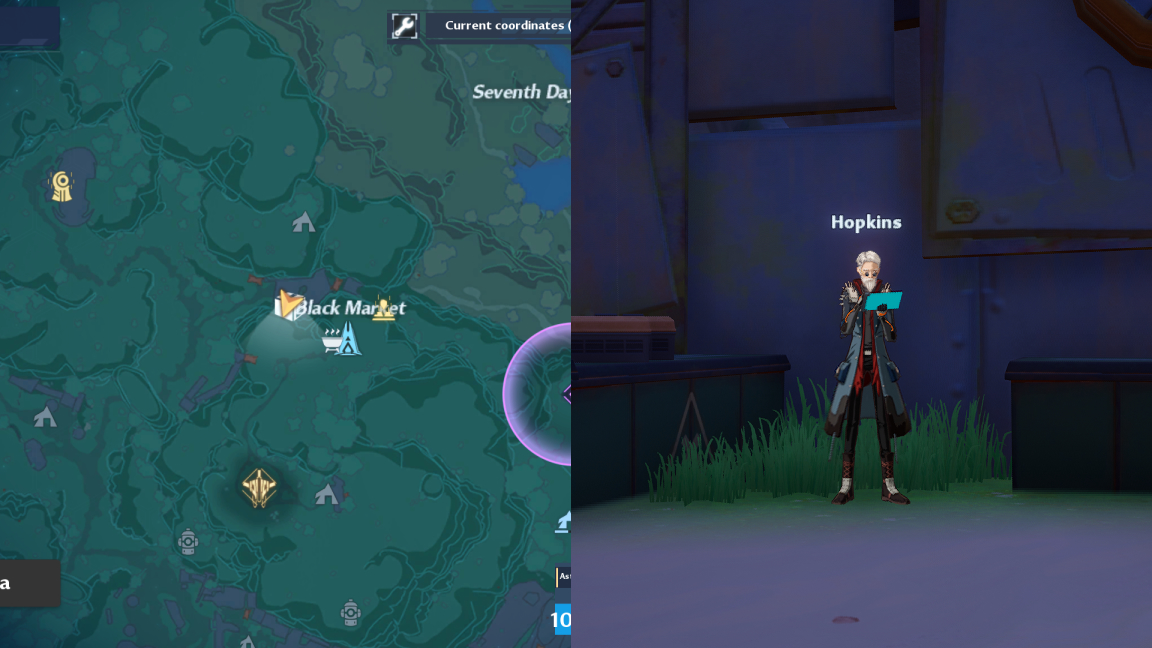 Location of the mystery box (left) and Hopkins, the NPC you need to talk to (right).

Continuing the theme of awakening simulacra, there is another daily that rewards up to three gifts. This is the Cetus Island Claw Game, which is unsurprisingly located on Cetus Island. This can be found north of the map in Navia. It is visited during the main campaign, so players who have passed that point should have already discovered the nearby spacerift.

The arcade machine to begin the claw game can be found near the center of Cetus Island. Interact with it and then move the claw above a target to try and pick it up. This is luck-based, so some days you will walk away with multiple gifts and other days with zero. The best toy to try and pick up is the one with the tail as it has a higher success rate. 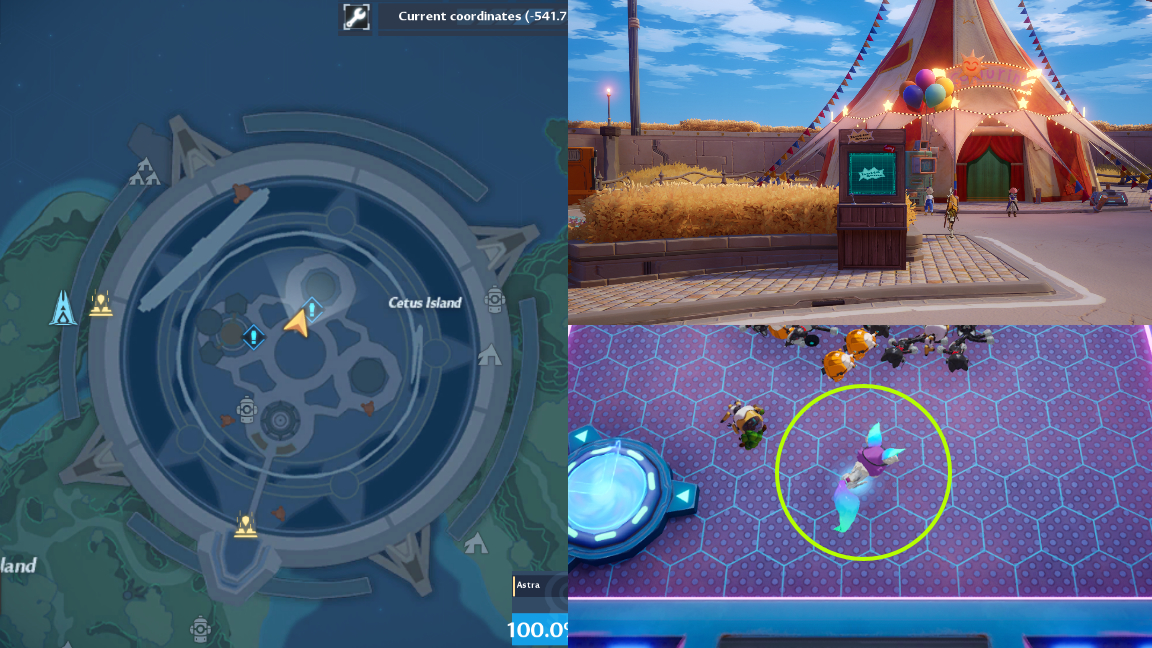 The location (left), the arcade machine you are looking for (top right), and the best toy to try and pick up (bottom right).

As Tower of Fantasy dailies go the daily sign-in rewards aren’t overly important. Even so, there isn’t much reason to not redeem them as it’s so easy to do. Click the present at the top right of the interface and then ‘Rewards’ at the bottom of the following menu. From here you can redeem a prize for logging in. Once you hit a 7-Day Streak, you are given a SSR Relic shard box to unlock and advance SSR relics. Feel free to check out our official relics guide for more information on what relics to unlock.

Hearts of Iron IV: By Blood Alone DLC to release next month