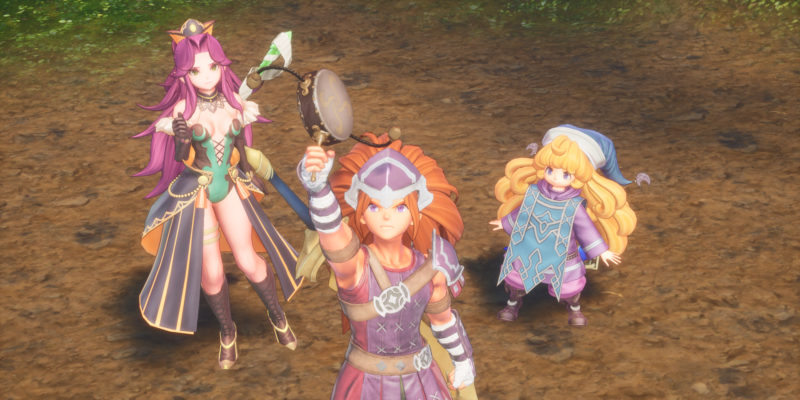 Square Enix has released the first of three Trials of Mana trailers today. This first glimpse takes a look at Duran and Angela, two of the six playable heroes in the game. Moving closer to launch, Square will presumably release trailers for the remaining characters, which include Hawkeye, Riesz, Kevin, and Charlotte.

Duran is described as a “skilled, hot-headed young soldier from the kingdom of Valsena, who seeks revenge against the Crimson Wizard.” Joining him in the trailer is Angela, a rebel princess from a kingdom of magicians who is struggling to escape her mother’s shadow.

The game is slotted to release on PlayStation 4, Nintendo Switch, and Steam on April 24, 2020. You can pre-order it now and receive the Rabite Adornment DLC, which will provide an EXP boost to battles up to level 10. The additional offer is available exclusively on PC until May 21, 2020, so you can buy it shortly after launch and still receive the downloadable content.

About Trials of Mana

Trials of Mana is a recreation of 1995’s Seiken Densetsu 3, which was released exclusively in Japan. Earlier this year, it was finally released internationally for the very first time with Collection of Mana, which debuted on Nintendo Switch. The third in the trilogy of “Mana” games, Trials of Mana follows on the back of the ever-popular Secret of Mana.

In the game, you’ll choose a party of three out of the six playable characters. Your party will then set out on a journey to battle the forces of evil that “threaten a world where Mana has been weakened.” The game has been updated from its classic 16-bit aesthetic with fully-rendered 3D environments. Although the story and real-time gameplay has been maintained, Square announced that a few tweaks have been made to bring it to a modern audience.

You can pre-order Trials of Mana and receive the exclusive Rabite Adornment DLC on Steam now.