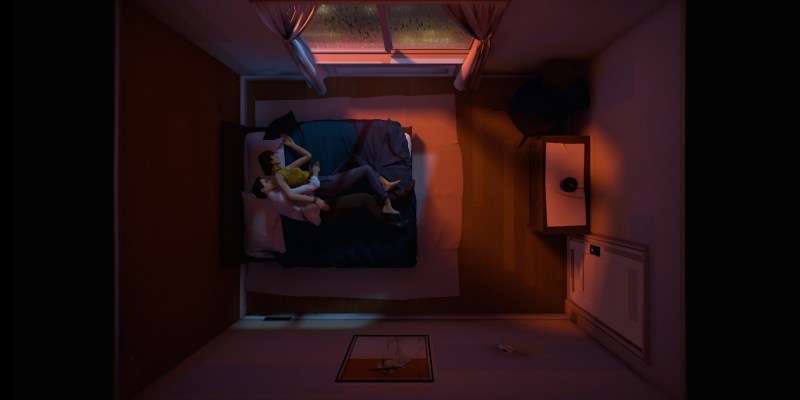 Twelve Minutes is just one of those games that stick with you and keep you thinking about what you just experienced after the credits have rolled. So naturally, we just had to delve deeper and find out more about the inspiration for the game’s core design choices and development process. Not long after its release, I got the chance to interview the creator of the game, Luis Antonio, who was kind enough to provide detailed answers to our questions.

You can check out our review of Twelve Minutes to find out what this time loop thriller is all about.

PCI: Why did you choose 12 minutes as the time available in each loop? Was it more of a game design choice or was there an artistic element to it as well?

Antonio: It was purely a game design choice. In 2015, I was going to preview the game at PAX East and needed to give the game a title. Instead of picking an overly complicated title like “Conundrum”, I just thought about how long each loop was. At the time, it was around 11 minutes, but twelve minutes just sounded better and was more symbolic.

PCI: Where did the idea of using accumulated knowledge as a main concept for the game originate from?

Antonio: I think it was just something I wanted to play around with. Games already do it naturally where you play a level, die, and then restart. But your character isn’t aware and it doesn’t build up to anything. I just always wanted to explore this concept and make a narrative where there is no failed state. You never really lose the game in this case. 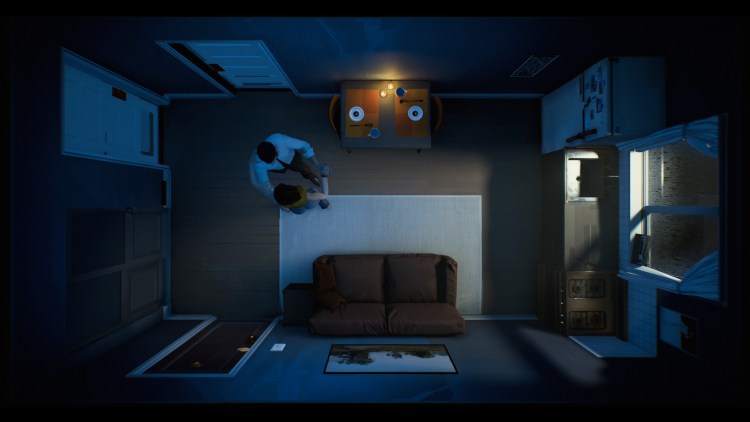 PCI: Twelve Minutes has been in development for many years, was it difficult to bring the game to fruition as an indie developer?

Antonio: The actual development time was six years but there weren’t many difficulties. I just like to take my time and I enjoy game development. There was no real rush as time and money weren’t variables I had to worry about. So, I just tried to avoid crunch and solve the creative and design challenges ahead of me.

PCI: The game originally had a significantly larger scale and scope, was cutting back on certain aspects like the playable area a tough decision to make?

Antonio: Actually, it was quite the opposite. The more options I gave the player, the more confusing it was. Very early on [in development] you could drag bodies around and you could make a lot more combinations using the items available. This tended to mislead players at times and lead to dead ends, so removing things from the game was a welcome choice. Every time I had the opportunity to remove something, I would be happy to do so. This allowed more important objects to stand out more.

PCI: Unlike most other games, Twelve Minutes does not have specific objectives or clearly defined steps in order to progress. What made you decide on throwing players in the middle of a time loop and letting them discover things all on their own?

Antonio: I felt early on if this is a game about knowledge, I had to be very careful with what information I present to the player. That’s why you don’t have the names of the characters, you don’t know what day it is and the clock doesn’t even have an hour hand. Some objectives are pretty obvious, like stopping the man who breaks into your apartment all the time. I just felt it would be more interesting for the players to process things on their own.  It also feels richer and more rewarding if the game flows well. In most time loop movies there is always the right and wrong way to do things. However, in this game, you can be very lovable or very violent. This opens up more options for players while allowing them to also question their own actions. 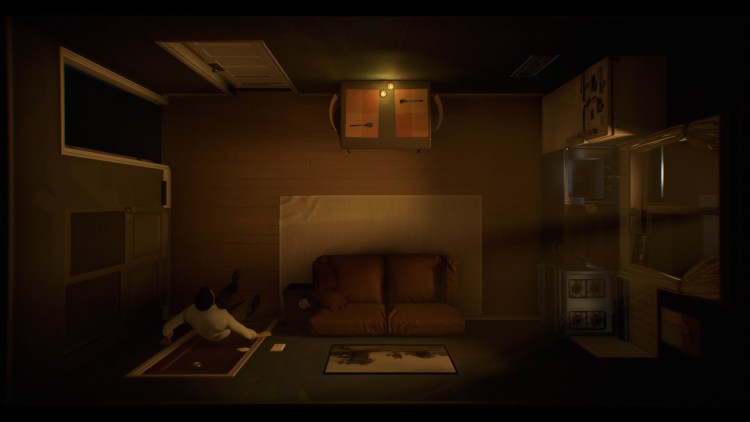 PCI: Twelve Minutes features a star-studded cast of voice actors including James McAvoy, Daisy Ridley, and Willem Dafoe. Can you briefly recount how that came to be?

Antonio: I initially didn’t plan to have voice actors as it was a lot of work. The plan was just to have dialogue balloons instead. But when I started working with Annapurna, we felt that the experience would be more intimate and more cinematic if we added voice acting. So, we hired local actors to play the voices to test it out, and things went really well. From there, we reached out to talented Hollywood actors who could make this more of a movie-like experience. They liked the story, the script and it all just happened.

PCI: Twelve Minutes is inspired by iconic films, such as The Shining, and plays more like an interactive movie than a game. With that being said, how were you still able to keep the video game essence in the game?

Antonio: My goal was to focus mainly on gameplay and design to explore accumulated knowledge. What attracted me more [to the movie-like experience] was the player’s interpretation of the characters and peeling back the layers to reveal who they truly are. That’s when the game started to go towards this genre and I began looking at thriller movies such as Rear Window by Alfred Hitchcock to help develop this project. 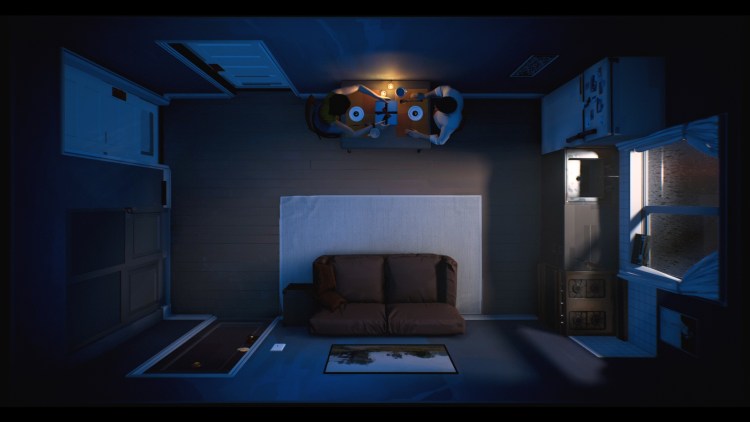 PCI: What made you choose the top-down perspective?

Antonio: At the start, I was still learning to program and so working with only two axes of movement made things easy. But then, it also made the game very accessible and gave it a unique look. It worked very well and we were able to avoid going through the trouble of designing facial animations and using different camera angles. Overall, the reasons to keep the top-down perspective were greater than the reasons to remove it.

PCI: Is there anything you are considering adding to Twelve Minutes in future updates?

Antonio: Yes, we’ve already started implementing some small fixes into the game. For example, many players were getting stuck at points where they had the information needed to progress through the game but didn’t communicate it to the characters. This has caused some confusion and we are making sure the actions required to unlock certain scenarios aren’t as specific. These fixes will help you move forward in the game, as long as you’re on the correct path and have the right idea.

We’d like to thank Luis Antonio for his time and his thoughtful answers. If you haven’t already, you can also check out Twelve Minutes on Steam.

Saints Row: The Third Remastered is now available for free on the Epic Games Store

Silent Hill Townfall from Observation developer gets a teaser trailer