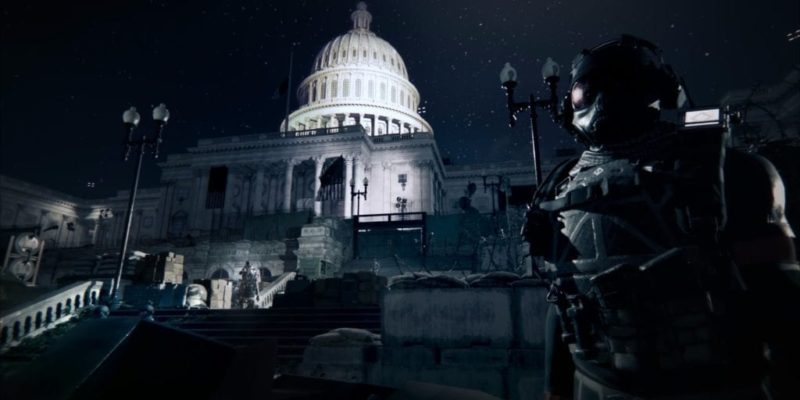 I’m beginning to wonder if Ubisoft apologizing over something with The Division 2 is becoming a trend. The company already issued an apology over an email back in February. Today, Ubisoft has once again found itself thrown under the spotlight. But this time, it’s for something a little more harmful than a poorly worded email.

Players found a homophobic slur in The Division 2. In the game, there’s a large billboard featuring artwork of a cop shoving a bright, pink donut into his mouth. At first, it seems innocent enough, even though the image itself is so stereotypical that it’s honestly boring. But zooming in reveals that the officer is wearing a badge numbered “FA6607.” 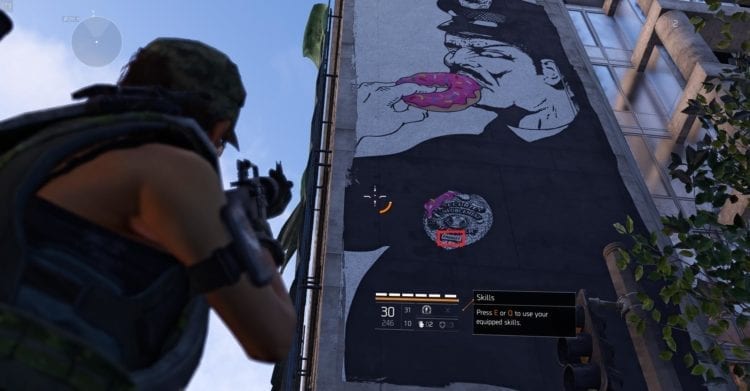 Now, How’d That Get In There?

It really isn’t possible for Ubisoft to try and explain or defend the obvious slur, so it isn’t. The company released a statement apologizing for the art, assuring that it was removed before it corrupted any more of today’s youth.

“It’s been brought to our attention that a piece of street art in Tom Clancy’s The Division 2 contained offensive content,” Ubisoft said in a statement. “We removed the image from the game via a patch on Thursday, April 11.

“We apologize that this image slipped through our content review processes, and we are currently reviewing them in order to avoid this kind of oversight from occurring in the future.”

According to PCGamer, the image itself is actually a parody of previously existing art. The image of the cop was taken, or inspired by, the art for the Black Flag single “Police Story” from 1981. Looking at the original, it’s clear that the cop looks identical to the one in the game. The art also contains the same slur, except without the fancy numbers.

Ubisoft has already apologized before for The Division 2, even before it released. In a February newsletter email sent to subscribers promoting the game’s private beta, the company made a pass at the US government shutdown occurring at that time. “Come see what a real government shutdown looks like in the Private Beta,” read the email’s subject line. It’s not quite as bad as the slur, mind. But someone at Ubisoft clearly has a bad habit of looking before they leap.

By Michael Feghali12 mins ago
Hardware