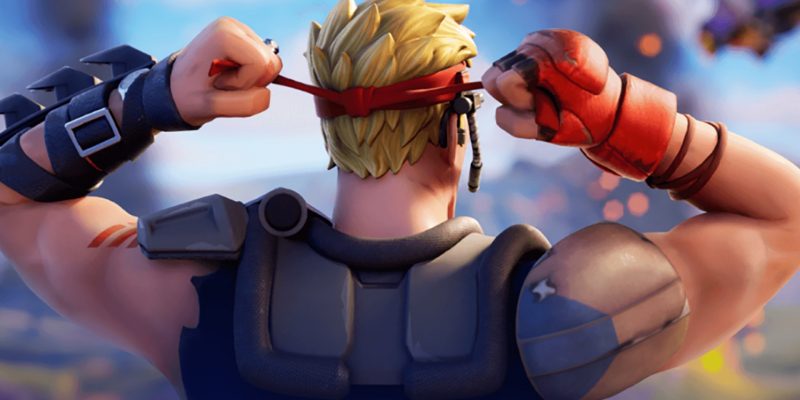 Fortnite Season 6 has allowed fans to experience the story through Spire Quests. Moreover, the recent Foreshadowing Quests could suggest what players can expect from the next season. However, it appears that the next part of the story is already here. Aliens have made their way to the Fortnite island and are already causing chaos. Players are reporting UFOs in the skies of Fortnite and the craft are abducting them.

Once a UFO makes an appearance, they will randomly choose a player to abduct. A well-known Fortnite leaker known as HYPEX posted a clip on their Twitter page of an alien abduction in action. Players will see a light beam towering over them as a warning before they get abducted. They will then be taken up to the ship in just a couple of seconds. After the abduction, they will then spawn back on the Fortnite map in a random location. As you can see from the clip, the player was abducted from Risky Reels. They then found themselves just outside of the Colossal Crops point of interest.

UFOs are taking over Fortnite

Also, if you are low on health in your Fortnite match, getting abducted by a UFO may prove beneficial. As you can see from the clip, the player had no shield prior to the abduction, but received a full shield afterwards. It is important to note that UFOs have the ability to abduct more than one player at once. Entire squads can redeploy to another part of the map. Depending on the situation, this could prove to be useful.

It is currently unknown how the addition of UFOs in Fortnite will transition us into Season 7. Perhaps aliens will be the theme of the new season. With Season 7 just around the corner, players will not have to wait long to find out more.

They seem to appear over Risky Reels a lot!pic.twitter.com/6VVQO2vigj

The Magnificent Trufflepigs review — Once you dig in