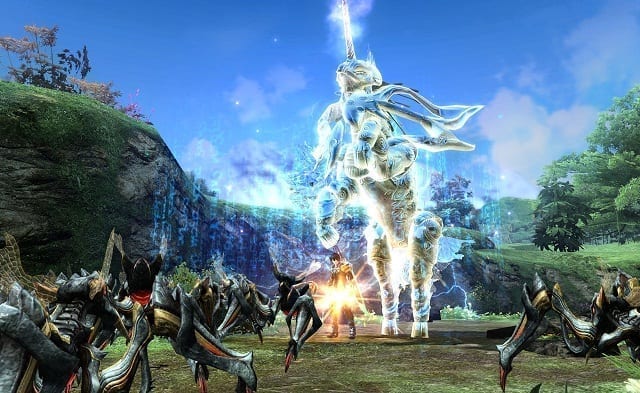 Almost eight years after its initial release in Japan, the free-to-play action-RPG Phantasy Star Online 2 is finally coming to the Western world. Many suspected that the game would only be available through the Windows Store. However, a recent discovery has revealed it will also come to Steam on PC.

The surprising source of the discovery was the game’s manual. This, it turns out, includes instructions on how to launch Phantasy Star Online 2 through Steam – as well as a Windows 10 app, of course. Microsoft has had a hand in localizing PSO2 into English, so they are probably hoping (most likely in vain) that some people will choose their app over Steam.

The welcome discovery was made by ResetEra user wwm0nkey. It was met with much relief as, up until now, we’ve only seen Windows 10 logos in the marketing of the game.

Get ready to live the Phantasy

Not long after the 2012 release of Phantasy Star Online 2, Sega announced that an English version of the game would be on the way shortly. This was music to the ears of fans who loved the original game on the Sega Dreamcast. But with no word on the localization for seven years, the dream died.

Then Microsoft took to the stage at E3 2019 and, out of nowhere, announced an official English release of the game. Better yet, it will release in the second quarter of 2020 for Xbox. When exactly Phantasy Star Online 2 will arrive on PC – and Steam – currently remains unknown. But everything seems to be on track with the Xbox beta set to take place this weekend.

For those who have eagerly awaited Phantasy Star Online 2‘s English arrival (possibly for years), you’ll be pleased to know that the game won’t be region locked. If this is the first time you’ve heard about PSO2, you can check out the E3 reveal trailer below. You can also keep an eye on the game’s official website for more PC-related info.

The snarky Two Weeks in Painland has just been released