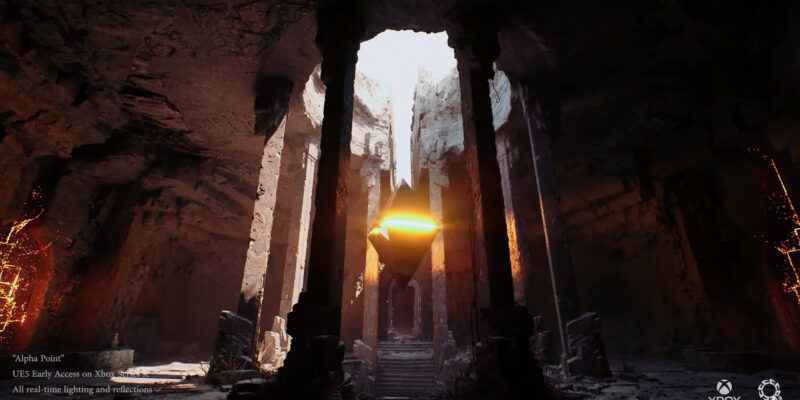 As we’ve seen over the past several years, the push for photorealism in video games is practically in overdrive mode. Developers are coming up with some really impressive stuff these days, and the next few years are going to yield visually compelling games with levels of detail never seen before. Epic Games’ Unreal Engine has long been synonymous with bleeding edge graphics, and the company plans to hold on to that reputation moving forward. Unreal Engine 5 is currently available to select developers for testing , and The Coalition has cooked up a nice little demo called Alpha Point to show what it has learned.

Alpha Point was initially showcased at the Game Developer’s Conference 2021, which is fitting for a tech demo. Initially meant to be nothing more than an internal project, it apparently proved popular enough to warrant a public release. Xbox and The Coalition shared the video on social media channels, and it has become popular to say the least. Alpha Point already has over 200,000 views in just 24 hours. Not bad for a look at some rocks, lighting, and a shiny prism.

Alpha Point features multiple Unreal Engine 5 technologies at work in real time on the Xbox Series X including Nanite geometry, Temporal Super Resolution, and Megascans to name a few. Together, these technologies allow developers to increase the rendering budgets significantly and achieve higher fidelity visual effects without the need to render natively at 4K. The results are what you see, running at 30 fps with an input resolution between 1080-1440p and an output resolution at 4K. Not bad for an APU, especially considering that the consoles equate to about the performance of a RTX 2080.

It should come as no surprise that The Coalition is one of the first few studios to show off the Unreal Engine 5 tech in action. The Coalition is the current developer of the Gears of War franchise, which Epic Games proudly used to make. There are obvious reasons why Epic still collaborates with The Coalition, even though Microsoft owns Gears now. With that said, the assets in Alpha Point do not represent any particular franchise, so don’t get your hopes up for hidden clues.

If you liked the Alpha Point tech demo and want to see more of what’s coming with Unreal Engine 5, there are a few other tech previews out for the new engine. Sony created a demo for the PlayStation 5, and Epic also demonstrated some new effects in another short trailer. Unreal Engine 5 is scheduled to launch in early 2022, but don’t get your hopes up too high about seeing games running on it for a few more years. Once we do start to get some releases though, our GPUs should be more than able to handle it.