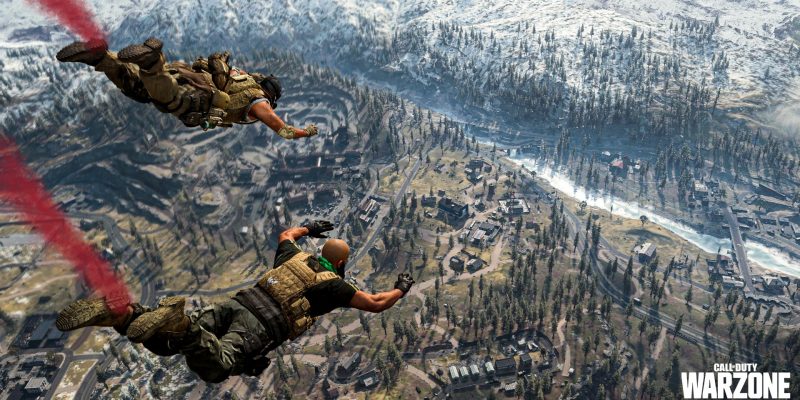 When a new weapon is released in Black Ops Cold War, it is introduced into Warzone at the same time. The developers have an interesting way of releasing new weapons into Call of Duty: Warzone. Before the Sykov pistol was released, the gun began appearing in Warzone’s Plunder game mode along with the CX-9 submachine gun.

Players were able to get their hands on the weapon early and begin levelling up the CX-9 while waiting for its official release. Although the Sykov pistol made its Warzone debut, the CX-9 missed out. Ever since, the submachine gun seemed to completely disappear. Understandably, this led many players to believe that the weapon was scrapped once and for all. A few months later, the CX-9 has made another appearance. This time, an encounter took place in Call of Duty: Modern Warfare 2019’s multiplayer.

A fresh clip of the CX-9 submachine gun has been posted on Reddit. The player states that they received the weapon from a weapon drop. This is a field upgrade that provides you with an additional attachment for your gun, or a customized weapon. With the amount of weapons and attachments in Modern Warfare 2019, it is definitely rare to see the CX-9.

The unreleased CX-9 could switch up the Warzone meta

As you can see from the video, the CX-9 is extremely powerful. The player was able to take down multiple enemies with just a few bullets. Therefore, if the weapon does get released, it could prove to be a strong contender in Call of Duty: Warzone. The video also shows that the player is able to progress the CX-9 and unlock camos.

Once again, players are hoping that the CX-9 will be released into Warzone, or at least one entry in the franchise. The possibility cannot be ruled out. Unfortunately, without confirmation from Activision, it is unknown if you will ever be able to get your hands on it permanently.

Wonder Boy: Asha in Monster World review — Have a heart