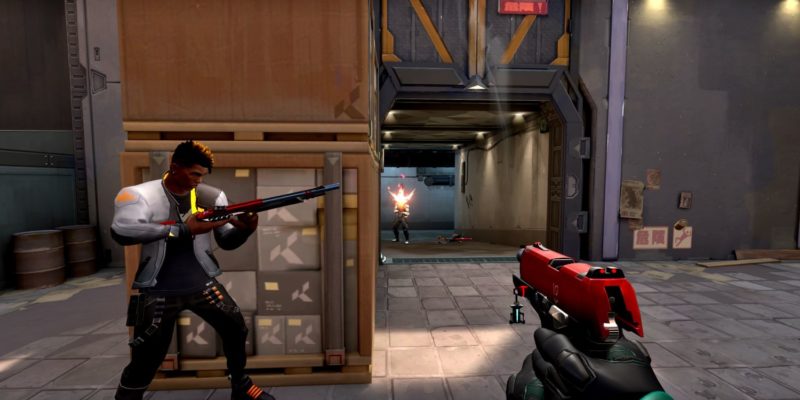 Valorant Episode 3 Act III begins later today, and it brings a lot of new goodies with it. We’ve already met the new agent, Chamber, and have seen what his abilities can do. Unfortunately, Chamber will only be available two weeks into Episode 3 Act III. There’s also a new battle pass with three new skin lines. The one thing we haven’t seen is the patch notes. Until now. Valorant patch 3.09 will drop alongside the new Act.

It doesn’t have any agent changes. Sorry, Yoru mains. You’re going to need to keep waiting for the big rework to the agent. However, Valorant patch 3.09 does include a major nerf to the Classic pistol. It also does some much-needed landscaping around Fracture, the latest map in the rotation.

Slowing down the Classic alt-fire

The Classic is the standard pistol you get for free at the beginning of every Valorant round. It’s meant to be a serviceable weapon that you use when you can’t afford anything else. Every other weapon should be slightly better than it since you need to pay for them. However, the Classic has been racking up alt-fire kills. The shotgun-like right-click allows players to hold angles close to corners, or jump and fire off an accurate spray of bullets far too successfully. 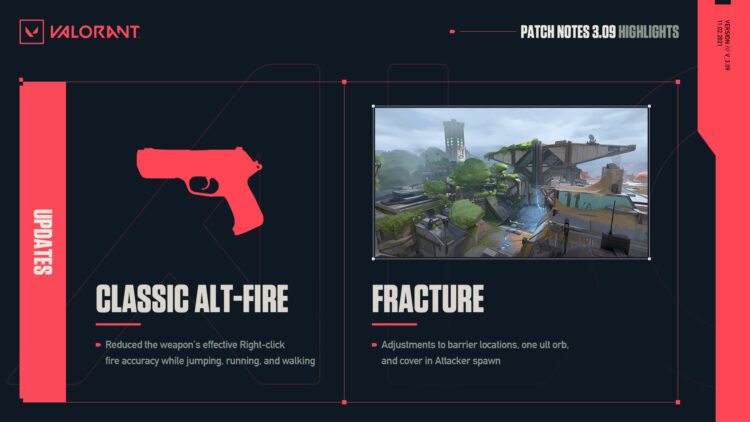 Fracture has been a little too much of an attack-favored map. So, Riot Games has made three changes to help the defending side out. There’s also one change to help attackers. The B Arcade attacker barrier has been moved closer to Attacker Side Bridge. The defender barrier at A Rope is now at the top of ropes. The orb in A Hall has been moved into a more neutral space. And finally, there is a new piece of cover in Attacker spawn to prevent defenders from rushing too easily.

Finally, make sure you don’t miss out on the RiotX Arcane event and cosmetics coming to Valorant this month.

The Bloodborne PS1 Demake will release for PC in January

Games Done Quick unveils the list of speedruns for AGDQ 2022