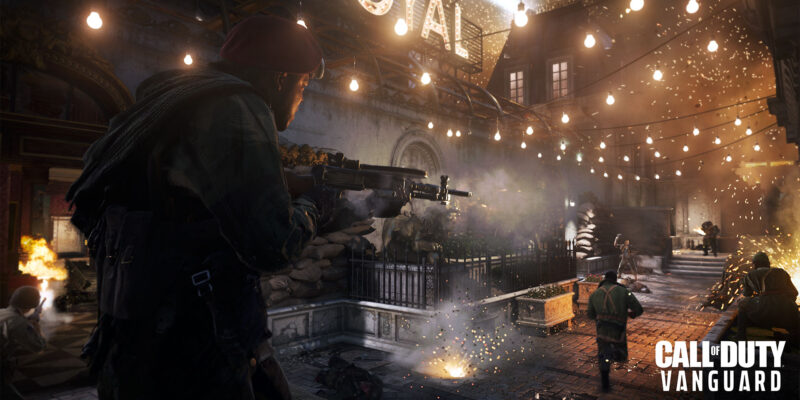 The Call of Duty: Vanguard PC beta kicked off last weekend. This allowed fans to get hands on experience with the new title before release. Across four multiplayer maps, players have been able to try out weapons from every class at a chosen combat pacing. Not long after the beta launched, many players were quick to find that hackers had arrived. Ever since, they have been running rampant in the Vanguard beta, leaving players concerned for the state of the game’s anti-cheat at launch. However, a prominent Call of Duty insider has somewhat put our concerns about hackers in the Vanguard beta at ease.

Tom Henderson has stepped in to explain why the Vanguard beta has been overrun with cheaters. It has been outlined that the Vanguard beta is using the same anti-cheat as Call of Duty: Warzone. As battle royale players already know, this system has not been very effective at keeping hackers away. Then, Henderson goes on to state that a new anti-cheat will roll out when Vanguard releases.

Putting our minds at ease around Call of Duty: Vanguard anti-cheat

Previously, players were concerned that the Vanguard beta was using the new-anti cheat and that it had already been compromised. Thankfully, that’s not the case, leaving players more optimistic about the state of multiplayer when it launches. Not long after that launch, the new anti-cheat system will roll out in Warzone when the Pacific map makes its debut. Then, we can only hope that the hackers are kicked out of the game once and for all.

Today is the final day of the Vanguard beta, so you do not have long left to hop into the action. Then, we have about six weeks to wait for the Vanguard launch. The full version of Call of Duty: Vanguard arrives on November 5.

For those wondering why there's so many hackers in the #Vanguard Beta, it's because the Beta is using the exact same anti-cheat as Warzone (which has been compromised).

New anti-cheat will be coming once Vanguard releases, but it's definitely concerning seeing so many hackers.

By Michael Feghali46 mins ago
Hardware