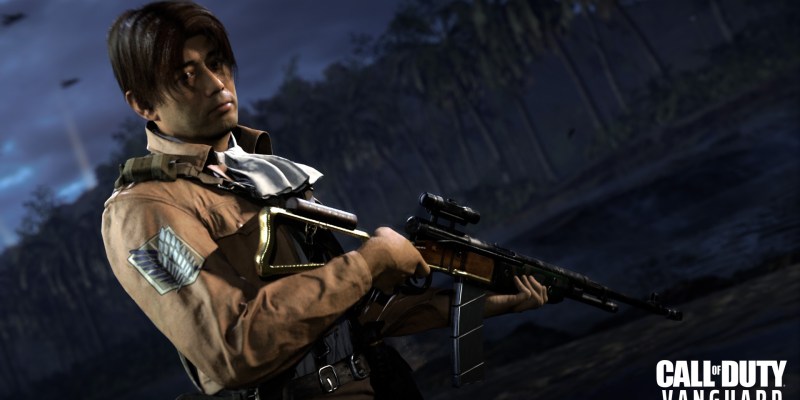 Call of Duty: Vanguard and Warzone Pacific Season One has reached its mid-season update. This has introduced the new Welgun submachine gun, with more content to come. And some updates may take you for surprise. If you are both a Call of Duty and an Attack on Titan fan, an eye-catching bundle is on its way to the in-game store. Call of Duty and the popular anime are having a crossover between the two to celebrate the show entering the second half of its final season. The Attack on Titan bundle will be available in both Vanguard and Warzone Pacific. In total, it will contain 10 items themed around weapons and gear from the anime franchise.

The Tracer Pack: Attack on Titan-Levi Edition bundle contains numerous cosmetics that will be familiar to fans. It includes a Captain Levi Ackerman-inspired operator skin, as well as three weapon blueprints that you can take to the battlefield. The Titan Piercer blueprint resembles the blades that are used in the show. If that was not enough, you can get your hands on the legendary Historia submachine gun and Ymir Curse assault rifle.

Cosmetics that Attack on Titan fans will enjoy

Attack on Titan super fans will recognize the Secret Keeper weapon charm and the Wings of Freedom emblem. These are worn by the Survey Corps who are a part of the military involved in Titan combat. To fully kit out your guns, you can cover them with the One Hot Potato sticker. This is described by Activision as being in memory of a special person.

The crossover between Attack on Titan and Call of Duty: Vanguard and Warzone Pacific will officially begin when the bundle releases on January 20. 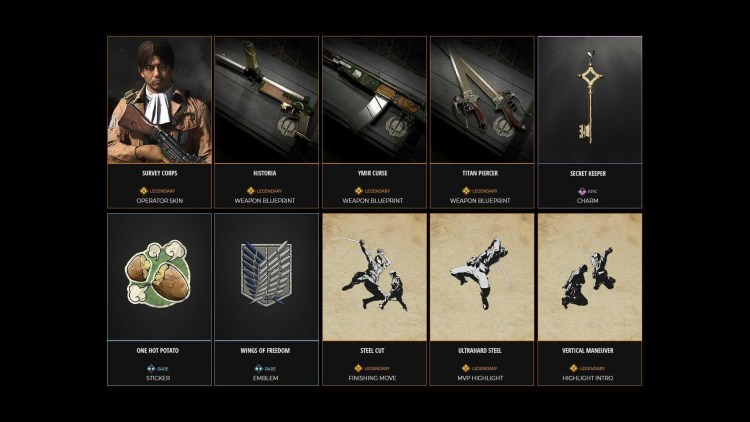