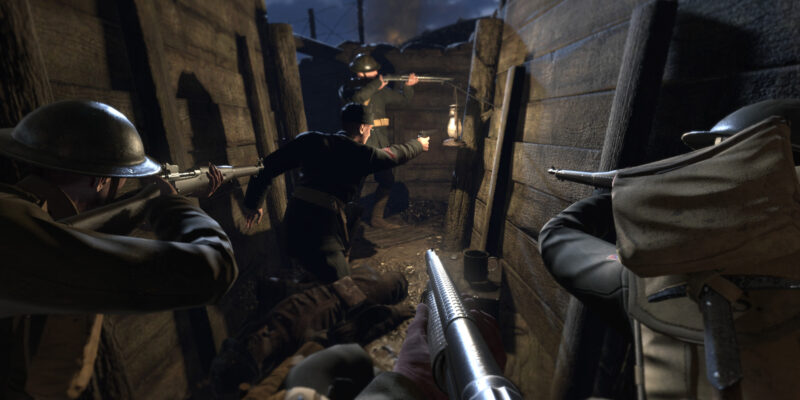 One thing that can always be said about the Epic Games Store is that it always has something new for you to play for free. This week, you can pick up a puzzle game from the creators of Myst along with a RTS made by former developers of the Civilization franchise. Next week will be just as good too, because the WWI shooter Verdun along with the tower defense game Defense Grid: Awakening will be free for you to grab from the Epic Games Store.

There are plenty of gamers that love the first person shooter genre, so it’s safe to say that 2016’s Verdun from M2H and Blackmill Games will be a popular item. Verdun is part of an ongoing World War I franchise, with this particular title focusing on the legendary and horrific trench warfare that took place in France. We’ve been to many battlefronts in video games over the years, but WWI is one that deserves more recognition.

The Great War served as a test grounds for many modern weapons and taught the world an important lesson about the horrors of war when automatic and chemical weapons are available. Verdun is less of a history lesson and more of a battlefield, of course, so you can jump in and not have to worry about accidentally inhaling nerve gas. That’s always a nice concern to lay aside. At any rate, watching the trailer is the best way to get a feel for what to expect.

Another tower of power

If you want something a little more chill and strategic, Epic has another upcoming tower defense game you can pick up. Hidden Path Entertainment released Defense Grid: The Awakening in 2008, so it’s not exactly a modern title, but this is a genre that doesn’t need bleeding edge graphics to be fun. This is also a highly respected title in its genre, so feel free to give it a go if you like to fight off enemy waves along tight corridors. Another plus about this one is that anyone should be able to have a good experience while playing it since the hardware requirements are more than forgiving.

You can claim Verdun and Defense Grid: The Awakening for free on the Epic Games Store next week on July 22 at 11 AM ET. Don’t put it off, because both of these offers will expire on July 29 at the same time. Speaking of which, here’s your second reminder to pick up Obduction and Offworld Trading Company this week.