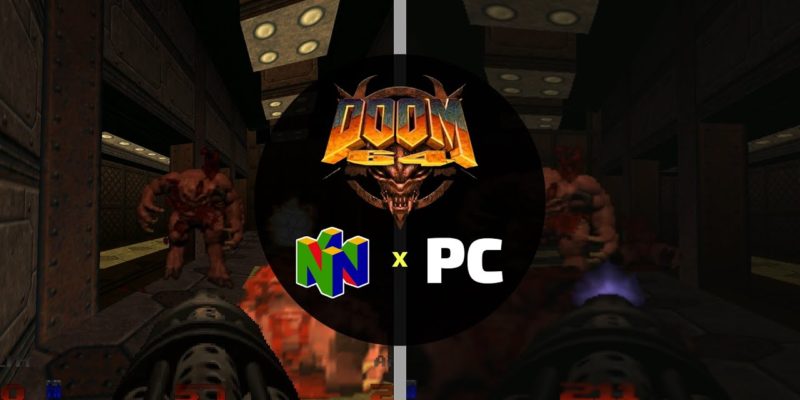 Graphics are temporary, but Doom is eternal. At least, that’s what it would be in a perfect world. But Doom is an old franchise, cutting its fangs when most in-game models were goofy, pixelated cutouts with three frames of animation. Still, id Software and fellow development teams have tried to pretty up its gruesome visage. In 1997, Midway Games brought us Doom 64, a new take on the game featuring unique visuals and enemy designs. Thanks to the efforts of Nightdive Studios and Bethesda, Doom 64 has made it to the home of shooters: the PC. But how does the remaster/port compare to its original Nintendo 64 look?

That’s the big question we went about to answer in our own comparison video. It would be easy to assume that glowed up PC port, with all the fancy improvements, would look better than the muddy graphics of a Nintendo 64-powered game. Well, that assumption would be correct. Doom 64 on the PC certainly looks better, but don’t expect the staggering upgrade you’d expect from a remaster like Halo: Combat Evolved Anniversary. 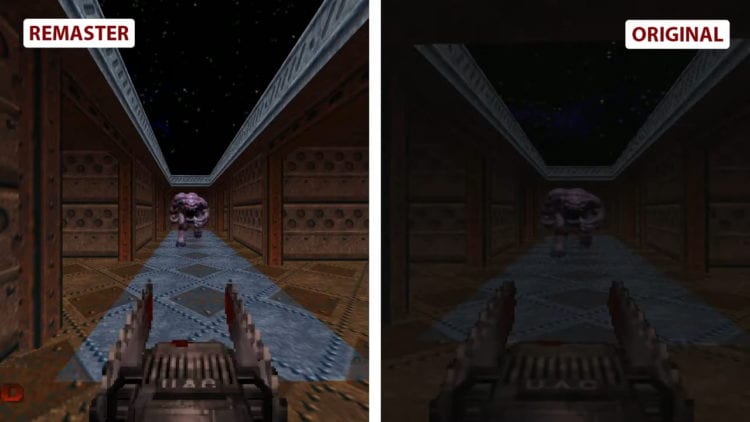 Our efforts to compare did come with an unfortunate caveat. The recording off the Nintendo 64 version turned out a wee bit darker than how the game looked back in 1997. However, the differences are still clear as day in our comparison. Doom 64 on PC is sharper and cleaner and fully widescreen. Even the audio is noticeably better on the more powerful hardware. We did stretch out the ratio for the 64 version to match, so sorry if it looks a tad bloated. It would have looked arguably worse otherwise.

Naturally, this video is all about comparing the looks of the two game versions. If you want to know how well it plays, then I suggest jumping into our tech review.

Dare to compare, but quality is king

Of course, appearances don’t always make the game. Doom 64 does look better comparatively speaking, but the game itself? Ehh? Developed by a team at Midway, the game was met with mixed reception. Some critics marked the game down for not changing up the old song and dance of kill demon, unlock door, kill demon.

Others, however, said it was the best-looking Doom since the ’93 original. I suppose it’s fair to say that not everyone will enjoy Doom 64, but I’m at least thankful to see it come home.

Doom 64 comes packed with Doom Eternal as a pre-order bonus. Otherwise, you can pick it up for $4.99 USD on digital storefronts such as the Bethesda launcher and Steam.