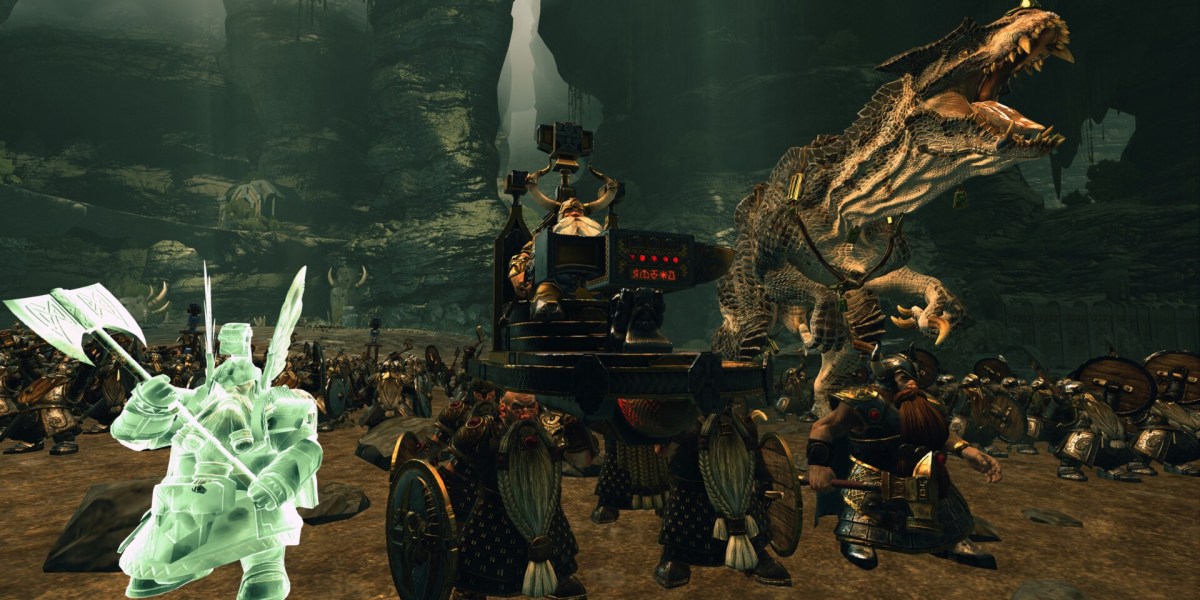 Thorek Ironbrow’s campaign progression is directly tied to reforging new Artifacts to bolster his forces. However, it can take a while because several regions might be held by hostile factions. Here’s our guide to help you with Thorek Ironbrow’s Artifact Vault mechanics and objectives in Total War: Warhammer II.

When you check the Forge, the dozens of items that you see (i.e., weapons, armors, runes, and more) tend to require tradable resources and Oathgold. As for Artifacts, you won’t need to spend Oathgold at all. Instead, each Artifact requires two unique pieces that are found in specific settlements on the map. These have glowing runes surrounding the area, though you can also click on the part’s icon to see the location.

Mind you, conquest is your only recourse, so you have to control, sack, or raze that settlement to claim the unique part. You’re likely to go to war against factions who own these regions just for a single item, which is why you need to plan your moves accordingly. You don’t want to buddy up with Teclis, Khalida, Gor-Rok, or Lord Mazdamundi only to realize that they’ve just captured a settlement with an Artifact piece.

Note: Whenever you reforge an Artifact, a hostile Skaven army will spawn in your territories just to annoy you. 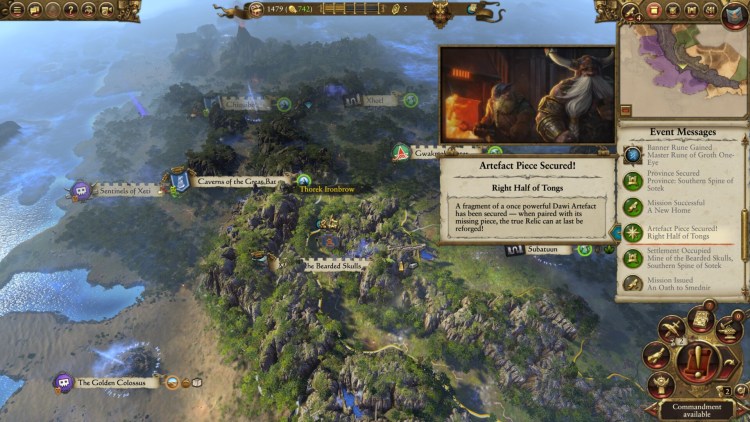 In any case, here are the ones that Thorek Ironbrow can craft in the Artifact Vault in Total War: Warhammer II‘s Vortex campaign:

Remember, you only need to reforge at least five Artifacts to unlock Thorek Ironbrow’s final battle. The first five listed above (i.e. those not related to the Dwarf gods) tend to be the easiest to obtain based on progression, though Thorek’s method of expansion on the map is still up to you. Only the Beard Rings of Grimnir can’t be obtained normally since you need to complete the final battle to acquire the pieces.

Anyway, don’t forget to take a look at our other Total War: Warhammer II guides for Thorek Ironbrow. We’ve got articles about his Klad Brakak unique item and the ultimate challenge in The Lost Vault. 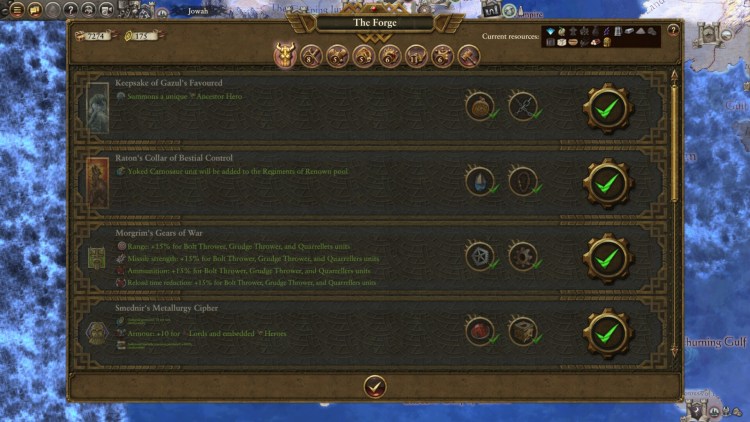