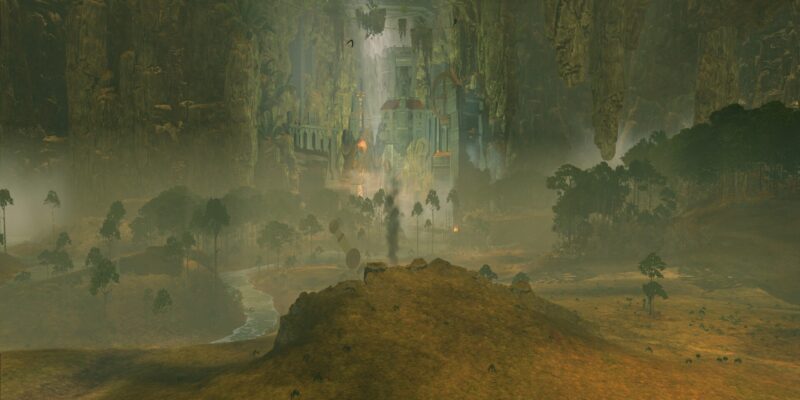 Thorek Ironbrow’s Vortex campaign in Total War: Warhammer II entails reforging at least five Artifacts. Once you’ve done this task, you’ll unlock his final battle. All your enemies here are Skaven, so make sure you’ve got items that can help when fighting them (i.e., the Gatekeeper’s Rat Catcher talisman provides +10% weapon strength when you’re fighting the Thaggoraki). Here’s our guide to help you with The Lost Vault, Thorek Ironbrow’s final battle in Total War: Warhammer II.

So, how exactly does this fight go? Well, for starters, you’ll be up against a small force led by a Warlock Master. You need to take the lone hill on the battlefield, so rush in with your troops as your artillery trudges along.

The initial enemy force is negligible and it will soon rout. But, more surprises will come. 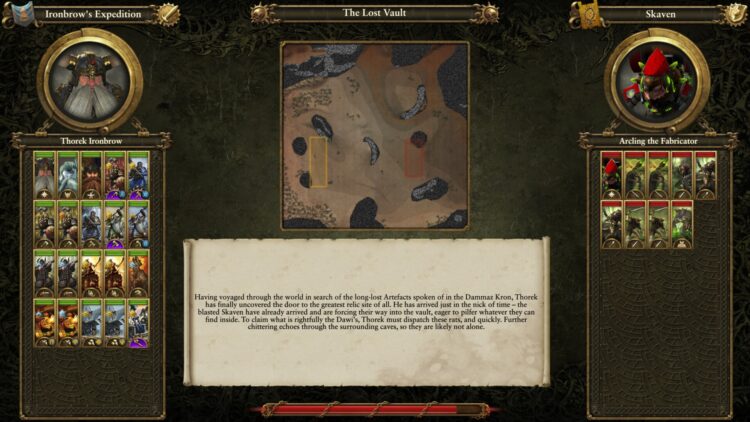 Three additional Skaven armies (roughly 5,000 troops) will be pouring in from the east, west, and north, and the Warlock Master will make his return too. The armies are comprised of everything from Skavenslaves, Clan Rats, Stormvermin, Doomwheels, Rat Ogres, Brood Horrors, Hell Pit Abominations, you name it.

The idea here is to form a defensive perimeter on the hill (i.e., the reliable Dwarfen box). Assuming you have a lot of artillery pieces (i.e., Organ Guns, Grudge Throwers, and Flame Cannons), make sure they’ve got a line of fire to eliminate scores of hostiles. 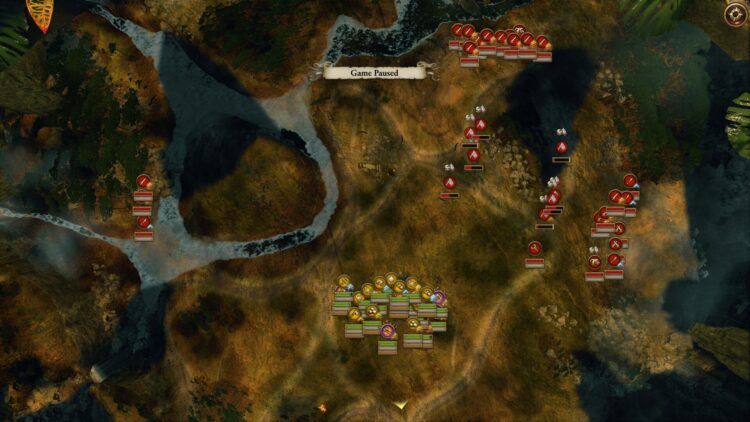 As far as I can tell, the western flank tends to have fewer enemy units, and some might even swing to the east. As such, you can have most of your troops safeguard the eastern flank (which is also where the Skaven from the north will head towards).

Still, try to have heroes (i.e., Runesmith and Thane/Ancestor Hero), and maybe troops with Great Weapons get ready on the western side. It’s still possible for Rat Ogres and Brood Horrors to pop up there. Likewise, you’ll have to contend with Master Assassins and Assassins that will harass your units. 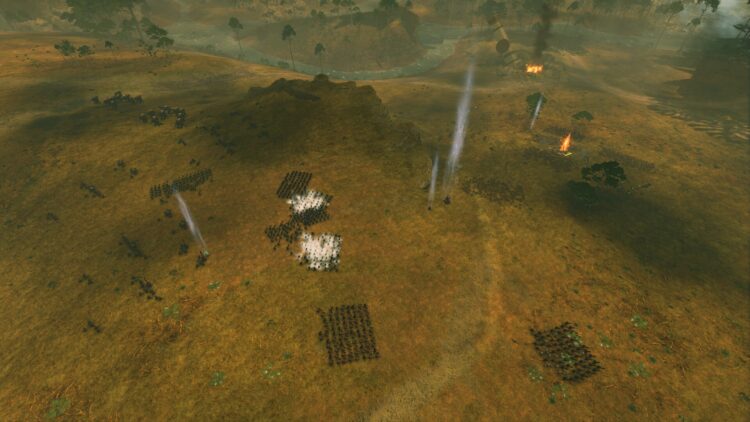 Perhaps the biggest threats you’ll face here are the Skaven ranged units (i.e., Ratling Gunners and Death Globe Bombadiers) and war machines (i.e., Doom Flayers). The former can make mincemeat of your infantry warriors while they’re engaged. The latter, meanwhile, can bypass your defensive line and strike your artillery or missile units.

If you have the Yoked Carnosaur and/or Mournfang Cavalry units (from the Ogre Mercenaries FLC), you can get them to rush these opposing hostiles before they can cause a ruckus. 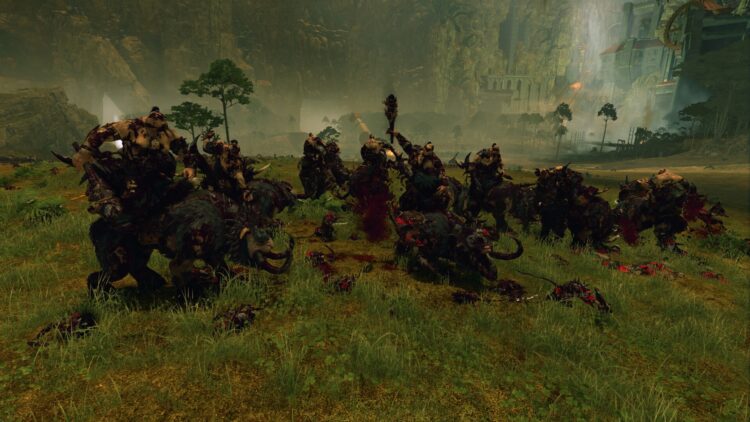 Make good use of your Rune Magic. The “Rune of Negation” and “Rune of Oath & Steel” are vital when trying to bolster your sturdy warriors’ defenses. Meanwhile, the “Rune of Wrath & Ruin” is a deadly nuke that can waste so many ratmen if they’re bunched up together.

Likewise, you’ll gain an ability called the “Ancestral Rune of Grimnir.” It’s an AoE spell that spawns a magical axe, crashing down on foes and demolishing them. You have five uses of these, so make them count. 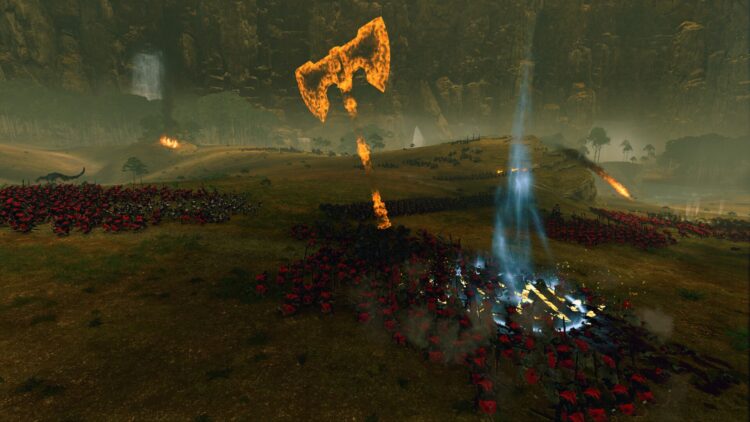 Eventually, you’ll kill off the Warlock Master, as well as the remaining Skaven leaders and monsters. The rest will rout, and you’ll win the battle. This victory provides you with 100 Oathgold and 15,000 gold.

Lastly, you’ll obtain the two items needed for the Beard Rings of Grimnir Artifact. This allows you to cast the magical axe spell that you used during the battle. 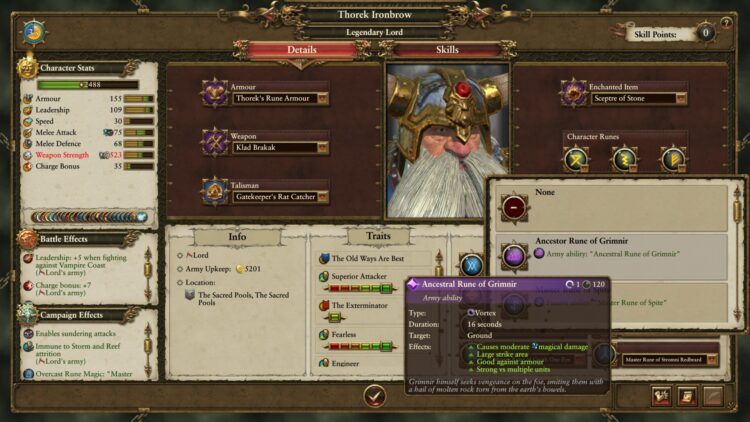