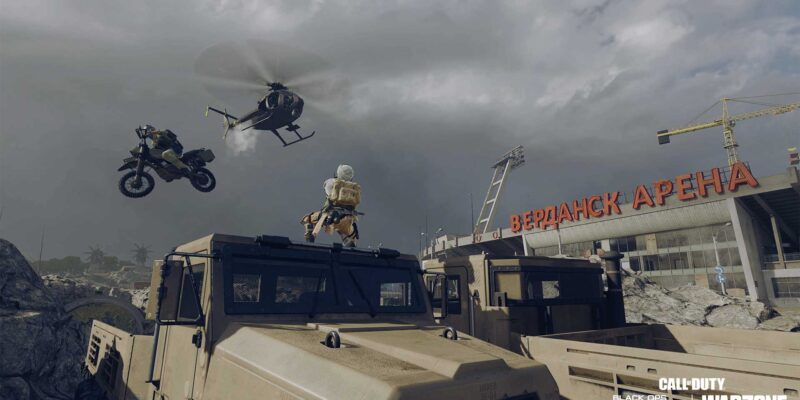 There are many forms of transportation that you can use to travel around Verdansk ’84. From the Bertha cargo truck to helicopters, you are not short on options. The Dirt Bike was the most recent vehicle to be added into Warzone, with the Black Ops Cold War integration. Since the Dirt Bike made its way into the game, players have been using them to pull off some impressive stunts. Now, players have discovered a bug which turns the Dirt Bike into a deadly weapon in Warzone.

A clip was posted on the Warzone Reddit page, showing the strategy in action. To pull it off, all you have to do is get your hands on some C4. You can either find it by looting, or equip it to your loadout. Additionally, using the Restock perk on your loadout will allow you to pull off this trick over and over again. As you can see from the clip, the player is driving around Verdansk ’84 with C4 attached to the front of the Dirt Bike. Then, an enemy vehicle is spotted by the player. Following this, the player drives their Dirt Bike straight into the car which detonates the C4. Consequently this causes the car to blow up, eliminating everyone inside. However, the Dirt Bike and the player riding it, stay in tact.

The Dirt Bike and C4 is a deadly combination in Warzone

The Warzone bug basically turns the Dirt Bike into a missile which you can control. Using a motorbike this way does seem to be an unintended mechanic. At the time of writing, developer Raven Software is yet to provide a response. For now, you can only hope that the team address this issue quickly. Until then, hope and pray that you don’t run into a player on a Dirt Bike making use of this strategy. To keep an eye on all the bugs and glitches that the developer is working on, you can check out the Warzone Trello Board.

So apparently having a c4 on the front of your dirt bike doesn’t damage you or blow up your bike. Fun times from CODWarzone