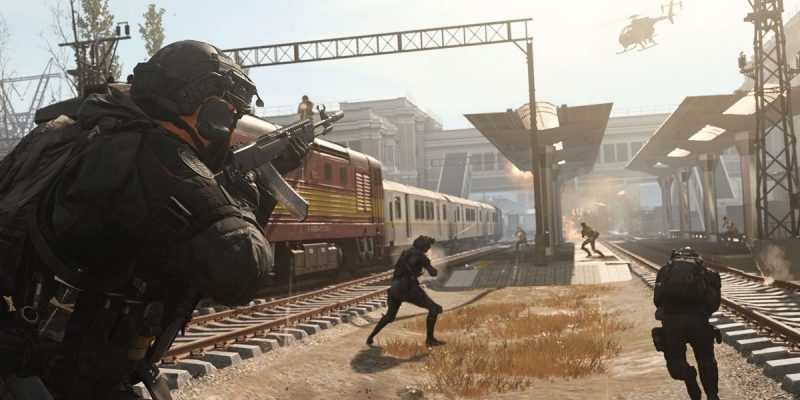 Call of Duty: Warzone has been out for just over a year. Since the beginning of the battle royale, various bugs and glitches have been present in the game. The recent Season Two Reloaded update brought an array of new bugs to the game. This includes old glitches such as the invisibility bug, which resulted in helicopters being disabled. Also, some new problems have come to light such as a bug allowing players to be able to shoot while downed in Warzone. Usually when you are downed by an enemy player, you are left defenseless. All you can do is wait for a teammate to revive you or use your self revive kit if you have one. Now it appears that this is not always the case thanks to a bug.

A Call of Duty: Warzone fan showed the glitch in action on the Warzone Reddit page. As you can see, the player is engaged in a gunfight with an opponent. Just before going down, they use a spray paint. This causes them to still have their gun in hand when in a downed state. Although the downed player was taken out by the enemy straight away, it could have proven to be problematic.

How prominent will the Warzone downed bug be?

As you can see from the clip, you have to make use of the spray at the correct time to keep your weapon out when downed. However, the timing needs to be very accurate. It may be difficult for players to pull it off consistently. With that being said, you may be able to pull it off consistently with practice. However, if players do begin to use the bug allowing them to shoot while downed, it may prompt the developers to respond. Until then, you can view what bugs and glitches Raven Software is working on using the Warzone Trello Board.